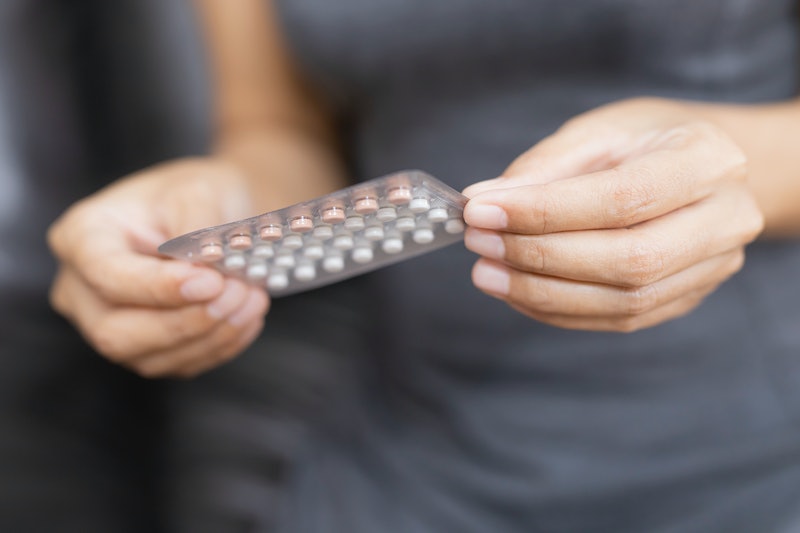 In a move that’s been described as "a landmark opportunity in women's health," the government will review whether two contraceptive pills could be sold over the counter in UK pharmacies, meaning you would not require a prescription from a doctor.

Over the last twelve months, studies have highlighted how difficult it’s been for some people to access contraception and basic sexual healthcare. A study conducted by IPSOS Mori on behalf of MSI Reproductive Choices found that, of the 1,000 people they spoke to, 35% said they’d tried to access a contraceptive service during the pandemic and thought that the service had got worse. Elsewhere, 24% of respondents said they’ve needed to access contraception but felt like they’d been left in the dark about how to access it.

The Medicines & Healthcare Products Regulatory Agency are leading the public consultation on the reclassification of two contraceptive pills to discover ways in which to make them more accessible during COVID and beyond.

Which Contraceptive Pill(s) Would This Impact?

There are two pills being considered for reclassification: Lovima 75 microgram tablets and Hana 75 microgram tablets. Both are progesterone-only pills and currently require a prescription from a doctor. They contain progestogen desogestrel and are sometimes referred to as "the mini pill"

Under the new proposition, people will be able to pick up their pills at the pharmacy. Upon first visit, they would receive a three month supply and, after that, they could go back for a year’s supply.

What Is A Public Consultation?

Right now, the pills are under public consultation – meaning people are invited to share their opinions about whether or not they should be reclassified.

Dr Sarah Branch from the Medicines & Healthcare Products Regulatory Agency (MHRA) has said that the more perspectives they get, the better. "We hope to hear from as many people and women's groups as possible," she told the BBC.

Can You Take Part In The Public Consultation?

Yes, you can have your say by completing the form for Lovima here and for Hana here.

How Long Before We Find Out Whether The Pills Have Been Reclassified?

The public consultation closes on March 5, 2021, and it's likely to be a number of weeks before there is any confirmation on what the results mean and whether the pills will be reclassified.

However, as the British Pregnancy Advisory Service's chief executive Clare Murphy has pointed out, if and when the pills do become available via pharmacies, they will need to be sold at an appropriate price point. "Emergency contraception in many pharmacies is still hugely over-priced," Murphy tweeted in February. "Let’s not make the same mistake with this pill too."