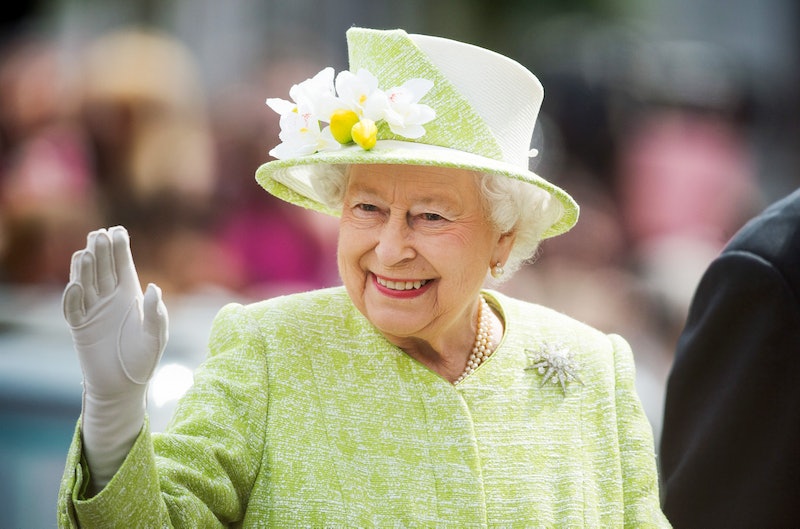 Kate Middleton and Prince William aren’t the only royals to embrace Zoom meetings while in quarantine. Queen Elizabeth had a virtual meeting last week with the UK Foreign Office to discuss their Covid-19 response “and take part in the virtual unveiling of a new portrait of Her Majesty,” so was announced on the Royal Family’s Instagram account on Sunday.

The Queen looked as chic as ever, wearing a yellow and blue floral silk dress, diamond floral brooch, and two-stranded pearl necklace. The dress wasn’t just any dress, however, as she’s often known to use her wardrobe to make silent nods and subtle statements about everything from the state of the union to support for one country or another. And last week was no exception.

According to Color Psychology, yellow is a color that emotes energy, optimism, confidence, and joy. As such, it’s no wonder that she chose to wear the hue for a conference during which she was praising the UK’s handling of the global pandemic as well as accepting the newest Royal portrait with exuberance.

Sensational Color also added, “it stimulates our nerves, glands, and brain, making us more alert and energized. Yellow boosts our memory, and it encourages communication. It’s a color that promotes activity and interaction.” Thus, it seems, her color choice was also a call-to-action, of sorts, asking all UK citizens to support the Foreign Office’s efforts.

As Covid-19 continues to run rampant, the Queen seems to be offering an optimistic message to the UK and to the world, both verbally as well as through her wardrobe. Tap through to see her yellow and blue look below.