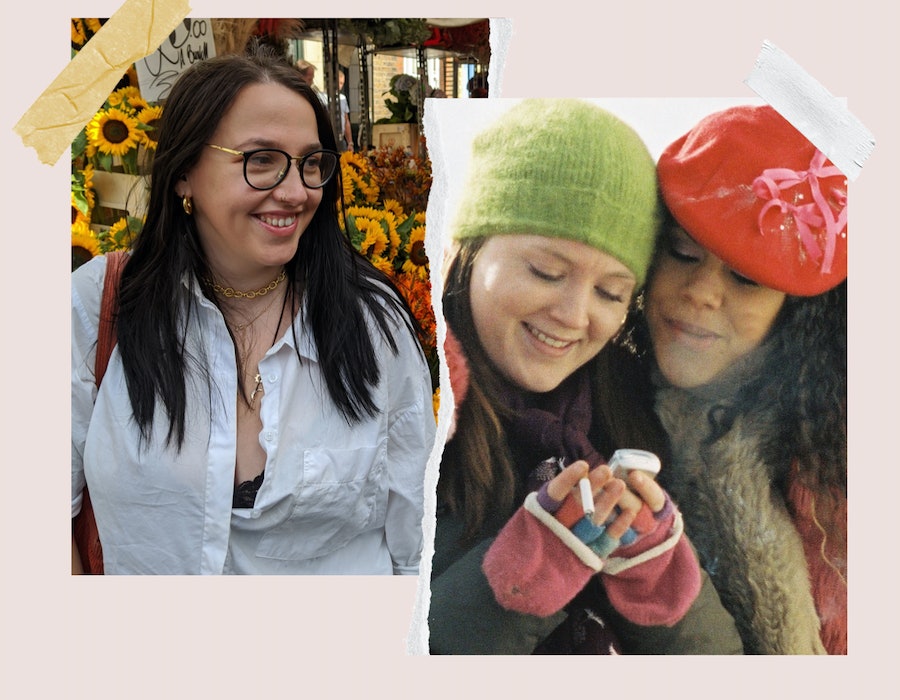 In a bid to celebrate LGBT+ History Month in some small way this year, I decided to rewatch Channel 4’s seminal queer teen saga Sugar Rush. As soon as the opening credits started and Blondie’s “One Way or Another” blared, I was 13 again, sneaking upstairs to devour hours of the series in my room alone. As a bisexual teen, seeing women loving other women on screen completely liberated me. Sugar Rush was the first thing that normalised someone falling for their best friend and, on rewatching it as an adult, I found it meant as much to me today as it did over 15 years ago.

In all the years of lack lustre sex education I received at school, not once was there a mention of LGBTQ+ relationships. And, of course, social media wasn’t around yet. So when Sugar Rush suddenly came into my life, it was truly groundbreaking. There was Kim, an equally confused and sexually frustrated girl who was completely obsessed with her best friend. I saw myself for the first time.

Annie* moved to my school when we were 13. I’d just started experimenting with blue eyeshadow and too much eyeliner. When my form tutor sat her next to me and asked me to show her around, I thought I’d hit the jackpot. She was tall, conventionally beautiful, and when one of the boys wolf whistled at her, she swore at him and asked me what music I was into. I was speechless.

Over the weeks and months that followed, we’d take pictures of each other for Myspace, dye the ends of our hair (and much of my parent's bathroom) purple, and spend hours talking. Not only did she know when all the good gigs were happening in Manchester, she knew exactly what to say to her mum to convince her to let us go.

I don’t think I knew I fancied Annie straight away. Being queer was a homophobic insult that boys threw around in the playground, not a sexual label. But I never wanted to be with anyone else. I didn’t see the point. So, when my uncle bought me the Sugar Rush box set for Christmas (having no idea what the content of the show entailed...) it’s like someone turned a spotlight on my crush. I couldn’t ignore it anymore.

The series follows Kim, whose family moves from London to Brighton when she is 15. Among the chaos of a difficult home life, Kim meets Sugar, whose messiness and dangerous attitude is polar opposite from what she's known before. Almost immediately, Kim falls head over heels – but her love isn’t reciprocated.

Sugar Rush felt like a much cooler version of what my crush on Annie could be. Instead of running around Brighton Pier, drinking, and planning wild trips to Paris, we spent most of our time gossiping at the back of biology. But seeing Kim’s crush on screen – however toxic, unreciprocated, and problematic it may have been – legitimised mine. I felt like suddenly I was allowed to feel all these feelings towards Annie, Megan Fox, and my childhood babysitter. It wasn’t wrong to be attracted to men and women.

And that’s why Sugar Rush feels pioneering, even 15 years on. Over the last few years, we’ve been truly blessed with queer dramas. I could tell you in too much detail every romance that happened in Orange Is The New Black and The Bisexual rocked my world. Euphoria, Sex Education, and Schitts Creek are all mainstream shows that portray happy and healthy LGBTQ+ relationships. But Sugar Rush walked so they could run.

It was the first UK show to celebrate female pleasure and sexuality in an open way as something that’s healthy. Kim’s crush is presented as something legitimate. It’s not sexualised or reduced to a silly childhood infatuation. Many roundups of queer UK dramas will hold up Queer As Folk as being a breakthrough series, but Sugar Rush isn’t afforded the same acclaim. The U.S. series The L Word is heralded as more impactful – but, for me, those women felt too far away to be real.

Watching Sugar Rush again, over a decade on and seven years after coming out, I still get the warm feeling of being seen. Like Sugar and Kim, nothing ever happened between me and Annie. She found new friends and we grew up. But my infatuation with her was so formative, and Sugar Rush feels so tightly linked to it. It’s like Kim and Sugar were more knowledgeable friends who could share their secrets with me.

It’s clear that there are issues with Sugar Rush. It was a product of its time and there were definitely some questionable scenes regarding consent and homophobia. But it will always hold a special place in my heart as the series that showed me that loving your best mate is OK and pleasure isn’t something to be scared of. Thanks to that show, I knew I was fine just the way I was.

*name has been changed to protect the individual’s identity

More like this
Why Being “Too Sensitive” In Relationships Is A Good Thing
By Lexi Inks
18 Hinge Prompt Answers To Try If You’re Looking For Something Casual
By Lexi Inks
Adam Ali Hopes 'Waterloo Road' Will “Subvert” Queer Misconceptions
By Sam Ramsden
Gen Z Are Twice As Likely To Identify As Queer, According To New Data
By Sam Ramsden
Get The Very Best Of Bustle/UK
Sign up for Bustle UK's twice-weekly newsletter, featuring the latest must-watch TV, moving personal stories, and expert advice on the hottest viral buys.