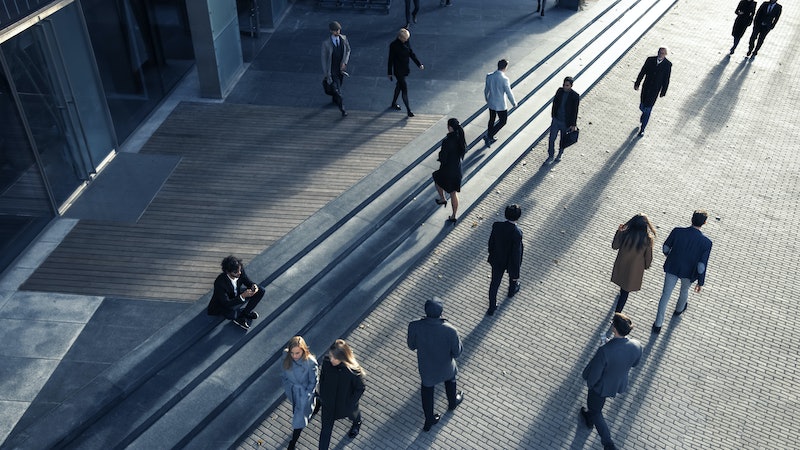 Staff working at more than 30 firms across the UK will be working a four-day week for the same salary as an experimental pilot gets underway this week. The six-month trial led by 4 Day Week Global will see employees from 36 organisations completing the same amount of work over up to 35 hours each week, but split over four days rather than the usual five.

Campaigners calling for the reduction in the number of working days have said the trial will “herald in a bold new way of working in 2022”, boosting productivity and creating a better work-life balance. However, some critics say that it could lead to more stress and overworking if employees attempt to squeeze more work into fewer hours.

Local researchers, along with teams at Cambridge University, Oxford University, and Boston College, will work with the organisations to assess the impact of the scheme on productivity in the workplace and employee wellbeing, as well as the wider impact on the environment and gender equality.

It's not the first time the UK has introduced such a scheme, the four-day working week has been trialled in the past during high levels of unemployment, such as the first Thatcher government which inherited and maintained a similar initiative during the 1979-1982 recession.

Intrigued? Here’s everything you need to know about the four-day working week pilot programme in the UK.

How Does The Four-Day Week Pilot Work?

The four-day working week pilot scheme, launched in the UK on Jan. 17, is a coordinated six-month trial of the four-day week in over 30 UK businesses. The experimental pilot is coordinated by 4 Day Week Global in partnership with think tank Autonomy and the 4 Day Week Campaign, with help from researchers at Cambridge University, Oxford University, and Boston College, as well as local researchers in each region.

The pilot programme aims to study the impact of a shorter work week on wellbeing, productivity, and gender equality in the office, and will run alongside similar pilot schemes in Ireland, the United States, Canada, Australia, and New Zealand.

Who Is The Four-Day Week For?

At first, it might seem that the four-day working week scheme would tend to favour “traditional” 9-5 roles and office jobs, however there are already examples of construction, engineering, retail, and hospitality companies all moving to a four-day week in the UK.

How the changes would be implemented for rota and shift work however, is unclear. 4 Day Week says that “rota and shift patterns would have to be smartly re-organised and as a result of workers getting more rest and therefore being in better physical shape, productivity would likely go up in the longer-term,” but it would be down to individual organisations to work it how they see fit.

The same goes for part-time staff, although 4 Day Week insists there are options available, such as reducing the hours of those working part time in line with the reduction of full-time employees work from five days to four (reduction of 20%).

Whilst implementing a four-day working week has its advantages, it does leave questions for wider policy changes in the UK. For example, zero hours contract workers on low-incomes might not be able to afford to take home less pay on a four-day week. As such, the advocates behind the four-day week are also campaigning for legally and socially accepted wages in all sectors, as well as a higher living wage, a ban on zero hours contracts and an extension of workers rights.

Which Companies Are Taking Part In The Four-Day Working Week?

Over 30 organisations in the UK across multiple sectors are taking part in the six-month trial, meaning they are officially accredited under the 4 Day Week Campaign’s scheme. From Charlton Morris, a recruiter company based out of Leeds, to Common Knowledge, a nonprofit workers’ cooperative that builds digital infrastructure for grassroots social movements, in London.

To find out which companies offer a four-day working week, and which accreditation they hold, see 4 Day Week.

How Can You Take Part In A Four-Day Working Week?

4 Day Week offers advice for both organisations and employees with regards to getting involved with the four-day working week pilot scheme. Seeking support through colleagues, line managers, and trade unions can be the key to starting a successful pilot programme. If your organisation already offers a four-day week in some shape or form, your company can also apply to be accredited by 4 Day Week.

Organisations interested in a six-month trial can sign up to the UK pilot programme via 4 Day Week Global, who will offer support for preparation, training, and onboarding as well as helping to establish baseline metrics for the research aspect of the pilot scheme.

More like this
Paula Sutton Is Instagram’s Queen Of Cottagecore
By Shahed Ezaydi
The Church Of Scotland Votes To Allow Same-Sex Marriages
By Sam Ramsden
81 Epic Truth Or Drink Questions To Play 'Say It Or Shot It' With
By Bustle UK
What Dreams About Being Lost Mean, According To Experts
By Carolyn Steber
Get The Very Best Of Bustle/UK