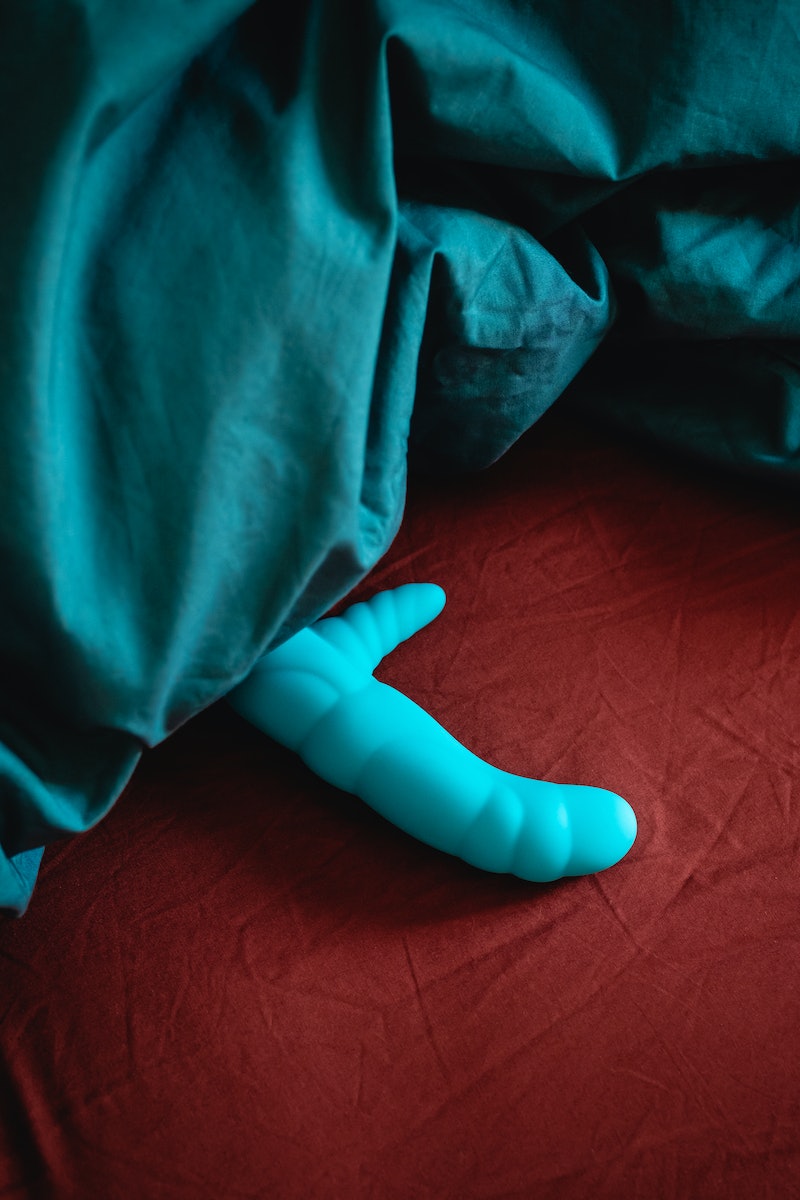 On Sept. 19, when Vice reported that that New Yorker staff writer Jeffrey Toobin had been suspended for exposing himself on a Zoom call, Twitter flew into a frenzy. Amid relentlessly bad news, "Zoom Dick!" was the episode of 2020 many never saw coming.

I do not know, but the assumption that this might be a uniquely male form of multitasking made me want to test it. Is this something only a man would do, or in these uncertain times, are women are doing it, too?

"Working from home gives you so much flexibility."

For Victoria, 26, a writer based in New York City, moving back in with her parents to quarantine meant a lot more free time for self-pleasure, but the opportunity came hand-in-hand with risk.

Of course, all three women take steps to keep their mid-day pick-me-up private from co-workers who are one click away. For Melissa, that means remembering to keep her vibrators out of the camera's view. For Victoria, it's investing in quiet vibrators, as well as toys that look less obviously sexual. But that doesn't mean they haven't had close calls.

"I was running late to a Zoom meeting and almost turned on my video camera while I was still naked," Carrie says. "With one wrong click, I could have ended my career."

Interviews have been edited for clarity and length.

More like this
My Partner Wants Me To Wear A Diaper During Sex. Help!
By Sophia Benoit
18 Hinge Prompt Answers To Try If You’re Looking For Something Casual
By Lexi Inks
90 Epic Truth Or Drink Questions To Play 'Say It Or Shot It' With
By Bustle UK
12 Active Date Ideas That'll Get You & Your Boo Outside
By Lexi Inks
Get Even More From Bustle — Sign Up For The Newsletter
From hair trends to relationship advice, our daily newsletter has everything you need to sound like a person who’s on TikTok, even if you aren’t.