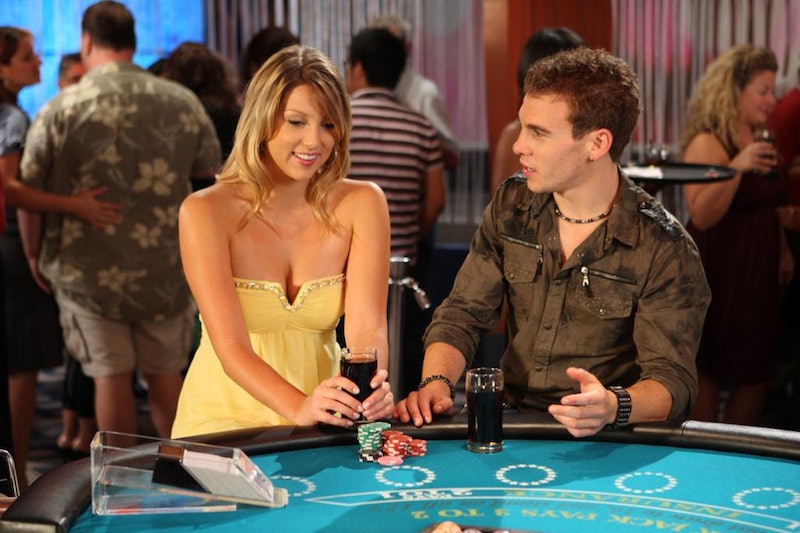 Degrassi is an institution for preteens and teens who love seeing high school drama played out onscreen for them. The Canadian show was canceled, but luckily, Netflix picked up Degrassi to air Season 15 as Degrassi: Next Class. Of course, as a fan of the earlier seasons of the show I have to wonder, will Degrassi: The Next Generation be on Netflix too? While Degrassi: The Next Generation is the version of the show most 20 to 30 year olds remember, the Degrassi world really started over 30 years ago and ran throughout the 1980s. (Some of the original actors then played parents on Degrassi: The Next Generation — like Emma's mom Spike.) Since Degrassi is built to let generations appreciate it throughout the years (the teen soap replaces characters once they age out of school), newer fans of Degrassi may not care about seeing all of The Next Generation. But anyone who has lived through the antics of Jimmy, Craig, Manny, and Emma will want to be able to access those old episodes.

Clearly, I was a fan of Degrassi: The Next Generation during the time of Degrassi's graduating class of 2007, but no matter which grouping of students was your favorite in the 14-season run, the thought of The Next Generation being taken off the air was devastating. Since Netflix is saving the show, wouldn't it make sense for them to provide all of the TGN episodes to view? Yet, right now, TGN is not available to stream and can only be viewed through Netflix DVD. When searching for Degrassi on Netflix, only the Next Class pops up with an "early 2016" release date.

But just because you can't get The Next Generation on Netflix streaming right now (I have hope that they will make a deal after Next Class has started to air), doesn't mean you have to say goodbye to The Next Generation just yet. TeenNick is honoring the series finale of their version of the show with a two-week event with new Degrassi: The Next Generation episodes. TeenNick also has an assortment of some full episodes on its website for you to watch, but it's not the same as having unlimited access to all 14 Seasons like Netflix would provide.

Degrassi has been a 35-year adventure with The Next Generation being the longest-running TV drama series in Canada, according to Entertainment Weekly. The Next Generation portion comes to end when the Season 14 finale airs on July 31 on TeenNick. And while you can't watch it on Netflix just yet, the memories of the dramas of Degrassi: The Next Generation will live in fans hearts forever... and then hopefully on a streaming service.

More like this
Jesse Tyler Ferguson Had A Funny Run-In With A Fellow ‘Modern Family’ Alum
By Grace Wehniainen
“The Door Is Always Open” For Another 'Breaking Bad' Spin-Off, Says AMC Boss
By El Hunt
What’s New On Netflix: Lana Condor’s Ghostly Comedy & A Sexy Reality Series
By Arya Roshanian
What’s New On Netflix: 'Stranger Things' & 'Mean Girls'
By Arya Roshanian
Get Even More From Bustle — Sign Up For The Newsletter