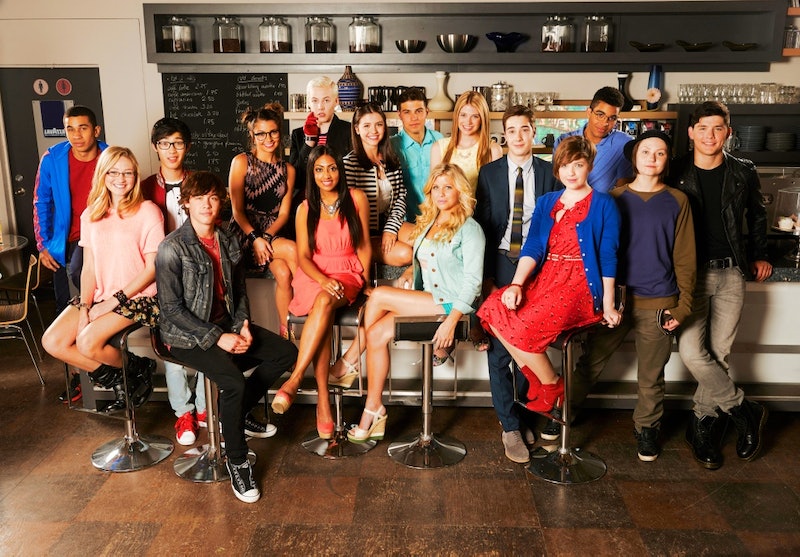 Just last week it was reported that the long-running teen drama Degrassi would be coming to an end. We cried for Holly J and Declan. We dreamed about Wheelchair Jimmy. We found ourselves singing, "Oh Canada" into the night. But wipe those tears away, folks, I have some good news for fans — Degrassi was picked up by Netflix as well as Canada's Family Channel, according to Entertainment Weekly. The show will continue in its 15th season as Degrassi: Next Class with 20 brand-new episodes set to stream (and air) in early 2016. Whether or not Netflix will release the previous seasons along with the new one has yet to be announced. Considering the streaming service is the King of Watch-A-Thons, I can't imagine the streaming service would miss this golden opportunity for so many viewers to relive the Degrassi drama.

Executive Producer and co-creator Linda Schuyler commented to EW, “We are energized and excited to work with Family Channel as we tell stories for the new post-millennial teen cohort known as Generation Z, most of whom weren’t even born when Degrassi returned in 2001.” Or you know, for those viewers who were roughly 14 when the series returned and are just as excited... I'm hip! I KNOW WHAT THE KIDS TALK ABOUT. PIZZA! BAE! FLEEK! OK, I'm done now.

What's in store for Next Class is everything you'd expect from Canada's number one source for high school soaps. According to a Netflix press release, the new Degrassi episodes will take a look at "teens as they begin their journey into adulthood. Pushing their own limits and testing the bonds of family and friends, the students each find their own way to deal with a range of issues: from homophobia, racism, substance abuse and violence to burgeoning sexuality, body issues, heartbreak and the complications of dating in the social media age.”

Degrassi truly is a television legacy. The show's first iteration The Kids of Degrassi Street aired 35 years ago and its latest (and some would argue greatest) Degrassi: The Next Generation is Canada's longest-running drama with 485 episodes and counting... thanks to Netflix and Family Channel.