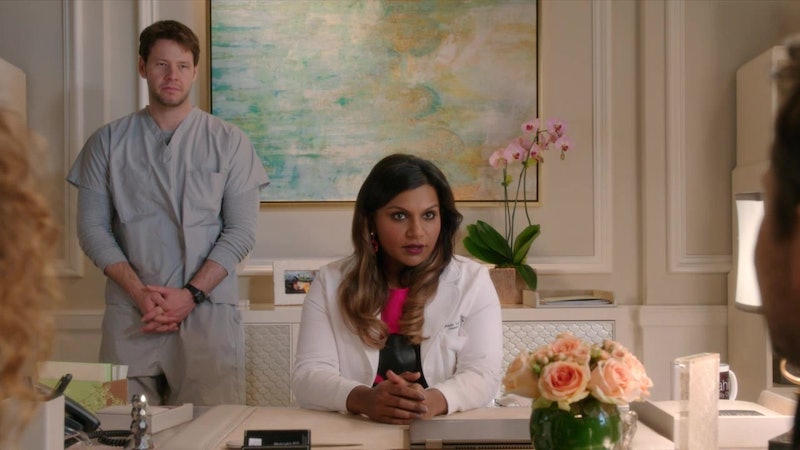 If you're a confident woman, chances are people will try to make you feel insecure about that confidence. That's the really weird thing about being a confident woman: Everyone tells you to be one, then when you are one, they tell you not to be. While there are people in your life who will always encourage that confidence (for me, it's my family, my SO, and my close friends), there will be people who try to take it away from you (for me, in the past, it's been bad boyfriends, mean co-workers, and toxic friends). But being confident is essential to your success, not in the least because you have to be sure of yourself in order to make demands.

1. Deny themselves a much-needed cry

Kelly Cutrone says to go outside if you need to cry. Tina Fey says that if you're so mad you could cry, just cry. Confident women know that sometimes your emotions and frustration take over, and that you don't have to hide that. A confident woman isn't a total blubbering mess at work every day, but on the odd occasion when things are going very, very badly, she isn't afraid to excuse herself and take a walk around the block to let the day's drama out with a few well deserved tears. She knows this doesn't make her "weak" — just human.

A confident woman will never purposefully step on people to get what she wants. She won't manipulate, sabotage, or hurt others to get ahead. Confident women work hard and thank their own merits for their achievements.

3. Gossip about their co-workers

Confident women don't need to engage in gossip to make themselves feel better. They're happy to let sleeping dogs lie, even if everyone else is engrossed in some juicy talk. Confident women know they're in the workplace to work, not to pretend they're in some weird reality TV show talking head confessional.

4. Put up with poor treatment

Confident women don't put up with sh*t in the workplace. From sexual harassment to bullying, confident women will call out bad behavior and will demand to be treated with respect.

Pandering is not something confident women participate in. Confident women never put themselves down or diminish their achievements just to seem more likable. They own their successes.

But they never gloat, or act like a jerk when they're winning.

You can't be everyone's yes-woman at work, and confident women know how to say "no." When they're overwhelmed with work and someone's trying to lump them with more, they know how to turn it down. Likewise, when they disagree with group decisions in the workplace, they're able to speak up and say "no" to things they don't think are right.

As much as confident women own their successes at work, they also own their mistakes. Confident women understand that they can only learn and grow if they're honest when they're wrong.

9. Apologize for their confidence

Confident women, above all, do not apologize for being confident. Even when the world reads their confidence as "bossy" or something with a negative connotation, confident women know they've earned the right to their confidence by working hard and being determined. No matter what anyone else thinks of a confident woman, she is happy with who she is. That's what makes her confident in the first place.