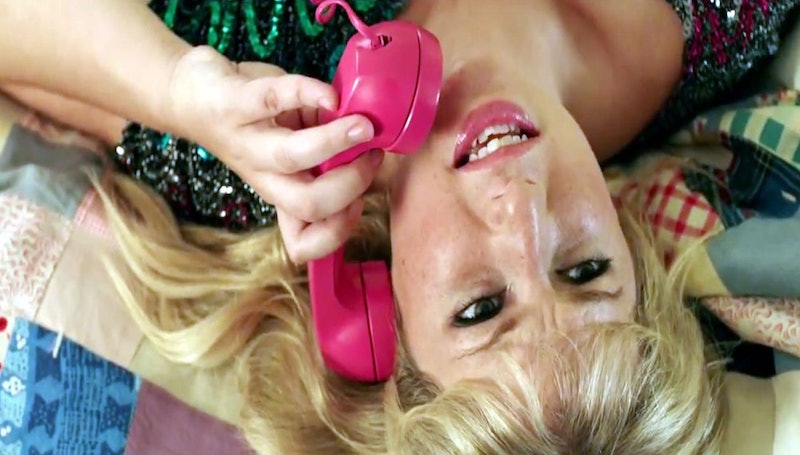 Don’t you sometimes wish there were, like, a guide to Netflix? Half the time I turn on my television to find something to stream and have either settle for something I’ve already watched or something I’ve never even heard of. Because as much as I am in a committed relationship with Netflix, sometimes it feels like they don’t know me at all. Don’t they know I like female-centric rom coms and documdramas? Don’t they know that when they recommend Storage Wars to me for the third time this week, I want to throw my hands in the air and cry out, “Haven’t these last ten years together meant anything to you?” Luckily, the new movies and shows on Netflix in August totally get me.

If you’re anything like me and have no interest in watching another episode of Anthony Bourdain eating extravagantly around the world (it's just bragging at this point), which is only going to make you feel bad about the fact you are eating ramen again for dinner, then you’re going to want to keep reading. Because, in an attempt to make Netflix more user friendly for all of us, I’ve raked through the new releases coming in August and put together a list of the best.

It’s a quirky list, but one that is undoubtedly female-centric and totally awesome. So sit back, turn on your television, and get to watching these awesome movies and shows that are coming to Netflix for the first time in August:

Sure I heard all of the hullabaloo and hype surrounding this reboot of the original ‘90s series, Boy Meets World, but I didn’t have cable at the time it was first aired. Well thank god for streaming services, because now I can marathon this and totally relive my ‘90s glory days. Surrounded by my troll collection, of course.

What do you get when you put together a women’s studies professor, some life-altering fertility treatments, and an awesome body-positive storyline? Muffin Top: A Love Story. And a movie totally worth watching.

Because who doesn’t want to spend their Friday night in Ireland with the incredible Amy Adams? Err… I mean Monday night. I totally have other things to do on Friday night.

Seeking A Friend For The End Of The World

Steve Carrell. Kiera Knightley. Connie Britton. What’s not to love about this movie about an asteroid in prime position to obliterate earth? OK fine. Maybe the whole end of civilization thing. But at least the Armegeddon will go out with a bang with this acting trio at its helm.

For A Good Time, Call

Who can’t relate to two girls whose dreams of New York City don’t exactly line up with reality of their checkbooks? Forced to live together and make ends meet in whatever way possible — ahem, by becoming phone-sex operators — these girls are the perfect companionship for a Netflix movie night.

For your more serious watching nights: a woman has to convince her colleagues to take a pay cut in order for her to keep her job. And she only has a weekend to do it. A good one to watch with friends, for sure. It will have you talking about what you would do over that second bottle of wine for the rest of the night.

There is nothing that I love more than strange women, which is why Welcome to Me is at the top of my must-watch list for August. The only thing I love more? Kristen Wiig, of course.

And just in case you blow through these in the first weekend, here's the full list of movies and shows coming to Netflix in August:

Alvin and the Chipmunks Meet Frankenstein (1999)

Dancing on the Edge: Season 1

Masha and the Bear: Season 1

Russell Brand: From Addiction to Recovery (2012)

The Mind of a Chef: Season 3

Ever After High Way too Wonderland (Season 3)

Once Upon a Time: Season 4

More like this
Here’s Everything Coming To & Leaving Netflix In February
By Jake Viswanath
The OG Power Rangers Are Returning For A Spandex-Clad Special
By El Hunt
Twitter Is Mad At The Razzie Awards For Nominating A Child For Worst Actress
By Radhika Menon
Ashton Kutcher Wants Danny Masterson “To Be Found Innocent” In Rape Retrial
By Jake Viswanath
Get Even More From Bustle — Sign Up For The Newsletter
From hair trends to relationship advice, our daily newsletter has everything you need to sound like a person who’s on TikTok, even if you aren’t.