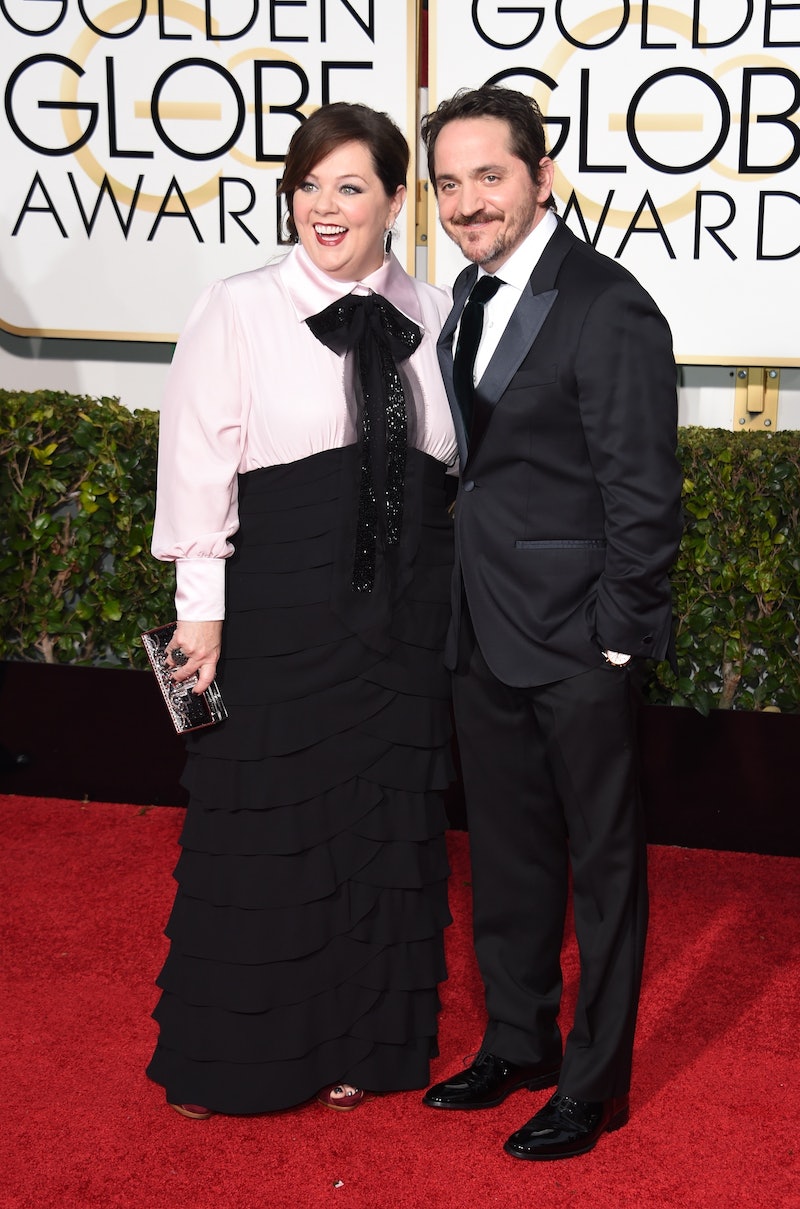 If you are totally digging this trend of turning reality into scripted sitcoms and dramas, then you are going to absolutely die over the news that I just heard: Melissa McCarthy and her husband, Ben Falcone, have signed a deal with TV Land for a pilot called Friends with Melissa. Just as UNReal is (loosely) based on the real life behind The Bachelor , Friends with Melissa will show audiences a similarly fictionalized behind-the-scenes look at what it’s like to be friends and peers with someone like Melissa McCarthy... and then watch her career totally take off.

The new show, which is written and produced by Hugh Davidson, Larry Dorf, and Rachel Ramras, is largely inspired by the trio's own experience of watching their friends and peers (including McCarthy) make it big in Hollywood while they were stuck toiling away at less-than-ideal jobs. As former members of the Groundlings, they have their fair share of famous friends whose careers have totally taken off. (Think: Kathy Griffin, Michaela Watkins, Cheryl Hines, Will Forte.) And I can’t wait to watch and see what it’s like to be in the shadow of such giants.

So what makes this better than reality television? Well, a couple of things. You know these three are going to pull from real-life and their own experiences, which means each episode is going to be a like a little puzzle for all of us celeb-obsessed viewers to figure out. Like, which former Groundlings are they talking about now? Was that Kristen Wiig? That kind of sounds like Maya Rudolph! OMG, they’re totally talking about Lisa Kudrow.

The deal McCarthy and Falcone struck with TV Land is so far just for a pilot, but I’m hoping this show takes off in the major way, because McCarthy is already slated to appear in the pilot. Fingers crossed that the former Groundlings behind the show can convince other famous alumni to make appearances on future episodes. Because just like UNReal shines such an awesome (and way more interesting) light on elements of the reality behind reality television, Friends with Melissa is bound to show what it’s really like to be friends with big stars while waiting for your own star to rise.

A look at what celebrities are like in real life and a trio of underdogs to root for? This show sounds so unbelievably amazing, I can’t even stand it.

More like this
Travis Barker & Kourney Kardashian’s Updates About His Health Are Promising
By Stephanie Topacio Long
Here’s Everything Coming To & Leaving Netflix In July
By Grace Wehniainen
Paramount+ Wants To Take Over Your Netflix
By Sophie McEvoy
What’s New On Netflix: The Return Of 'The Umbrella Academy'
By Arya Roshanian
Get Even More From Bustle — Sign Up For The Newsletter