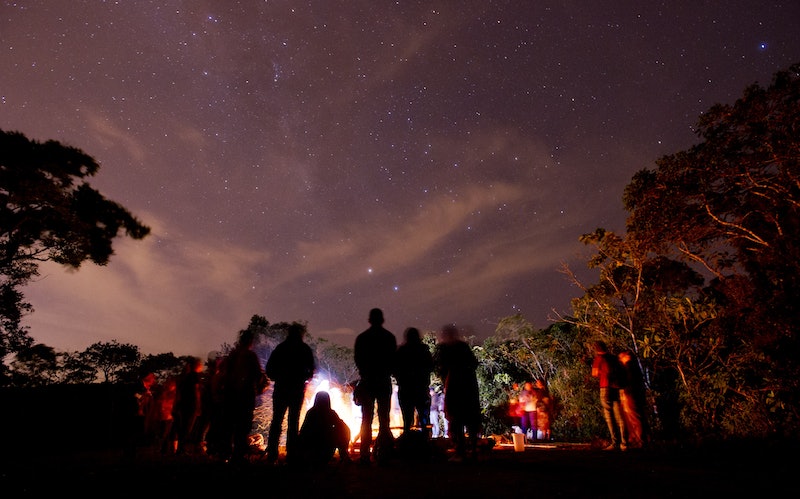 On July 14, a 53-year-old Native American man named Rexdale Henry was found dead in Philadelphia, Mississippi's Neshoba County Jail. Henry was a member of the Choctaw tribe and throughout his life was a community organizer and activist. Henry's death came just one day after that of Sandra Bland, a black woman who was found dead in a Texas jail after being arrested for a minor traffic violation.

Anonymous donors have made it possible for Henry's family and friends to send his body to Florida for an independent autopsy, which they hope will discover what really happened to him — he was reportedly found with two broken ribs, according to a statement sent to Fusion. Among those helping the family's independent probe into Henry's death are civil rights activists Diane Nash and John Steele, as well as Syracuse University law professors Janis McDonald and Paula Johnson of the school's Cold Case Justice Initiative. In a statement, McDonald explained the necessity of exposing police violence against marginalized communities.

At a time when the nation is focused on the terrible circumstances of the brutal death of Sandra Bland, it is critical to expose the many ways in which Black Americans, Native Americans and other minorities are being arrested for minor charges and end up dead in jail cells.

According to the Center on Juvenile and Criminal Justice, the racial group most likely to be killed by law enforcement is Native Americans. Although Native Americans make up 0.8 percent of the population, they comprise 1.9 percent of police killings. According to University of South Dakota research reported by Al Jazeera, Native Americans convicted of crimes in South Dakota were handed down 57 percent more prison time than white people. Mic reported that six Native Americans were killed in November and December of last year, and that a growing #NativeLivesMatter movement had been galvanizing activists as the #BlackLivesMatter movement was protesting the deaths of Michael Brown and Eric Garner.

The experiences of Native Americans are frequently rendered invisible in the public sphere. They have faced and continue to face housing discrimination, cultural genocide, segregation, gentrification, cultural appropriation, and other forms of institutional violence. But police have been killing Native Americans at an alarming rate, and it is critical that we pay attention.

Simon Moya-Smith, a journalist and editor at Indian Country Today, told Mic that the invisibility of Native American experiences in the public sphere is a significant obstacle.

We protest, we take to social media, we get as many stories and Native American voices as we can into news media. [But still] we're not entirely on [the mainstream media's] radar – maybe for Indian mascots, but for police brutality? Barely, if at all.

From John T. Williams, a member of Ditidaht First Nation who was fatally shot in 2010 by Seattle police because he was carrying a carving knife that was folded shut, to Mah-hi-vist Goodblanket, who was shot dead by Oklahoma police in December 2014 — even though his parents had called 911 out of concern for their son's safety — Native Americans have been killed by police at alarming rates.

This Is Not "#AllLivesMatter"

The #NativeLivesMatter movement is not meant to silence or render obsolete the very real structural issues addressed by #BlackLivesMatter. Instead, it exists alongside #BlackLivesMatter because it must — because these and other marginalized communities continue to face oppression and murder at the hands of institutions like law enforcement, and continue to have their lived experiences silenced despite making every effort to amplify them. The urgent nature of #NativeLivesMatter — and, most recently, the death of Henry — should remind us that in discussions of structural racism, we should be paying attention to Native American voices, too.