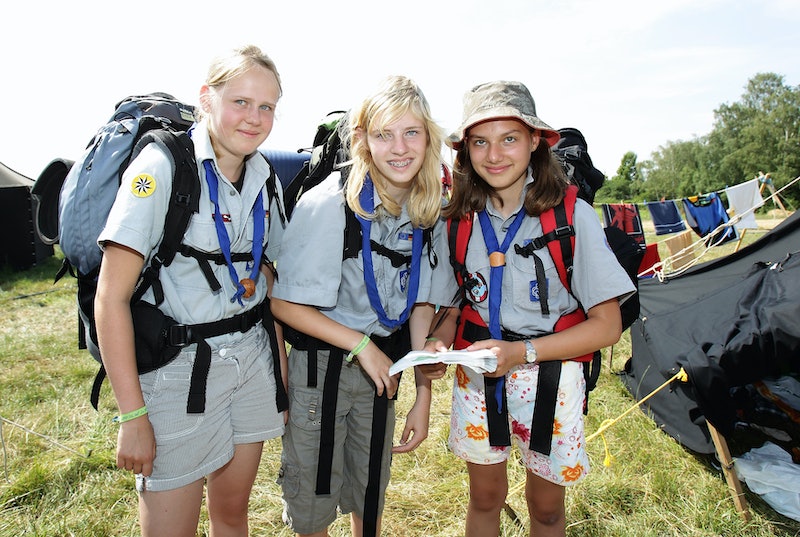 As of Monday evening, any American — including homosexual or transgendered individuals — can participate in the long held tradition of scouting. But there are still a lot of lessons the Boy Scouts can learn from Girl Scouts. Although the Boy Scouts lifted their ban on homosexual members in 2013, there was still a ban on homosexual or transgendered scout leaders. At least, until the organization voted Monday to lift the ban.

Two years before the Boy Scouts began allowing openly gay members, the Girl Scouts were defending their decision to admit a 7-year-old transgender girl to one of their troops. The only barrier to becoming a Girl Scout is that you have to be a girl, and transgendered children are allowed in on a case-by-case basis. And not even cookie boycotts will change their policy.

Make no mistake: The Boy Scouts' decision to lift their ban is an extremely important step for the future of the organization. But there are still a lot of issues that the Boy Scouts need to address. And they should definitely look to the girls to show them how.

It's Not About The Adults

Don't get me wrong. Troop leaders are the lifeblood of scouting, and the lessons children learn from their troop leaders help shape their childhood and eventual adulthood. But the point of scouting organizations is to make better citizens, to get children involved, and teach them important life lessons. When the Boy Scouts pour time and energy into discriminating against troop leaders, they are pulling dialogue away from the children, and focusing it on the adults — something the Girl Scouts don't do. And when troops inevitably begin voting to keep the ban, the ensuing news will surely discourage and embarrass some scouts who don't agree.

According to USA Today, in 2014 the Boy Scouts of America experienced a 6 percent decrease in enrollment, which is largely believed to be connected to media controversy surrounding their ban. It's a strange deviation from the history of scouting, in which both the Boy Scouts and the Girl Scouts provided membership to minorities. Admittedly, the Boy Scouts have always been a little bit behind the Girl Scouts — though they had black troops as early as 1911, it wasn't until after the Civil Rights act of 1964 that there were numerous fully integrated troops.

Meanwhile, the Girl Scouts integrated their first troops just five years after being founded in 1917, and there were numerous integrated troops by the 1950s, in addition to opportunities for different cultural backgrounds, such as Japanese girls in internment camps and Native American troops. Martin Luther King Jr. once famously referred to the Girl Scouts as a "force for desegregation."

Allow Children To Make Up Their Own Minds

Unlike the Girl Scouts, the Boy Scouts are not a secular organization. A large part of their funding comes from the Church of Jesus Christ of Latter-Day Saints, and in the 1990s they banned atheists and agnostics from the organization. So, it's unsurprising that the scout oath is religious.

On my honor I will do my best to do my duty to God and my country and to obey the Scout Law; to help other people at all times; to keep myself physically strong, mentally awake, and morally straight.

The Girl Scout promise also references God, stating, "On my honor, I will try to serve God and my country..." But the Girl Scouts are a lot more lax on the God bit. In 1993 (several years before the Boy Scouts re-affirmed their ban) the Girl Scouts voted to allow girls to substitute the word "god" for other deities or whatever term they felt comfortable with and was in keeping with their spirituality. Non-religious girls are encouraged to drop the "god" altogether.

As many have pointed out, the Boy Scouts lifted their ban not because they felt that discrimination was wrong, but because they felt like they had to. Officials said the ban was lifted as "result of the rapid changes in society and increasing legal challenges at the federal, state, and local levels." Instead of embracing change and using it as a vehicle for good, the Boy Scouts are being stubborn and dragging their heels.

In contrast, the Girl Scouts understand that discrimination and limiting opportunities is the antithesis of being "morally straight." The Girl Scouts of Western Washington recently rejected a $100,000 donation that stipulated it could not be used on transgender scouts. They rejected it, started a fundraiser, and made three times the amount from private donations as part of their "Girl Scouts is for #EVERYgirl" campaign.

Expand The Concept Of Gender Roles

The Girl Scouts have come a long way from focusing on home economics or cooking badges. And while these aspects are still a beloved part of the Girl Scout experience, the organization realizes that femininity is more than just cooking. They've adapted and expanded their activities and merit badges to include more "masculine" activities, as well as placing emphasis on education and mental stimulation, especially in getting girls involved in STEM fields.

The Boy Scouts, on the other hand, still sticks to the stereotypical masculine gender roles. While their merit badges do include things like cooking, gardening, or art, there are not many opportunities that fall outside of typical "little boy" activities. Their most popular badges remain focused on athletics, shooting, archery, and other manly hobbies. While many little boys may not be interested in pursuing "feminine" activities like sewing or fine arts, the Boy Scouts don't even offer them the opportunity to explore these avenues in a non-judgement zone, which just further reinforces negative gender roles that not only harm females, but males as well.