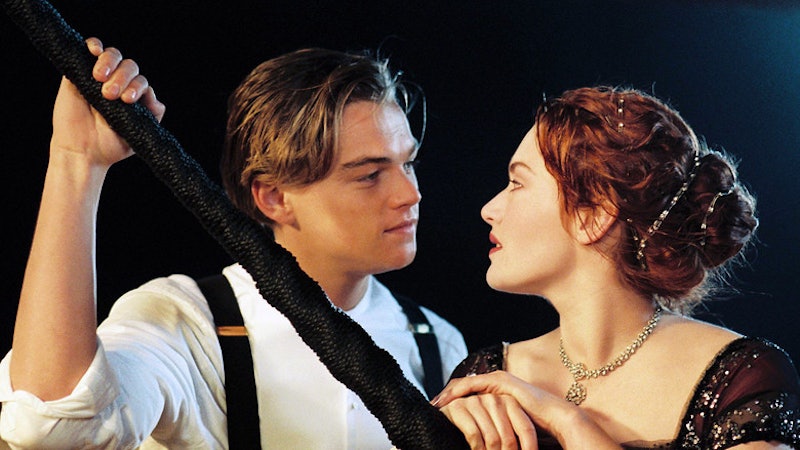 Sometimes, the world is a very cruel place. In case you haven't heard, Titanic is leaving Netflix after July 31, meaning you'll no longer be able to instantly stream the saga of Jack, Rose, and Billy Zane straight to the comfort of your own home as part of your Netflix subscription. If you're anything like me, then this news hit you like an iceberg, and you now find yourself clinging to a piece of debris while simultaneously freezing to death. And even though Netflix is adding a bunch of new titles in August like Seeking a Friend For the End of the World, The Hurt Locker, and season one of Girl Meets World (still no Boy Meets World though, smh), it still doesn't make up for the loss of Titanic. Don't worry too much, though: here's where to watch Titanic online once it leaves Netflix in just a few days' time.

Happily, there are plenty of places to stream the movie other than the site. So in the spirit of never letting go, I now present to you a list of nine alternate places to get your Titanic fix online. So dust off your credit cards, fire up your preferred streaming device, and prepare a box of tissues because Titanic is about to go down. Sorry, poor choice of words.

Unfortunately, Titanic isn't included with a Prime Membership, but you can still stream it from Amazon for a fee. A rental will cost you $2.99 in standard definition (SD) or $3.99 in high definition (HD), and it works on pretty much any streaming device besides Apple TV.

If you do have an Apple TV, or plan on using your iPad to stream, then iTunes is a solid choice for your Titanic needs. Standard rental fees of $2.99 SD and $3.99 HD apply.

If Google Chromecast, an Android-based device, or even a Roku is what you're rolling with, Google's online store will work just fine. You can rent Titanic from them for, you guessed it, $2.99 SD or $3.99 HD.

VUDU has apps for a number of streaming devices, and in addition to the standard $2.99 SD and $3.99 HD Titanic rentals, they also offer a $3.99 HDX option, which they claim is even better than HD. I find that any uptick in resolution helps when viewing something through tear-filled eyes.

If you're strictly a computer streamer, YouTube might be your best bet. Rental fees are the same as everywhere else, but HD won't work in your browser. If you're determined to use YouTube but need to see Titanic in HD, YouTube has apps for virtually all streaming devices.

Xbox has apps for almost all streaming services, but you can also go straight to the source and rent Titanic on Xbox Video. Be warned though, it's a little pricier than everywhere else at $3.99 SD and $4.99 HD.

Not one to shrink from competition, Sony's Playstation Store also offers a Titanic rental, but for a dollar less than Xbox at $2.99 SD and $3.99 HD. The console wars rage on.

If you're a real Netflix homer, you can still watch Titanic using Netflix... on DVD. Netflix's original DVD by mail service still exists, and you can sign up for $7.99 a month for DVDs or $9.99 a month for Blu-Rays. Or, on the off-chance that you're not already a Netflix streaming subscriber, you can get a month for free. Score, free Titanic!

So don't worry, Leo DiCaprio fans — there are still many ways to get your fill of the tearjerker. Just don't say I didn't warn you!