I'm still pretty bummed about Brandi Glanville's departure from The Real Housewives of Beverly Hills . Don't get me wrong, I love all the ladies in the cast, but Brandi really brought consistent entertainment from the very beginning of her time on the show. I could never get bored seeing her onscreen. She could always be counted on to call out the other ladies, party hard, say the most quotable lines, curse up a storm, and just always be hilarious.

Thinking about Brandi leaving has made me want to go back and watch her Real Housewives journey from the start. It's pretty interesting to see how much Brandi Glanville has progressed from her first episode of RHOBH to her last. Don't get me wrong, a lot of her fundamental Brandi characteristics stood the test of time, but she has definitely grown up a lot. The reality TV star has gone from a recently divorced mother of two who was trying to find her way to a woman who knows what she wants and isn't afraid to go after it.

For starters, this video of Brandi from back in the day shows us a different woman than the one we know today: 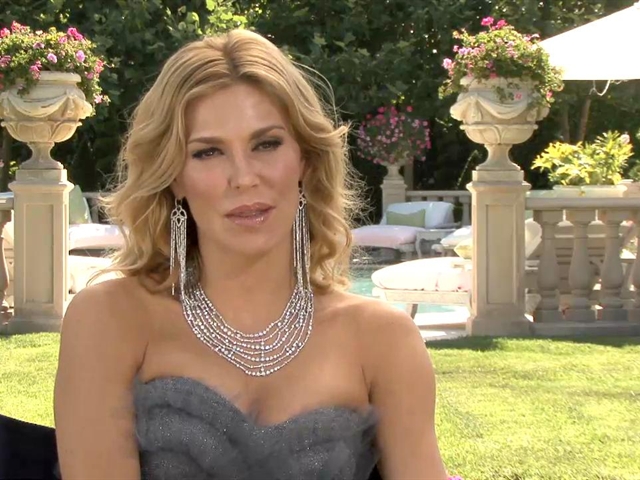 Here are six ways Brandi has changed from her first Housewives appearance:

When I think of Brandi Glanville's time on RHOBH my thoughts immediately turn to her major feud with Adrienne Maloof over spilling a family secret of hers. That's why it's kind of surprising for Brandi to say that Adrienne was her initial connection to the clique.

2. She's Not A Stay-At-Home Mom Anymore

Brandi is a woman with many professional opportunities these days. She has a podcast, writes for magazines, and even has her own wine brand. But when she first joined the show, she was recently divorced and was unsure about how she wanted to live her life.

Brandi has put out two books since becoming a Real Housewife. Her first book came out in 2013 and is called Drinking and Tweeting: And Other Brandi Blunders and her second book is titled Drinking and Dating: P.S. Social Media Is Ruining Romance. She has turned her shortcomings and mistakes into lessons learned and profits gained.

4. She Has Upset Other Bravo Stars

Brandi's biggest feud is with Kenya Moore from The Real Housewives of Atlanta, who she fought with when they both were contestants on Celebrity Apprentice. She also once spilled wine on Jeff Lewis and cried when they both appeared on Watch What Happens Live, and after the fact she claimed it was a planned incident between the two of them. Jeff Lewis has since said that he had no prior knowledge of it before it happened. On another episode of WWHL, Brandi called out Real Housewives of Miami star Joana Krupa by making a crude sexual comment about her.

5. She Is On Good Terms With Eddie And LeAnn

In the beginning of Brandi's time on RHOBH, LeAnn Rimes and Eddie Cibrian were essentially phantom cast members. They never appeared, but were mentioned quite a lot. Brandi had no qualms talking smack about her ex-husband and his new wife. Now, it seems like it's all good in the hood with Brandi, Eddie, and LeAnn.

6. She Is Friends With Kim Richards

Brandi's first infamous scene on Real Housewives of Beverly Hills came when she accused Kim Richards of "doing crystal meth in the bathroom all night." Fast forward to now and these two are each other's biggest allies on the show. I guess time really does heal all wounds? Or something like that.

I think that Brandi has made some amazing steps toward becoming the mother, business woman, co-parent, and person who she wants to be over the years. Yes, she's ruffled some feathers along the way, but hopefully she can just chalk those up to life lessons learned.