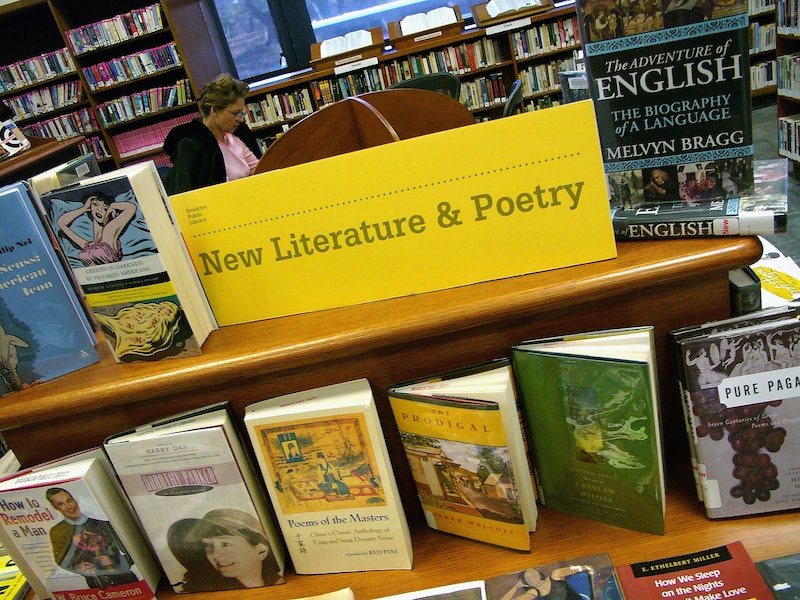 If you’ve read her famous (or infamous) short story "The Lottery," you’re probably eager to get your hands on Shirley Jackson’s Let Me Tell You , a new collection of short stories and essays out August 4, some of which have never been published until now. If you’re not familiar with Jackson’s work, there’s no better time than the present to get creeped out by her eerie short fiction.

On June 26, 1948, The New Yorker published "The Lottery," and the magazine received the most amount of mail it had ever gotten for a piece of fiction. Some of it was complimentary, and much of it was not. It kept people up at night, scared the hell out of them, and angered them with its starling violence. It’s about a small American town going through a yearly ritual known as “the lottery.” To say anything else would be to give away too much, but let’s just say it’s a little like Hunger Games , The Twilight Zone, and The Stepford Wives rolled into one.

You won’t find "The Lottery" in Let Me Tell You (but seek it out anyway), but you will find "Paranoia," a story about a New York City man who is followed by a mysterious stranger in a light hat. There’s also "The Sorcerer’s Apprentice," about a lonely woman’s run-in with an evil little girl. You’ll find some of Jackson's humor writing that focuses on marriage and motherhood, as well as a few of her lectures and essays about the craft of writing.

Jackson, who also rose to fame with her books The Haunting of Hill House and We Have Always Lived in the Castle, passed away in 1965, and she’s one of the most important U.S. writers of the last century — and one that’s not quite as well known as William Faulkner or J.D. Salinger, which is too bad. There are plenty of reasons to start reading Shirley Jackson if you haven’t already. She influenced Stephen King and Neil Gaiman, for one. And if you still need convincing, here are five more.

She’ll Creep You Out

Jackson’s horror isn’t about gore and vampires and over-the-top violence. She gets under your skin subtly, when you least expect it. It’s a perfect reflection of post World War II paranoia and 1950s ideals. Housewives aren’t as happy as they look, husbands are haunted by ghostly strangers, and children have devious glints in their eyes. If that all sounds intensely creepy — it is.

As a writer, Jackson didn’t stick to one genre. She was an in-demand writer for some of the best women’s magazines of the day (today she’d be writing for Oprah’s O magazine or Marie Claire), and her essays about family and domesticity are surprisingly funny for someone who could turn around and write one of the most well known horror stories of the 20th century. “All things are potential paragraphs,” Jackson once said. She turned her day-to-day life into humor, and it still resonates today.

Speaking of domestic humor, Jackson was basically a "mommy blogger” before the Internet existed. She predated Erma Bombeck and Jenny Lawson, and she could give a story about ironing a feminist spin.

She Ignored the Haters

When The Lottery was published and received all that hate mail, Jackson didn’t give up and refuse to write another word. Today she’d basically be fielding online trolls and Twitter bullies, but back then it was real, actual written letters calling her “perverted” and saying that she had “incredibly bad taste.” The backlash didn’t stop her though, even though, as she once said, “[O]f the three-hundred-odd letters that I received that summer I can count only thirteen that spoke kindly to me, and they were mostly from friends.”

For writers, one of the best sections in Let Me Tell You is called “I’d Like To See You Get Out Of That Sentence.” It’s made up of five short essays and lectures that explain why she writes, how she finds inspiration, and what keeps her typing. “The very best thing about being a writer is that you can afford to indulge yourself effortlessly with oddness,” she once wrote,” And nobody can do anything about it…”

So check out Shirley Jackson’s Let Me Tell You, and seek out "The Lottery" if you want to check out the story that angered all those readers back in 1948.