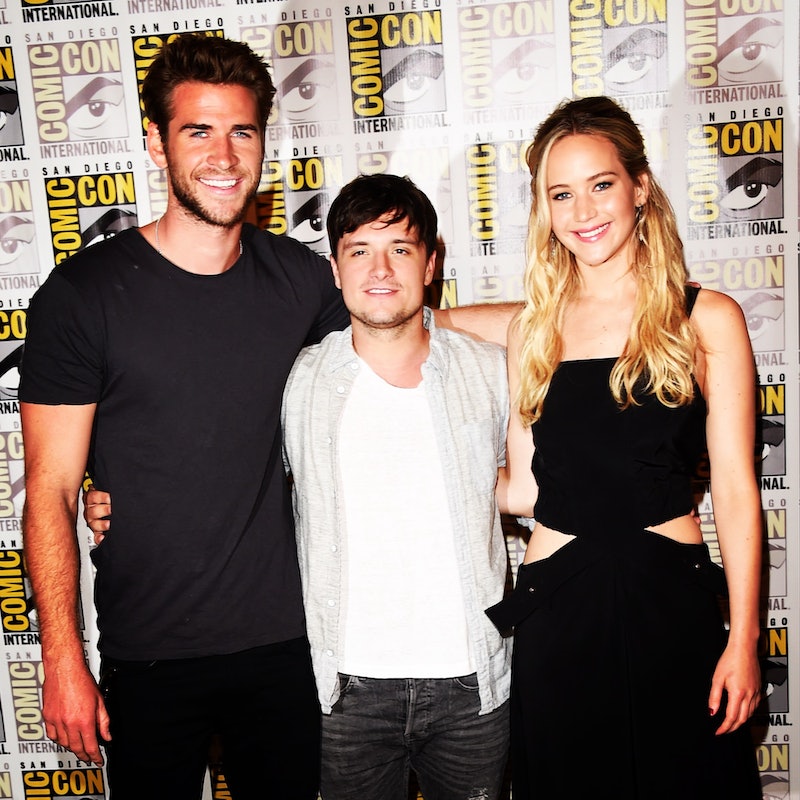 (Update: Bustle has confirmed with sources close to Lionsgate that there are no plans for another film at this time.)

During a recent appearance on Conan, franchise star Hutcherson said something very curious about the possibility of more Hunger Games movies being in development. Though Entertainment Weekly is reporting that sources close to Lionsgate have denied the possibility of more films "despite what Josh Hutcherson told Conan O’Brien on Thursday night," — not to mention Lawrence herself said "he's kidding" during the actual Conan interview — it does make me wonder what would happen if there was going to be more Hunger Games. There are no more books to adapt, so how would another movie even work?

Surprisingly, there is actually a lot of ground left to cover in the world of the franchise.Here are six movie ideas — spinoffs and prequels — that would totally work out:

1. A Hunger Games Movie From Peeta's Point of View

Peeta is a crucial character in the books in films, but the entire Hunger Games franchise is told from Katniss' perspective. That in mind, it would be interesting to explore the events through Peeta's eyes: How did he balance his genuine feelings for Katniss with playing the game? What was it like when he was held captive by the Capitol? Any spinoff film could explore one — or all — of the books from his perspective.

2. A Prequel About The Revolution

The Hunger Games is a post-apocalyptic series: but what about the actual apocalypse? The Games within the series were established to both continually reinforce the Capitol's power and as consistent punishment after the revolution — so it would be interesting to see a film about the revolution that started it all.

Woody Harrelson's portrayal of the acerbic Haymitch is one of the best in the series, so a prequel about the Games that Haymitch won — or, a spinoff exploring the series from his perspective — would add a lot to the series, and give us the amount of Harrelson that we need and deserve.

4. A Spinoff About Life In The Capitol

Not only would it be fun to see a movie populated with the craziest costumes, but a spinoff focused on life in the Capitol would be a great way for fans to see how that world even operates. What did the Games look like from their perspective? How much of the poverty in the Districts were Capitol citizens privy to? Was there at least one moral person living there? So many questions here!

5. A Sequel About Katniss And Peeta's Kids

It can't be easy to be the children of a power couple — especially when Mom and Dad already have such a complicated history. What is their life like after the revolution? How does the Mockingjay adapt to domestic life? I would watch this movie so many times.

For 75 years they were underground, while the world above them was in ruins. How did the secret civilization operate? A prequel to Mockingjay from their perspective would be fascinating — plus, as always, the more Julianne Moore the better.

More like this
What’s New On Netflix: Lana Condor’s Ghostly Comedy & A Sexy Reality Series
By Arya Roshanian
'Dune: Part Two' Could Include A 'Little Women' Reunion
By Arya Roshanian and Alyssa Lapid
Kimberly J. Brown & Daniel Kountz Looked Back On Their ‘Halloweentown’ Romance
By Stephanie Topacio Long
All The Sneaky Lindsay Lohan Movie Easter Eggs In Her New Ad, Explained
By Stephanie Topacio Long
Get Even More From Bustle — Sign Up For The Newsletter