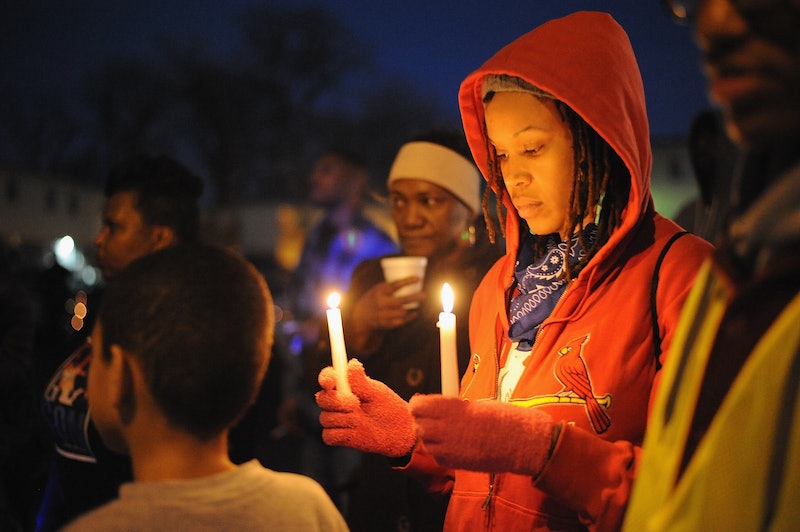 Over two weeks in mid-July, at least five black women were found dead in police custody. First, after a routine traffic stop turned violent, 28-year-old Sandra Bland was found hanging in a Texas jail cell on July 13 under mysterious circumstances. The next day, a black teenager apparently committed suicide in an Alabama jail. Over the next two weeks, another three women were found non-responsive and later declared dead while in police custody: in Charleston on July 22, in Cleveland on July 26, and in Mount Vernon, New York, on July 27. Autopsies are still pending in all three cases, leaving the cause of death unknown. All five deaths, however, should raise serious concerns about how authorities treat black women in their custody and whether prison officials could have done more to oversee the mental and physical health of those detained and awaiting bail.

Even with police brutality against young black men dominating headlines over the past year, the abuses suffered by black women in the criminal justice system have remained largely out of the public eye — at least until activists took to Twitter and to the streets in cities across the country in the wake of Bland's death to demand that Americans say the names of the female victims of police violence.

Sgt. Andrew Didcoct arrested 18-year-old Kindra Chapman for first-degree robbery after she allegedly stole a cellphone in Homewood, Alabama, on July 14. After the teen was brought to the jail around 6:20 p.m., she was found dead around an hour and a half later, and authorities claim she was strangled by the bed sheet. At first, Kathy Brady disputed that her daughter would have taken her own life. But the Homewood Police Department showed Chapman's family video footage from the cell that the department claims shows the teen using a bed sheet to hang herself. The full tape has not been made public out of respect for the family, but Chapman’s family released a statement corroborating the police department's version of her daughter's death. The coroner declared the teen's death a suicide by asphyxiation on July 27. Activists, however, have continued to dispute the authorities' version of events, questioning how officers could not have heard Chapman hanging herself in the facility's close quarters and why a bed sheet had been left in a jail holding cell to begin with.

Joyce Curnell, a 50-year-old black woman, died in a Charleston jail cell a day after she was brought in for allegedly shoplifting. The autopsy into Curnell's death is still pending, but Charleston’s The Post and Courier notes that she had been taken to the hospital briefly before jail over a medical condition. On their rounds of the facility the next afternoon, on July 22, officials found her non-responsive. In keeping with precedent for any in-custody deaths, the local sheriff has called on state law enforcement to investigate the incident.

After being arrested two days before for an alleged domestic dispute in Cleveland, Ralkina Jones, too, was brought to a clinic on July 25 after an officer noticed that she was lethargic in jail. Jones told the authorities that she suffered from a number of medical conditions, including a fainting syndrome and a brain injury she allegedly received from what she described as an abusive ex-husband.

"I'm not asking any exceptions to any rules but what I will tell you is — I don't want to die in your cell," Jones told the officers in the jail, according to body cam footage released from the 15 hours before her death.

The health clinic gave her the all clear later that evening, and Jones was returned to a jail holding cell. According to prison officials, they checked in on Jones three times throughout the night. Each time, she reportedly seemed fine, but the 37-year-old mother was non-responsive and declared dead the following morning. According to the county medical examiner, Jones' autopsy revealed no evidence of suspicious injuries that could signal foul play, but on Aug. 12, NBC News reported that Jones may have been improperly medicated.

Elizabeth Rothenberg, director of law for the City of Cleveland Heights, said: "We note that the Medical Log Sheet reflects fewer medications dispensed to Ms. Jones than documented in the Jail Log. This matter is under investigation along with the Cuyahoga County Medical Examiner's investigation of the cause of Ms. Jones's death." NBC spoke to Dr. Jeannie Lee, an associate pharmacy professor from the University of Arizona, who reviewed the medication logs and observed that Jones may have received a double dosage of her anti-anxiety medication.

And then, Mount Vernon authorities thought Raynette Turner was simply sleeping in a containment cell on the morning of July 27 but the mother of eight was in fact non-responsive, ABC News reported. Medical staff pronounced her dead shortly afterwards. So far, an autopsy into Turner’s death has not turned up any conclusive explanations. The 43-year-old woman had been brought in on July 25 for allegedly shoplifting from Restaurant Depot. She was taken to the hospital the next evening after she told the police that she suffered from medical conditions, including hypertension and issues specifically owing to a recent bariatric surgery. Authorities returned Turner to her cell shortly after 2 a.m. on July 27 upon her hospital discharge. New York's newly appointed special prosecutor, Attorney General Eric Schneiderman, has opened an investigation into Turner’s still-unexplained death to see if the police were any way at fault for her death. ABC also reported that police say no foul play is suspected.

Even a month later, the circumstances of Bland’s death remain hazy. Texas authorities claim that Bland, a Black Lives Matter activist, hanged herself after spending two days in jail waiting for her arraignment on charges of assaulting a police officer. But Bland’s family remains skeptical of the officers' story, arguing that their daughter was not suicidal and drawing attention to the aggression that Officer Brian Encinia displayed while making what might not have been a lawful arrest. The FBI has opened its own investigation into Bland’s case. In the interim, Encinia has been reassigned to desk work for violating procedure in his apprehension of Bland in the first place.

While we still don't know what caused all of their deaths, the fact that five black women have died in such a short span while ostensibly under police protection certainly raises red flags. When people are arrested and taken into custody, Texas Civil Rights Project attorney Amin Alehashem told The Guardian that the police take on certain obligations to look after their wellbeing, ensure their safety, and — when the situation arises — administer certain types of health care and provide mental health support for potential suicides. Prisons are notoriously difficult and emotionally traumatic places to be; we should be asking how it is that teenagers like Chapman could be motivated to take such a radical step in detention and what prison officials can and should be doing to address the mental and physical health problems of those they detain.

There is no way of saying how many black women died while in police custody in July, as the nationwide statistics on deaths that happen during arrests remains haphazard and incomplete. According to a March 2015 report from the Bureau of Justice Statistics, the program used to track arrest and custody-related deaths on a state level can generally be expected to include, at best, about half and, at worse, as low as 36 percent of all the actual deaths that occur in custody.

"There is, unfortunately, a universal agreement that no one knows the exact number of Black women killed by the police in the past couple decades," Rachel Anspach from the African American Policy Forum tells Bustle.

FBI Director James Comey in a candid moment last February acknowledged that police departments have a long way to go when it comes to collecting reliable data on the numbers of people killed by police during and after arrests.

"Not long after riots broke out in Ferguson late last summer, I asked my staff to tell me how many people shot by police were African-American in this country," Comey said in a speech at Georgetown University. "I wanted to see trends. I wanted to see information. They couldn't give it to me, and it wasn't their fault. Demographic data regarding officer-involved shootings is not consistently reported to us through our Uniform Crime Reporting Program. Because reporting is voluntary, our data is incomplete and therefore, in the aggregate, unreliable."

Sandra Bland, Kindra Chapman, Joyce Curnell, Ralkina Jones and Raynetta Turner — these five names are just the beginning of a possibly long list of black women subjected to police brutality. And their deaths in the space of three short weeks should highlight another narrative that is often lost or silenced in a national dialogue on police killings that generally focuses on male victims.