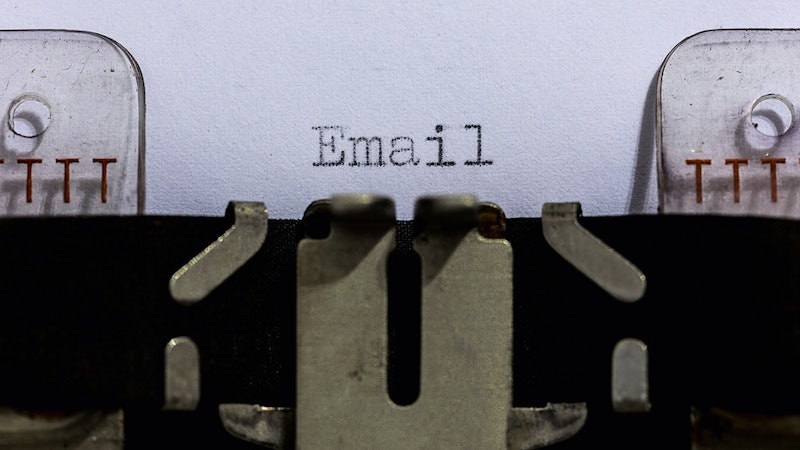 So, hey, remember when Bloomberg Business kindly let us know that we were all using the wrong font on our resumes? Well, they're back again with some more helpful typographic information, and this time, it has to do with email. If you've ever wondered what the best font for email is… well, guess what? We've probably been getting that wrong our entire lives, too. Awesome!

Bloomberg Business' Rebecca Greenfield recently sat down to chat with a bunch of typography experts about email fonts, and it turns out that most of us could stand to rethink things a little bit. Unlike the whole resume font debacle, though, this time we can actually lay the blame — or at least, some if — somewhere else: The default settings for most email clients.

Helvetica is the default setting for Apple mail; for Gmail, it's Arial, though if your browser doesn't support Arial, the client will switch over to Helvetica instead. The trouble is, both of these fonts, while beautiful in their neutrality, are kind of hard to read. About Helvetica, type designer Nadine Chahine told Greenfield, “The letters are too close together. That makes it too tight.” Arial didn't fair much better due to its “ambiguous” letter shapes: Said font designer Bruno Maag, “If you imagine b, d, p, and q, those are letter forms that all the children always mess up. They are mirror forms of one another. That feature is emphasized in a font like Arial, where the shapes are literally mirror forms.”

Once upon a time, these fonts were actually necessary due to one thing, and one thing own: Our screen resolutions just weren't that good. Arial, Helvetica, and other simple fonts without any serif-y frills rendered much better on lower resolution computer screens — but, noted typographer Gary Leonidas, “In the recent four or five years, we have significantly higher resolution to get good spacing, clean separation, so you don't get grayscaling of characters.” So basically, we just haven't caught up with the times yet when it comes to our email fonts.

So what font should you use? The good news is that, though a serif font is a good pick, you don't necessarily have to stick to one. These five fonts are all cited by the experts as good ones to use.

It's simple, but it gets the job done. It's easily accessible in Gmail from the pull-up font menu.

Georgia is really quite nice, isn't it? Maybe we should all think about using Georgia more in general. It's pretty, it has character, and it's easy to read. Check, check, and check.

Verdana may be sans serif, but, as Bruno Maag noted, its shapes are more “open” than Helvetica and Arial; the letters are also more evenly spaced, making it a little easier on the eyes. If you must use a sans serif font as your pick for email, you could do a lot worse than Verdana.

I'll confess that I never warmed up to Microsoft Office's switch to Calibri as the default font after Office 2007's release; then again, given that we've previously established my fondness for Times New Roman, maybe I'm just having a hard time letting go. The good news is that if you use Outlook, you're likely already working with Calibri. Well done!

But speaking of Times New Roman…

Sure, you may not be able to set it as your default — but if you draft your email in a word processing program, set the font there, and copy it into Gmail, you should still be able to use Times New Roman. Sneaky. And after all, there's a reason our teachers in school always preferred us to use this one, right?