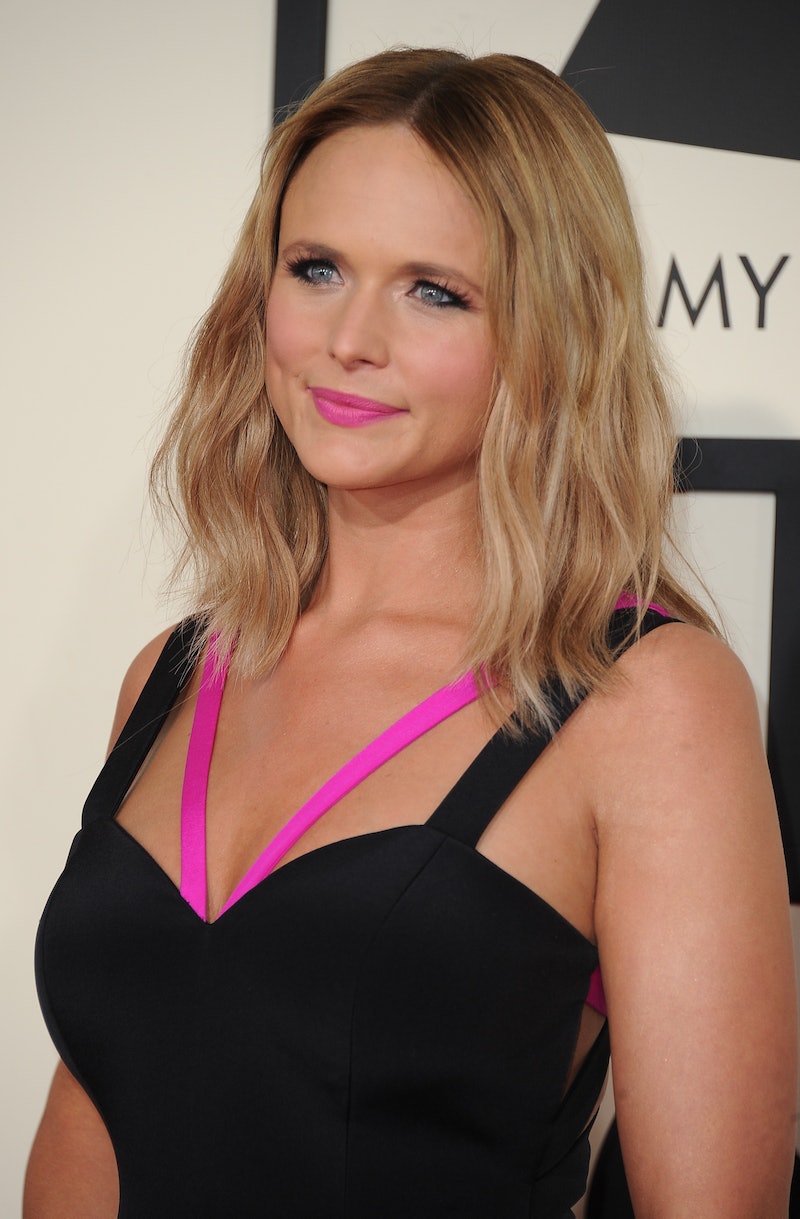 Most of us have either gone through a rough breakup or have watched someone we care about deal with a split. Sometimes it's not pretty, which means you look to your family, friends, and some important post-relationship ingredients, including tissues, lots of junk food, and probably an alcoholic beverage or two. Well, it appears Miranda Lambert is dealing with her divorce from Blake Shelton in a similar manner. Based on an Instagram photo she shared Wednesday and a performance at a Nashville bar on Tuesday, Lambert is looking to coffee and sad songs to help her during this tough time.

Who hasn't at one point or another listened and cried to sad songs after ending a relationship? Oh, and caffeine is a definite must, because loss of sleep always occurs during a breakup. First, on Instagram, Lambert posed with The Voice's RaeLynn (who was on Shelton's team during Season 2) and wrote, "Thank you Jesus for girlfriends and coffee. Oh and concealer! #wewokeuplikethis." Then, when she hit the stage in Nashville, she addressed the crowd and said, "Well, I've been living off of caffeine and sad songs lately. So, we're gonna drink some caffeine and sing sad songs."

Ever since Lambert and Shelton announced their divorce on July 20, fans have been waiting for both country singers to comment on the surprising split. In addition to their joint statement and Lambert's coffee and sad songs reveal, they've tweeted back and forth with a lot of friendly remarks. As sad as their divorce is, the two are seemingly doing as well as can be expected. Plus, I know all that coffee and sad songs will do Lambert some good.