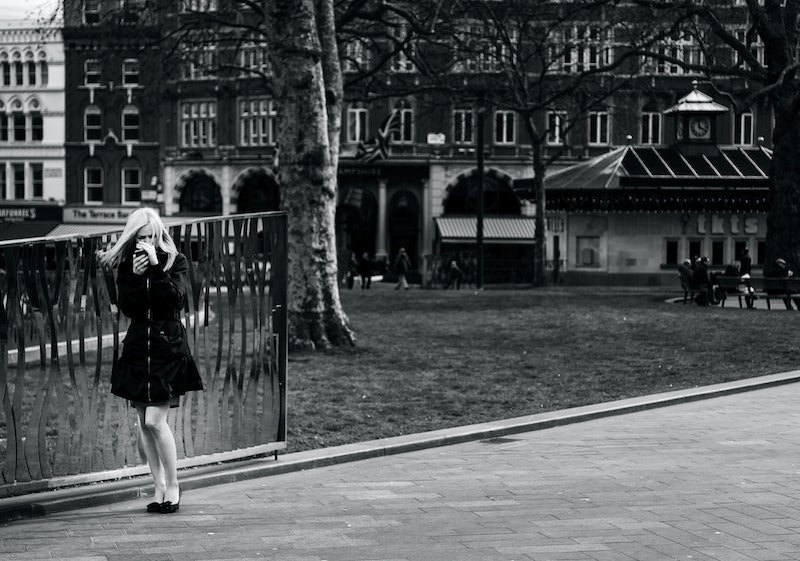 I would say you need to sit down for this one, but, well, apparently you might not. Despite all anecdotal evidence to the contrary, a new study has shown that texting while walking doesn't actually make you any clumsier. So if you've been blaming your mom's constant barrage of texts for all those times your got your heel stuck in the subway grate, I have bad news: you might just be a klutz. Welcome to the club! Bring a first aid kit to the meetings, in case you fall over on the way there.

Most people assume that texting affects walking in the same way that it affects driving, i.e., distracting us so much that we zigzag enough to deter even the most determined alligator. While a variety of studies have been conducted on the subject of distracted driving (spoiler alert: don't do it), few researchers have looked at how texting affects walking. This lack led researchers at PLOS One to conduct a small study of their own, in which 30 participants were asked to navigate a randomized obstacle course designed to mimic pedestrian traffic.

All the while, researchers were recording walkers' gaits in order to see if there was difference in walking styles between the groups. Surprisingly, researchers found that the texting and distracted groups were no worse at navigating the course than the control participants. However, there was one significant difference among the groups. People who were asked to use phones were much slower to finish the course than those who were undistracted, which researchers attribute to the extra care taken while texting and walking.

"Our results, in conjunction with others, suggest that those who walk and text adopt a ‘protective’ gait pattern alteration in order to minimize the risk of potential accidents," the study authors wrote, according to Medical Daily. Another possibility that the researchers offered was that phones are such an integral part of daily life that we've all just gotten really, really good at multi-tasking. Unfortunately, this also means that the older generation, which may not be as familiar with smartphones, could be at "greater risk for tripping" when they try to text and walk, meaning that Grandma might end up like poor Harry here.

So, to recap: texting while walking might not doom you to Charlie Chaplin-esque pratfall, but does that give everyone permission to be glued to their phones willy-nilly? NOPE, because science has also shown that slow walkers are one of the most-hated demographics on the planet [citation needed].

And now, in keeping with the theme of the study, I shall close with this GIF of penguins walking. Aren't we all just penguins navigating the great South Pole of life?