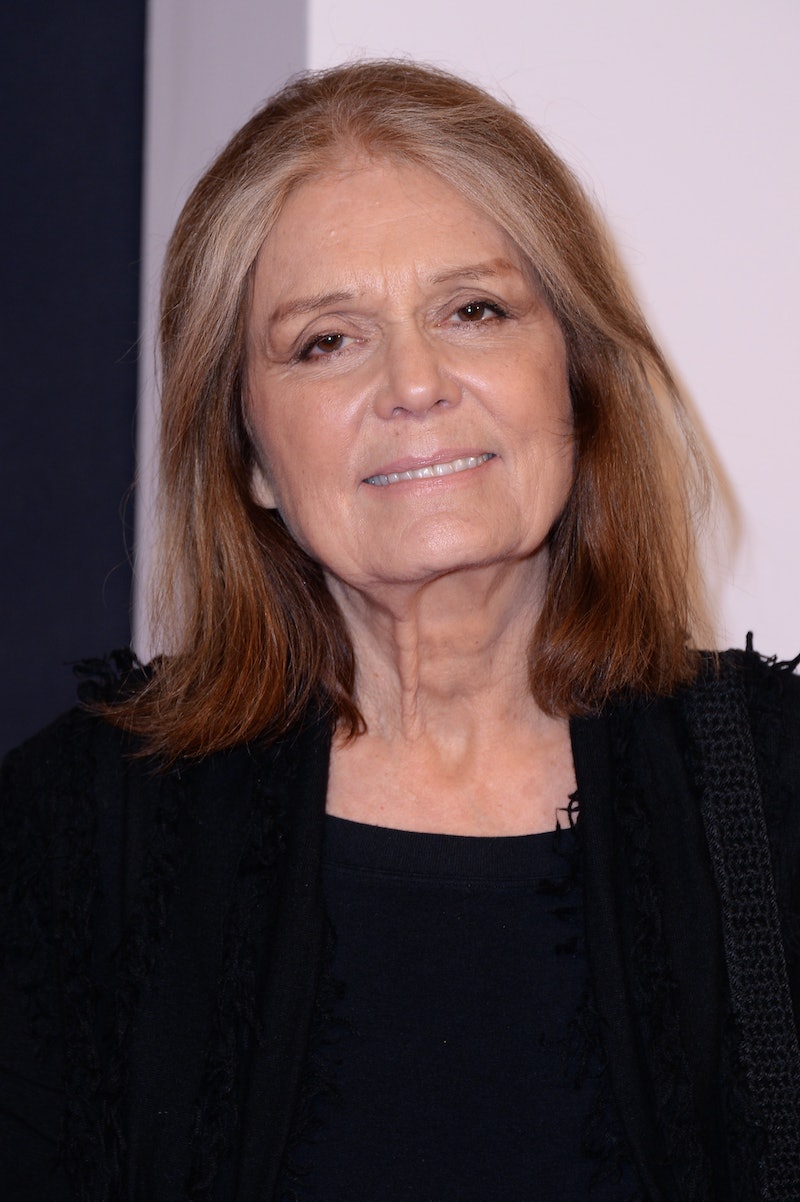 It sounds like the premise of a Jeffrey Eugenides novel: Long-lost feminist documentary Year of the Woman played for a mere five nights in the fall of 1973 before vanishing into obscurity...until it finally receives wide release more than 40 years later. For once, though, real life really is that weird — all that is actually happening!

The time? July 1972. The place? The historic Democratic Convention at Miami Beach. The players? All the feminist icons you can think of — Gloria Steinem, Betty Friedan, Nora Ephron, Dorothy Height, and many, many more — along with men like Norman Mailer, Warren Beatty, and future Democratic presidential nominee George McGovern (more on him later). By now, you're probably wondering how such a clearly historically significant film came to be nigh-forgotten, and the answer lies in that very forward-looking nature. According to the Huffington Post, the Washington Post called Year of the Woman "too radical, too weird and too far ahead of its time for any distributor to touch." That was in 2004, so you can imagine the kind of reaction it garnered in the 1970s.

Described by the Huffington Post as "raucous, weird, [and] unmistakably '70s," the documentary tells the tale of the National Women's Political Caucus's first attempt to effect change at a political convention. In a time before Roe v. Wade, feminists activists attempted to get McGovern to include the legalization of abortion as part of his platform.

McGovern, however, had other ideas, which activists discovered when his campaign chose not to support pro-choice advocates and gave an anti-abortion activist the floor. As you can imagine, the feminist reaction was something like this:

After Year of the Woman premiered, it was bought by a fan and faded into obscurity until journalist Jason Cherkis contacted the director, Sandra Hochman, and asked if he could see it. Apparently, it was that easy all along. Now, the Huffington Post reports, it's finally available for wide release. In fact, you can rent or buy it on Vimeo right now.

If you have some free time this weekend, why not make it a feminist marathon? There are plenty of documentaries out there, but I have some suggestions of my own.

This documentary, handily available on Netflix, interviews great minds like Condoleezza Rice, Gloria Steinem, and Rachel Maddow about the pitiful under-representation of women in the media. (This is a personal favorite — if you're going to watch any of these, watch Miss Representation.)

Although many films focus on feminism in the 1970s, She's Beautiful looks at the lives of several feminists like Kate Millet and Judith Arcana during slightly earlier years — from 1966 to 1971.

This Dutch film follows Dr. Rebecca Gomperts, the woman who sails the world providing abortions to those in need, even in the face of military blockades and religious interference.

Veil of Tears narrates the lives of women struggling against generations of oppression in India, from cities to the country's most remote villages.

Even in 2015, campus rape is a disturbingly real problem. As if sexual assault wasn't disturbing enough, The Hunting Ground provides a sobering look at colleges accused of covering up incident after incident.

According to Ms Magazine, Christy Turlington Burns' brush with death after giving birth led her to create this 2010 documentary, which follows the lives of pregnant women around the world as they face unique challenges.

Although anti-sex-trafficking activist Somaly Mam has since been accused of fabricating her story, there are many other women who share their experiences of fighting oppression in Half the Sky.

This Rashida Jones–helmed film takes an uncomfortable look at women in amateur pornography. As with any film taking a side on the exploitation versus empowerment debate, it's stirred up some controversy, but it's also worth watching.