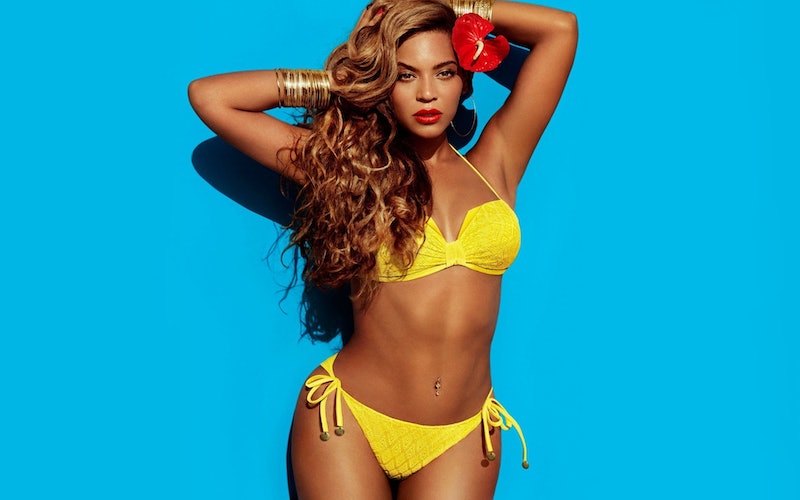 People are not perfect. But women, especially, tend to strive for perfection. We strive to be perfect in our careers, in our mothering abilities, and — thanks to the media — in our appearance, as well.

The Representation Project found that on average, teens are exposed to 10 hours and 45 minutes of media, in all its forms, every day. Perhaps as a result, 81 percent of 10-year-olds have an intense fear of getting “fat.” Fifty-three percent of girls as young as 13 are unhappy with their bodies, and by the time they reach 17, that number jumps to 78 percent. In the United States, women spend between $12,000 and $15,000 on salon visits and beauty products, and from 1997 to 2007, plastic surgery for teenagers under 19 has tripled. We are, without a doubt, living in a society obsessed with perfection.

These distressing facts aside, some things have gotten better. There is now a defined moment encouraging body acceptance rather than conformity, and although it's still considered risky in the advertising world, some brands are even opting out of Photoshopping and are instead choosing models more representative of their customers.

“Sexism sells, because it’s all that’s being offered,” Hannah Chatalas, Press Secretary for The Representation Project, tells Bustle. The project is trying to change that, most recently through their #NotBuyingIt campaign. Since it was created in 2013, the hashtag, says Chatalas, "has been used by tens of thousands on Twitter to challenge brands and companies" that use sexist advertising.

Still, for every step forward that is made in kicking the idea of perfection to the curb, another step backward just pops up in its place. So which is it? Are things getting better, or worse? Obviously, it's impossible to say, but here's some of the good news — and the bad news.

At the 1:43 mark: "She's not looking good these days, she's looking overweight and she's looking very tired. . . . She looks like she's not trying, to be honest."

No makeup! No blowout! And she thinks she's going to run for president looking like that? Who the hell is going to vote for a woman who doesn't "try" to look good?

GOOD NEWS: MORE AND MORE VIDEOS ARE SHOWING THE TRUTH ABOUT PHOTOSHOPPING

When this video went viral, there was a collective, "OMFG." For years, media outlets have called out advertisers and print magazines for their Photoshopping, but nothing quite drove it home like this video.

If this isn't blatantly discrimination against plus-size women, then I don't know what is. According to Lane Bryant, both stations deemed it "too sexy" to air, but if we compare it with this ad from Victoria's Secret, where the women more closely resemble the ideal body, which do you think is "too sexy?" The Janis Joplin song alone is hotter.

GOOD NEWS: BEYONCÉ FOUGHT WITH H&M TO KEEP HER CURVES IN THEIR ADS (AND WON)

When Beyoncé agreed to be part of H&M's 2013 swimwear campaign, she did not agree to have her body Photoshopped beyond recognition. After a "battle" took place over the images, Queen Bey got her way, because you just don't mess with the Queen, and as a rep for H&M confirmed, everyone was stoked with the end results.

Because the 2005 version of this commercial for Carl's Jr. wasn't enough, they had to go and do it again. I guess this is how you perfectly wash a car while perfectly eating burgers and looking flawless? I'm still not sure what the car has to do with this whole thing.

Apparently, this is Julia Roberts. I mean, it does sort of look like her, right? Sort of.

Realizing the harmful effects of such unreal perfection an ad could have on people, Britain's Advertising Standards Authority pulled this, as well as ads by Maybelline and L'Oreal. Jo Swinson, member of the British Parliament, said: "We should have some honesty in advertising … There's a problem out there with body image and confidence. The way excessive retouching has become pervasive in our society is contributing to that problem."

BAD NEWS: HAIR DYE COMPANIES WANT US TO THINK gray HAIR IS SHAMEFUL, AND THEY GOT TINA FEY IN ON IT

"And grays? One hundred percent not!" exclaims Tina Fey in this ad for Garnier Nutrisse. Why does the media still want us to think that aging is such a bad thing? Can't it be admirable?

As Lauren Bacall said, "I think your whole life shows in your face and you should be proud of that." I think the same can be said for each and every one of our gray hairs.

The Dove Real Beauty Campaign turned 10 years old earlier this year. When it first debuted, it was almost shocking. I mean, they were putting women of all shapes and sizes in commercials and magazines ads! What was the meaning of this?

Although Dove still aims to make money off of women trying to make themselves "prettier," the campaign does prove that making strides in the right direction can be profitable.

Oh, bloody hell. African Americans are constantly being discriminated against for their hair, because, obviously, "perfect" hair should be long, blonde, and the kind of wavy you can only get after two hours with a stylist. Groan. Some schools actually have rules against "afro-puffs," which, according to Black Girl with Long Hair, is "essentially the black version of a pony tail," and other women have been fired for defending their ethnic hair against racists.