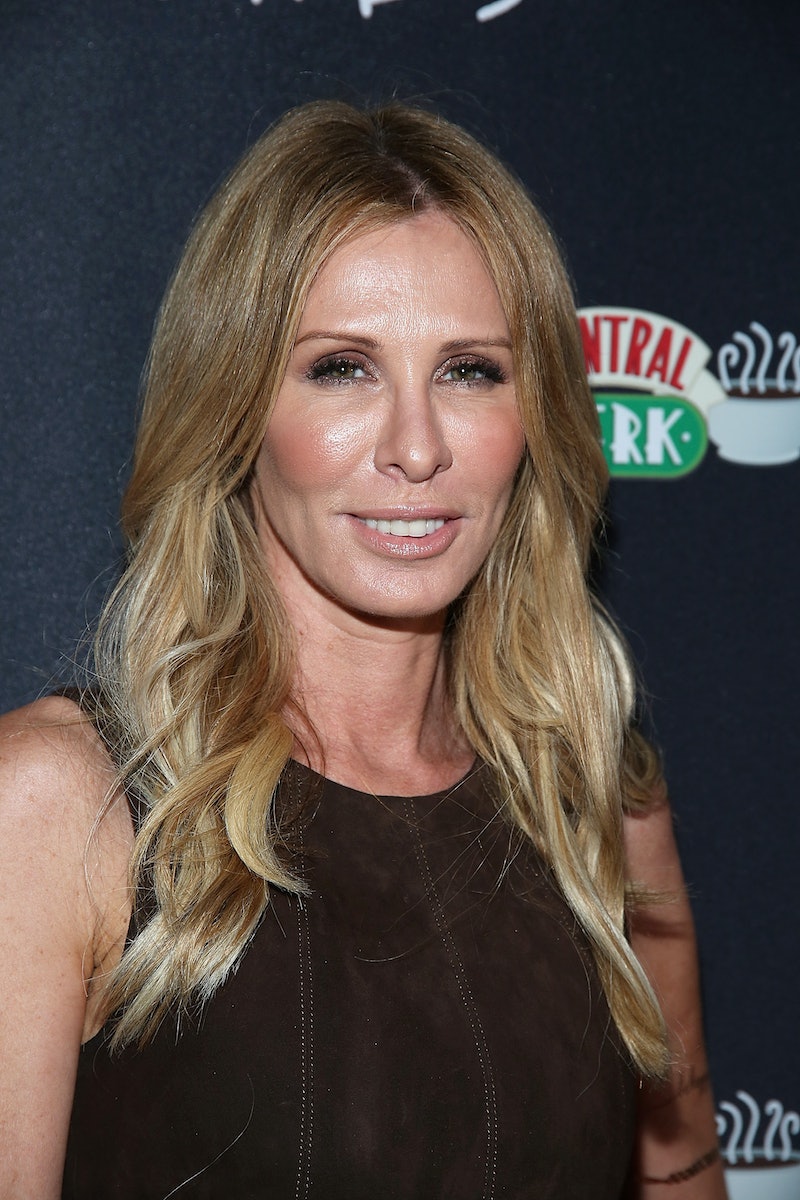 Sometimes it's hard to forget that the stars of the Real Housewives franchise did anything else before they joined reality television. The more I hear about the ladies' past, the more I wish that Bravo had the cameras rolling to tape their lives sooner. For the most part, the Housewives are very open with the name dropping and the exaggerated stories, but there are some exceptions. One of these anomalies is Carole Radziwill from The Real Housewives Of New York City.

Carole's not your typical Housewife, which is to say, a socialite with a vague job description. But there's more than that separating her from the pack. To be honest, Carole is probably the most interesting woman on RHONY — she just doesn't come right out and tell us that.

So, I guess that leave me to give you the scoop: Radzi has had more than a brush with fame. She's actually dated some of the most eligible bachelors in the world. From A-list actors to royal princes, Carole Radziwill's romantic résumé is impressive to say the least. I bet that I have peaked your interest by now. So who has Carole dated? Her little black book is pretty spectacular.

This is the real reason I wish Real Housewives was established sooner. I would love to see George Clooney's reaction to one of those argument-filled dinner parties. In one episode of RHONY, Sonja Morgan even said, "Look at the ass on Carole... No wonder Clooney did her for a year." Ummm, what?! This just seems like the most random match. There isn't a lot of information about their relationship, but Carole said in another episode, "We dated a million years ago … we dated, literally, during the Eisenhower administration." Aside from that vague piece of information, the Housewife once tweeted about his kissing prowess.

Clooney isn't the only actor who Carole has dated. Apparently she had a summer romance with Ralph Fiennes. Once again, she was a little vague about the romance, but she did share some information with Us Weekly : "It was long ago and far away ... over a summer I was living in London." Apparently, there's a scene in her novel The Widow's Guide to Sex and Dating that the actor would definitely recognize as familiar. However, she did emphasize that the book was not about their relationship. She told Us, "Our relationship was not the basis for a story line in my novel. But like most fiction, stories are a pinch of the writer's experience and a part their imagination."

Carole is too cool for school, so I'm not shocked that she went for someone with rock star appeal. Russ Irwin is a singer, songwriter, and producer who has put out his own music in addition to working with Aerosmith, Foreigner, Meatloaf, Stone Temple Pilots, and Clay Aiken. The two broke up in Spring 2014 and they both channeled the split into writing; he wrote songs and she incorporated it into her novel.

Well of course this name is on the list. Without him, we wouldn't be able to call her Radzi. Through her marriage to the now deceased Anthony Radziwill, we can also call Carole a princess. Seriously, she's actually Polish royalty. Her first husband was the son of Prince Stanislas Radziwill and Lee Bouvier. Yes, I said Bouvier. His mom was the younger sister of Jacqueline Kennedy Onassis. This makes Carole a part of American royalty in addition to being a Polish princess. A related, but sad, fact: Carole was the one who alerted the Coast Guard when John F. Kennedy, Jr, his wife Carolyn Bessette-Kennedy, and her sister Lauren Bessette, died in an airplane crash on their way to Martha's Vineyard to visit the Radziwills.

If you watch the show, you are familiar with Carole's latest suitor Adam. Not only is he LuAnn de Lesseps' niece's ex-boyfriend, but he is also a private chef, culinary consultant, healthy living coach, and an owner of an organic fruit farm called Finca Santa Marta in Nicaragua. Well, that's a lot of things. It seems like they're still dating!