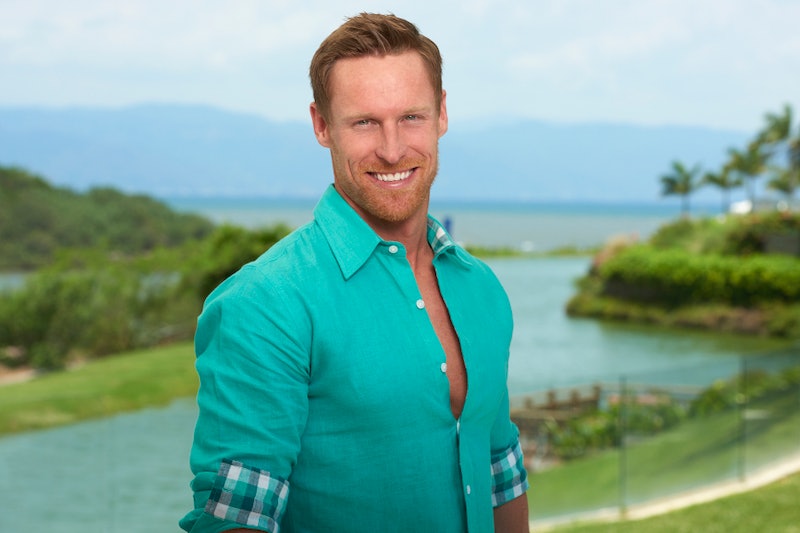 It's back! It's back! Tell your family, message your friends, and set your AIM away status for the next few months because the long-awaited second season of Bachelor in Paradise is back, and so is Kirk DeWindt. Kirk was on Ali Fedotowsky's season of The Bachelorette , was on Bachelor Pad, and now is completing the franchise trifecta by appearing on Bachelor in Paradise. So who is Kirk DeWindt (in case all of his Bachelor appearances don't ring any bells)?

Kirk started his Bachelor life way back in 2010 — so many years ago — and has since haunted the franchise since. He has been very unsuccessful though this far winning love or money, so maybe — just maybe — this will be Kirk's big moment to shine. I'm rooting for him to find love, since there is actually no other show for him to go on within the Bachelor franchise (unless he becomes the next Bachelor... but come on, that's not going to happen).

So, what is there to know about Kirk? Here is what this personal trainer has been up to since his shot at love on The Bachelorette was dashed and his shot at money on Bachelor Pad was a no-go.

He's Been Working On His Fitness

This is kind of an occupational necessity when you're a personal trainer, no?

He's Been Inspiring Others To Work On Their Fitness

What type of trainer would he be if his Instagram wasn't inspiring others to become stronger versions of themselves?

One iPad at a time.

He's Been Doing A Little Bit Of Modeling

As one does after completing a Bachelor franchise show.

Kirk's Instagram reads "eat, gym, fish" as his motto. But, will he be able to reel in — LOL — anyone on Bachelor in Paradise? We'll have to tune in to find out.