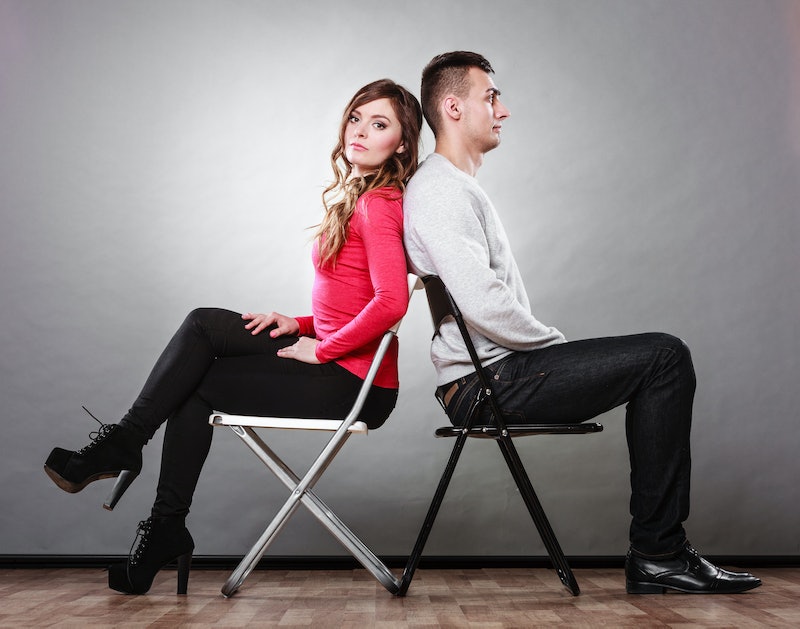 The lowest points in my life have always followed a breakup. Not only was my heart shattered to a million bits, but I was forced into the downward spiral that we all end up in where we question what’s wrong with us. The answer is nothing, of course; sometimes love just dies. I know I’m not alone in the misery I felt, and science has confirmed that women suffer more pain after a breakup, although I probably could have told you that.

The study by Craig Morris, a professor of anthropology at Binghamton University in New York and his team, found that when it comes to pain, women really get the brunt of it. But while that may be the case following the breakup, in the long run women recover far better than men. Does this mean the guy who broke my heart is crying himself to sleep somewhere? Let’s cross our fingers.

In fact, the study found that men never really recover from a breakup at all, but instead just move on. Women manage to pick up the pieces, sew them all back together, and actually heal; when they’re emotionally ready, they're better than they were before the relationship came to an end. Ladies, we are awesome.

But that’s not all there is about the healing process of a broken heart. Here are seven things to know about the breakup recovery ― since it's something we all have to deal with at least once.

1. Women Feel The Most Emotional And Physical Pain

The study examined 5,705 people who had suffered a breakup and asked them to rate their emotional and physical pain on a scale from one to 10. What it found is that the median for emotional pain for women was 6.84 while it was 6.58 for men, and when it came to physical pain, the average for women was 4.21 versus men’s at 3.75.

As the scientists pointed out, this may not seem like a large difference, but statistically, it’s a considerable enough amount to prove that women hurt more.

According to the study, how men and women react to a breakup is completely different. Women tend to suffer from depression, anxiety, and fear, while men feel a numbness or anger, combined with an inability to focus. That could explain why it feels like our ex is doing just fine while we hang out on our couch for weeks, crying and eating two pizzas instead of one.

3. Men Are More Likely To Be Dumped

Although women know just how devastating the end of a relationship can be, they tend to be the dumper, rather than the dumpee. Research has found in that 70 percent of divorce cases, it’s women who initiate them. The reason for this is that, evolutionarily speaking, women have more to lose than men if they stay with the wrong person, so they’re wired to put up with less and cut their losses and run.

Not only are women more likely to walk away from something that isn’t working out, but they’re stronger for it. They recover fully, unlike men, and are more selective in picking another mate, also unlike men. Men can suffer from the loss of breakup for years, even if they’re dating someone new, while for women when it’s over, it’s over.

5. Finding Yourself After A Breakup Will Speed Up Recovery

Yes, “finding yourself,” is a silly saying, but a study by the University of Arizona found that people who were able to recovery their self (as in the person they were before the entire relationship), they were able to heal faster. It’s what’s known as “self-concept repair," in that you examine your former self and try to get back to where you were before you were one half of two.

According to the study by Morris and his team of researchers, 80 percent of people experience at least one big breakup in their lives that “affects them strongly and they can recall it in great (painful) detail throughout their lives.” But while this is definitely the case, another study found that you can use those details to recover faster.

The study published in Social Psychological and Personality Science earlier this year found that when the participants were forced to discuss their breakup over and over, they were more able to process it, learn from it, and make peace with it.

7. Breakups Are Supposed To Hurt

According to anthropologist, Helen Fisher, “Why did our ancestors evolve brain links that cause us to hate the one we love? Perhaps because it enables jilted lovers to extricate themselves and start again.”

In other words, as the researchers of the Binghamton University study confirm, breakups are supposed to hurt like hell, or else we wouldn’t invest so much in relationships. Relationships, although not necessary, are a component of procreation, and at the end of the day, that’s what it all comes down to: makin' babies.

More like this
10 Ways To Be More Empathetic To Your Partner
By Raven Ishak and Lexi Inks
6 Dating App Tips To Try If You're Looking For A Serious Relationship
By Lexi Inks
How To Politely Reject Someone Who Keeps Asking You Out
By Laken Howard and Lexi Inks
Are Quality Time & Gift-Receiving Love Languages Compatible?
By Lexi Inks
Get Even More From Bustle — Sign Up For The Newsletter