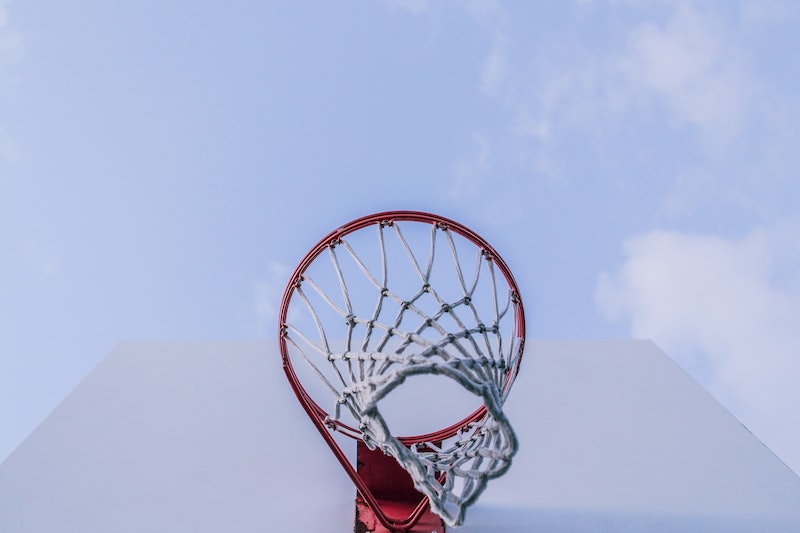 A few months ago, legendary rapper and husband of Kim Kardashian Kanye West tweeted that he had changed the name of his upcoming album to SWISH. Initially he was going to call it So Help Me God, so why the switch? And perhaps more importantly, what exactly does "swish" mean? Of course, there's no way of knowing how Kanye will interpret the popular slang word, but that doesn't mean that we common folk can't keep using it as is in the meantime.

Let's turn to Urban Dictionary for a few definitions. Depending on the context, "swish" might mean any of the following:

Basically, saying "swish" is another way of saying "yas queen." It represents a sentiment similar to getting lit in that there is a celebration of an accomplishment that excites you. For example, if I were to study really hard for a test and got an A on it, I might smile and whisper to myself, "Swish." Definition number one nails it — the word is prompted by the same amount of excitement or accomplishment one feels when they throw a basketball into a hoop and it touches nothing but the net.

In case you're still confused about how and when to use it, though, here are some examples of moments and scenarios in which saying "swish" would be appropriate:

1. A cute girl gives you her number.

3. You got your parents to finally buy you that puppy you've been begging for.

4. You just dismantled the patriarchy.

5. You wake up in the morning feeling like P. Diddy.

6. You wake up in the morning feeling anything but tired.

Swish, queen, swish, because I can't remember the last time I woke up not needing a Big Gulp full of coffee.

7. You wake up in the morning after a long night of drinking and don't feel hungover.

8. The yolk is perfect on your fried eggs.

9. You actually unpack after a trip instead of living out of your suitcase.

10. You catch a reflection of yourself dancing and you look damn cool.

It's the little things that are worth celebrating, you know? And now you know what word to use when you're doing that: Swish!