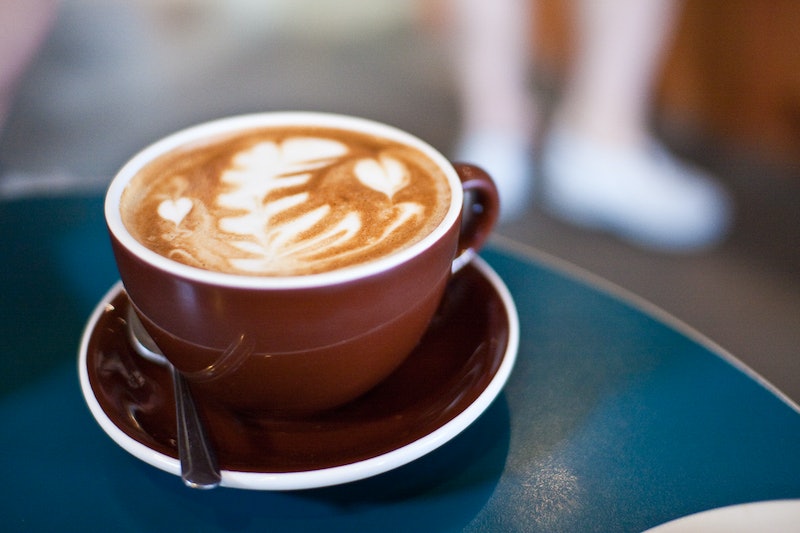 We should be ashamed of ourselves.

Or maybe not, because, y'know, it's just coffee. That said, though, it is still kind of fascinating to find out which kinds of coffee drinks we're more likely to share with the world via social media than others. Obviously the exact numbers will change pretty quickly — they're probably already shifting minute by minute or second by second — but as of right now, we can still use them to get a general idea of where we're at. So let's take a closer look, shall we?

And the award for the most popular cup of coffee on Instagram goes to...

The latte! Congratulations, latte, even if you're the least surprising winner around. Given that the majority of specialty drinks offered by most coffee shops (in the United States, at least) are given the moniker “latte,” it's only to be expected that the not-so-humble latte would take the top slot; furthermore… well, I have two words for you: Latte. Art. Very few things are as Instagrammable as a beautifully designed milk foam leaf floating delicately across the surface of a wide-mouthed mug.

That said, though, there are still a few surprises: Frappuccinos, for example, didn't crack the top five, while espresso is much higher up at number three than I would have guessed. Also, where's cold brew? Given its meteoric rise in recent years and particular interest this summer, I'd be curious to know where it falls in the ranking. Did it not rank at all? Is its exclusion simply an oversight? Inquiring minds want to know!

Do you feel ready to tackle the day now? I sure do.