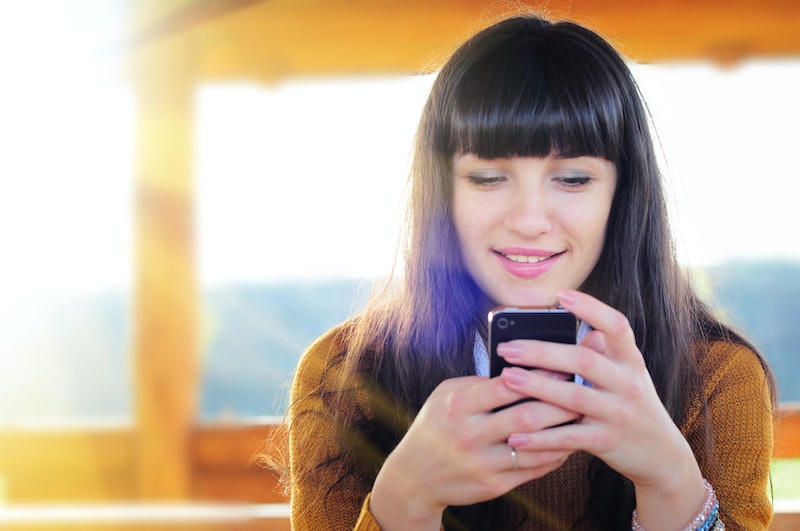 Tinder was instantly nicknamed "the hookup app" when it first came out. Stories of friends of friends swiping right on the dating app and then hooking up 45 minutes later spread like wildfire (and Wyldfire). Blogs became devoted to creepy Tinder messages. But people also found love on the app. Couples formed, people got married, babies were made — and so were spinoff apps. Now with a zillion Tinder-like apps out there catering to your every interest, the real purpose of dating apps has gotten of blurry.

Dating apps are low-effort and low-commitment. There are no lengthy profiles, no questionnaires to fill out about who you are and what you're looking for, and no usernames to overthink. But does that mean it's harder to find love on them? What if you are looking to date someone and a short and sweet profile is all you really have time for? Enter The League, a selective dating app with a solution for perpetually over-scheduled young professionals ... and a hella long waitlist.

Founder and CEO Of The League, Amanda Bradford, says the app, which pulls in your Facebook and LinkedIn accounts, is designed for people who are ready to take things a little more seriously and spend their time wisely. "They don't have time to go on five bad dates a week, instead they want to go on one date with someone they have a pretty good chance of connecting with."

In this week's episode on dating apps for Bustle’s new sex and relationships podcast I Want It That Way, we talked to Bradford all about dating app profile pictures, dating dealbreakers, the About Me section, and what a few Bustle editors are doing wrong in their profiles. Take a listen below:

Bradford tells us the key to an effective dating app profile is all about putting your best foot forward. So, how do you do that in 1-2 lines and a few pictures? Here are some highlights:

1. Use Emojis In Your About Me

Bios on dating apps are only a few lines each, so how do you stand out? The About Me is where you can show off your creative spirit, Bradford says. It's your chance to be funny and quirky, whether it's through emojis, riddles, or poems.

2. Be Upfront About What You're Looking For...

Bradford says if you're on apps geared toward one-night stands, and that's not what you're looking for, you should make it clear in your About Me. She says there's more of an understanding that people aren't looking for one-night stands on The League, so it's not really necessary to say it in your profile.

Bradford says to use your About Me as the place to sell yourself, as opposed to list your "don't message me if.." criteria. Tell the other person about you, what makes you different, and make it "less about a sterile checklist that scares people off."

They're fine for a placeholder photo, but they're not game-changers, Bradford says.

4. No Hiding Your Face — Especially In Your First Picture

It's not about being hot, Bradford says, it's more about how you're presenting yourself in the picture. Her review team takes this into account when picking people off the waitlist.

Chill with the duckface selfie. The League even notifies people to update their pictures when all they see are selfies.

6. No Pictures With Cute Babies

Even if it's not yours and it's the cutest baby ever, no, just no. It's just too confusing for everyone. However, dog pics are A-OK, she says. Phew.

7. Show What You Do In Your Spare Time

Scanning through my profile pictures, Bradford says, "it's just your face six times." This was true. I didn't have any photos depicting how I actually spend my time, except for one where I'm eating pizza, which is still up for debate because I was wearing sunglasses.

Whether it's wake-boarding, rock climbing, playing an instrument, or skiing, Bradford says these types of pictures typically inspire openers. Bradford used a picture of herself playing the guitar and it sparked a ton of first messages.

8. Show Someone Who's Important To You

Grandma pic, just do it.

It's definitely a controversial one. I had zero full body shots on my profile, but it's not the first time we've heard they're effectiveness in online dating . "I hate to say it," Bradford says, "but it does improve your acceptance rate by 20-30 percent." She says it's important to have at least one full length pic — even if it's one with a bunch of friends.

10. Use Pictures That Make You Seem Approachable

Bradford says you can do this by choosing pictures where you're smiling (with teeth) as opposed to using selfies or more serious photos. She does A/B testing on the app with two different personas: Mandy and Amanda. One profile has photos showing she's fun, approachable, and parties with friends, and another is a more professional profile, where she has full makeup and her hair done. She says the fun, girl-next-door profile is way more successful.

Want to get join The League? Bradford says to get a friend who's on the app to give you a VIP Ticket to get on the next review period. Friends who are already on the app can also recommend you to the concierge. If you don't have friends on the app already, make sure your profile is fully filled out and write in to ask about your status. They'll give people who does this more attention.