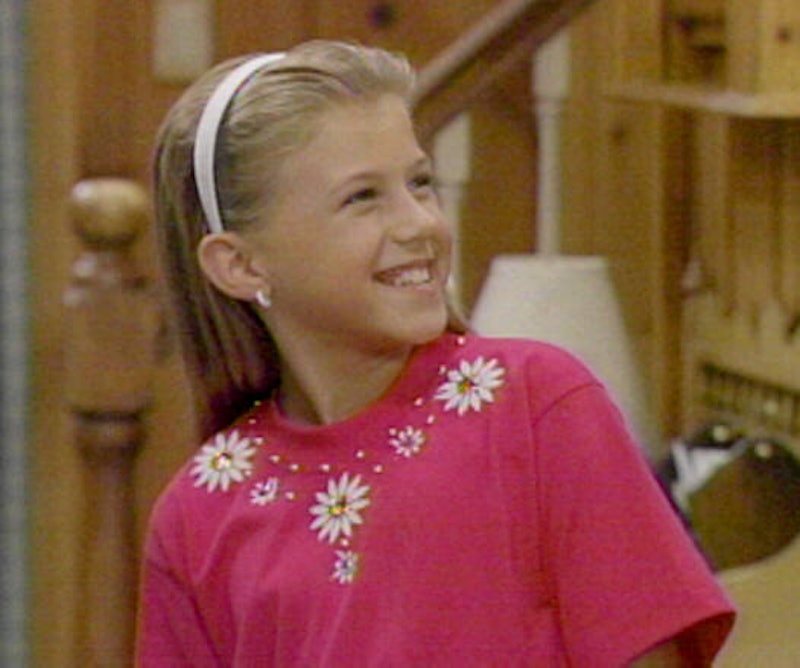 It pretty much goes without saying that Stephanie Tanner is the best character on Full House — especially during her younger years. She's got everything I love in a TV character: Sass, good hair, and just the right amount of self awareness. And even though every character has their funny moments on this show, Stephanie's most definitely the funniest. Whether she's driving a car into the kitchen (on accident) or making fun of Kimmy Gibbler, Stephanie's basically comedic gold. I say this as someone who has watched every episode of Full House far too many times to count, and I can't decide if I'm ashamed or proud to say that I can probably recite most of them word for word.

Anyone who's seen an episode here or there already knows Stephanie's biggest catchphrase — "How rude!" — but what about the other gems she's dropped over the show's eight season run? If you've been paying attention enough to understand the significance of names like Mr. Bear and Duckface, you're probably well prepared to take this quiz.

Think you're ready to put your knowledge of Full House (and Stephanie's greatest one-liners) to the test? Try to finish the quotes below, and then check your answers at the bottom. If you manage to get more than seven right, you're an expert. If not? You have some DVDs to purchase, my friend.

A. the monster B. the wolfman C. the ghostD. the vampire

5. A. "You know, Rigby, you don't just rip off kids' money, you rip off their dreams. How do you sleep at night? Especially with that big horn?"