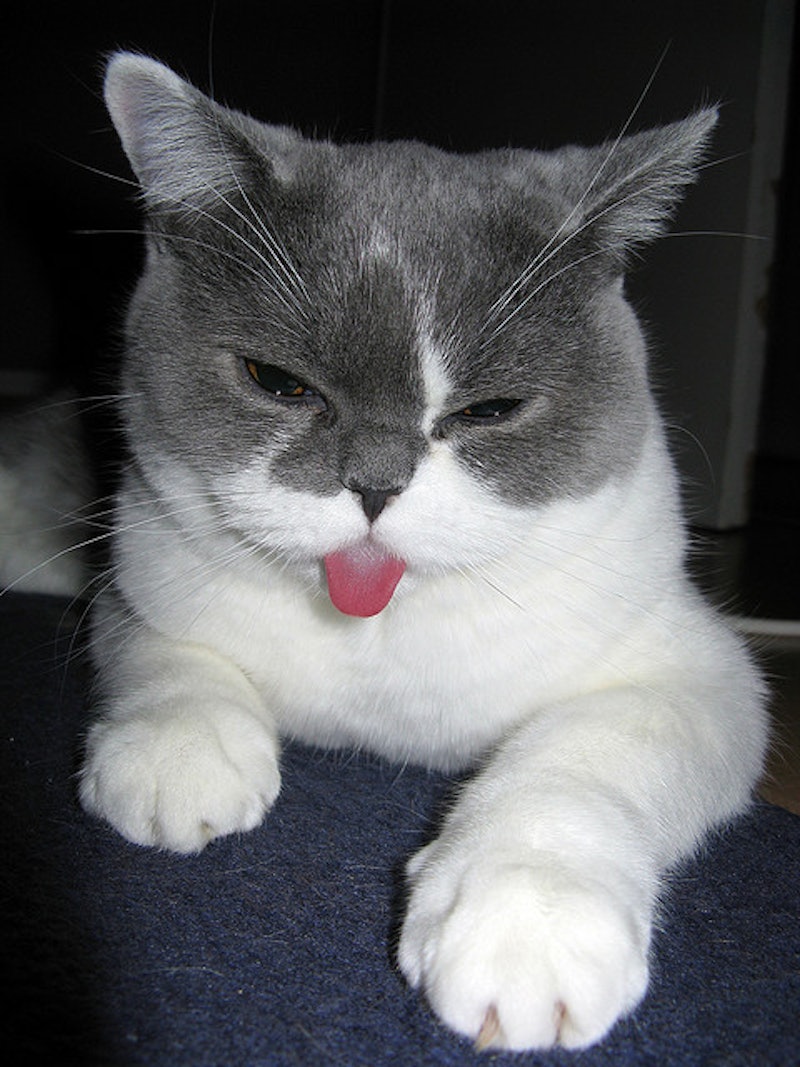 We humans are a frequently disgusted lot, easily annoyed by just about anything. We hate all sorts of things with great gusto, and sometimes even form friendships based on shared hatreds, where we sit around talking cheerfully about how much a certain thing annoys us. But there are some dislikes that are both pretty universal and kind of inexplicable — and you need to delve into scientific research in order to find any sort of explanation as to why.

A lot of pet peeves can be explained away by two particular emotions: irritation and disgust. Irritation takes care of behavior like bad parking, rude servers, incorrect grammar or loud telephone calls on public transportation. Disgust, meanwhile, covers things like indecently loud chewing, public bodily emissions, or the sight of nauseating or "unclean" things like dog poo left uncollected. We hate things that interrupt or corrupt our experience, as well as those that make our health feel endangered. (That includes stuff that we believe, culturally, is bad luck.) So far, so good. But when we get deeper into our peeves — the ones that don't obviously threaten our health or fill us with disgust — we also go beyond these explanations.

Why do we absolutely loathe the noise of nails on a chalkboard? Why do so many people hate the word "moist" or the texture of tripe? What purpose does our revulsion towards these kinds of petty things serve in the grand scheme of human existence (besides just bringing conversation to a crashing halt)?

1. The Sound Of Nails On Chalkboards

This is one of the oldest and most commonly documented pet peeves in human history, and there's actually been considerable argument about what precisely makes it so unpleasant, and why we react so badly to it. There's something special about the particular sound that gives us shivers— but what is it?

Some hypothesized that our reaction to the noise is an evolutionary throw-back to a warning noise made by monkeys. According to a 2012 study conducted by an MIT scientist, we hate sounds most when they're either very high frequency (which blackboard scraping isn't) or "rough" (a type of sound where the frequency fluctuates). The theory was that the vibrating, scraping noise of the chalk-scrape mimicked a primitive distress scream by monkeys, which would automatically make us want to scamper to escape danger.

A 2012 study by the Wellcome Institute and Newcastle University found that the most unpleasant noise to the human brain is actually a fork scraping against a glass, followed closely by nails on a chalkboard. When researchers scanned the brains of subjects listening to these sounds and eight other distressing ones, they recorded serious activity in the amygdala, a part of the brain that plays a big role in regulating our aggression and emotions. The bigger the brain response, the more disgusted and unnerved the subjects felt. The scientists thought that perhaps all ten disgusting sounds — each of which had a range of 2,000 to 5,000 Hz, striking the ear at its most sensitive — might upset us due to their resemblance to primitive sounds of distress. After all, both women's screams and baby's cries were rated to be in the top ten extremely worrying noises.

However, we seem to have evolved away from registering many other primitive distress noises: a 1986 study found that while macaque monkeys hate the sound of nails on a chalkboard, they also hate white noise and other high-pitched noises, which we don't. According to new research, the real reason nails on a chalkboard drives us bananas is the shape of our ear canals; they seem to amplify certain sounds within that frequency range, meaning that they resound and feel like they're "hurting" our ears. So it may just be the fault of our modern ears, not our primate past.

Humans are sensitive to stuff that disgusts. It's a good evolutionary tactic — we're generally disgusted by things that might be unsafe to our health, an emotional reaction that protects us from disease and unsafe behavior. But being disgusted by a word that can do absolutely no harm to us seems to have no evolutionary purpose at all. That, however, is the fate of the word "moist," as well as others that make us similarly uncomfortable.

The puzzling hatred we feel for these words is an example of what certain linguists and psychologists call "word aversion." And while research on it is scant, experts believe that it comes from a few different places. Words subject to word aversion seem to be divided into words where the sound itself inspires disgust, and those where the meaning is the problem (typically words that refer to a gross, dirty or otherwise forbidden act or sensation). The sound of a word registering as disgusting might be traced to how we feel while saying it. If making the word's sound involves a lot of saliva, tongue movements or pursing of the lips, we might become uncomfortably physically aware of ourselves while talking, and slightly repulsed by that awareness.

However, as Professor David Riggle told Mic.com, part of the disgust we feel about certain words is almost always transmitted socially. If somebody says they find a certain word, whether in noise or in meaning, disgusting, you're more likely to be aware of its disgusting possibilities yourself — which tracks with the way that disgust for the word "moist" has spread over the internet. Word aversion has spread through our social groups; it's likely that most different societies had aversions to different words. It's a wonder the Victorians could hold conversations about anything.

This is a fairly common dislike — and it's why food texture, often referred to as "mouthfeel," is as important to restauranteurs as taste when it comes to formulating new dishes. Many humans have an instinctive distrust — or even a violent disgust — for foods that have a slimy, peculiar, non-organic feeling. Hence the fairly common textural dislike for oysters, tripe, snails, sushi, seaweed, tofu, tapioca and mushrooms. They're all foods that seem slick, squeaky, and ultimately inedible.

Part of this dislike is cultural, and part of it has to do with deep-seated evolutionary warning signals in the brain about whether certain objects are edible. A 2005 study showed that, regardless of packaging, origin or whether they were from plants or animals, gelatinous or "slimy" foods were rated the most disgusting by blind testers. But, crucially, what people perceived as slimy depended on their cultural background and how much exposure they had previously had to the food.

If you've eaten a lot of sushi in your life, for instance, it'll pass the "slime" test, whereas if you're used to fried chicken as the true "mouthfeel" of food, your mouth will be automatically suspicious of this peculiar fishy substance. The "slime" test exists in us all, however, and for a powerful reason: disgust for food substances evolved to keep us away from things that might be poisonous or improperly prepared. Something that feels raw or covered in a viscous substance is, logically, seen as a danger to the body, unless we know through experience that it isn't.

Will these explanations help you make sense of your reactions to these things? Maybe. Will they keep you from flinching the next time you're offered a slice of "moist" cake? Hell no.