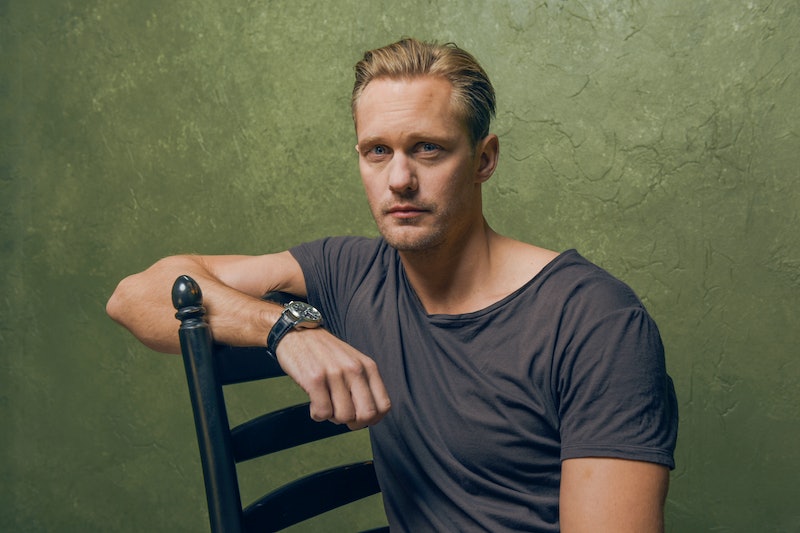 When most people think of Tarzan, one of two things come to mind: either the original books by Edgar Rice Burroughs, or, more likely, an attractive animated dude swinging from trees while Phil Collins plays in the background. That might just change soon, though, when Harry Potter director David Yates releases Tarzan next summer. Starring Alexander Skarsgard as the titular hero, Tarzan is a darker version of the famous story than any we've seen before; instead of featuring the man learning human ways and falling in love, an already-gentrified Tarzan returns to the jungles, only to be caught up in a dangerous web of money and violence.

"It’s kind of a reversal of the novel or some of the other adaptations, where you try to civilize the beast," says Skarsgard. "This is the other way around."

The actor, who can next be seen in Diary of a Teenage Girl , out now, leads an all-star cast in Tarzan including Margot Robbie, Christoph Waltz, and Samuel L. Jackson. He says he was drawn to the film's unique portrayal of a classic tale.

"I just thought it was an interesting take on something I, and I think all human beings, can relate to," he says. "That dichotomy of being a civilized human being and also being an animal at the same time, and to fight that power struggle, and to find that balance."

Tarzan is set in 1880s Victorian England, nearly a decade after the hero has left Africa to begin a life in London, with Jane (Margot Robbie).

Says Skarsgard, "He speaks perfect English, he lives in the Greystoke Manor with Jane, his wife. It’s very civilized."

But then, invited back to the Congo by the villainous Captain Rom (Waltz) under the guise of being a trade emissary of Parliament, "the adventure begins," says the actor.

When "he goes back to his earlier state, his more animalistic quality comes out. He loses his layers," says Skarsgard. "The beast inside — in a way, it slowly comes out."