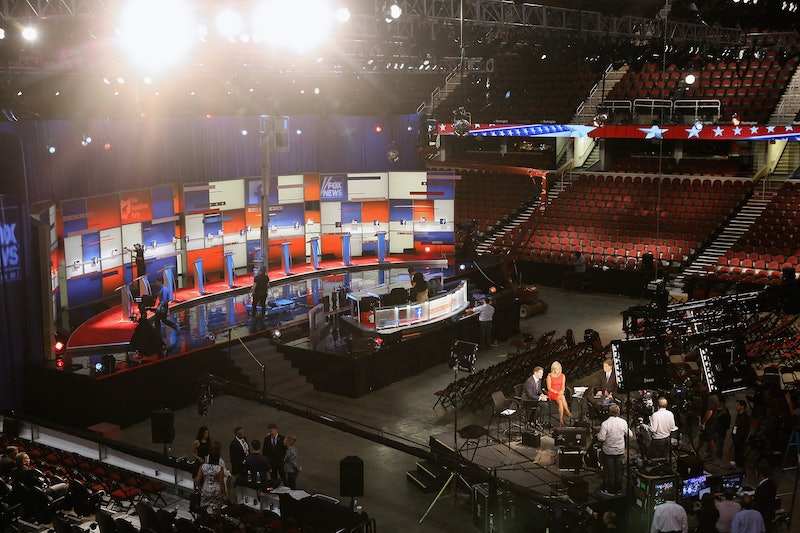 If you needed any more proof that the Republican presidential candidates hold horrible views on women’s issues, Thursday’s first debate of the election season should have delivered all the evidence you needed. In the wake of the GOP-led vote in the Senate to defund Planned Parenthood, we expected some grandstanding and posturing from the candidates on women’s issues. Still, it was sobering to hear all the times that women’s issues were shot down during the GOP debate.

It’s no secret that the Republicans have some deeply troubling views on women’s rights and policies that directly impact the lives of women and children. And I’m not just talking about abortion here; when it comes to health care, equal pay, minimum wages, and marriage equality, the GOP has distinguished itself as the party that could do the most harm for women.

Heading into the debate, Jeb Bush told the Southern Baptist Convention that he was “not sure we need a half a billion dollars for women’s health issues.” The public learned that Donald Trump considers breastfeeding “disgusting,” so we can guess how he’d prioritize workplace protections for new mothers if he became president. And finally, Chris Christie said teachers unions “deserved a punch in the face” for promoting better benefits and pay for America’s educators. (More than three out of four public school teachers are women.)

So, it was clear going into the debates that none of the candidates would be particularly friendly to women. Still, it was depressing to hear just how many shots the Republicans fired at women’s issues on Thursday night.

Donald Trump had a truly disgusting response to one of the first questions of the night about his track record with women. When FOX host Megyn Kelly asked whether Trump's past statements about women are appropriate for a president, his response was basically, "I don't have time to be politically correct."

Within the first few minutes of the debate, Mike Huckabee answered a question about abortion by saying that fetuses are granted constitutional rights from the second that sperm meets egg: "I think we should invoke the 5th and 14th Amendments to the constitution. We now know that a baby is alive at the point of conception.... We continue to ignore the personhood of the babies' rights for protection and due process under the law."

In response to a question about his pro-life record, former Florida Governor Jeb Bush touted the "culture of life" he tried to create in that state, including restricting access to basic education about abortion options. Rubio answered along the same lines, adding that not only does he not favor rape or incest provisions, but that every single human being is entitled to protection under the constitution whether they can speak for themselves or not.