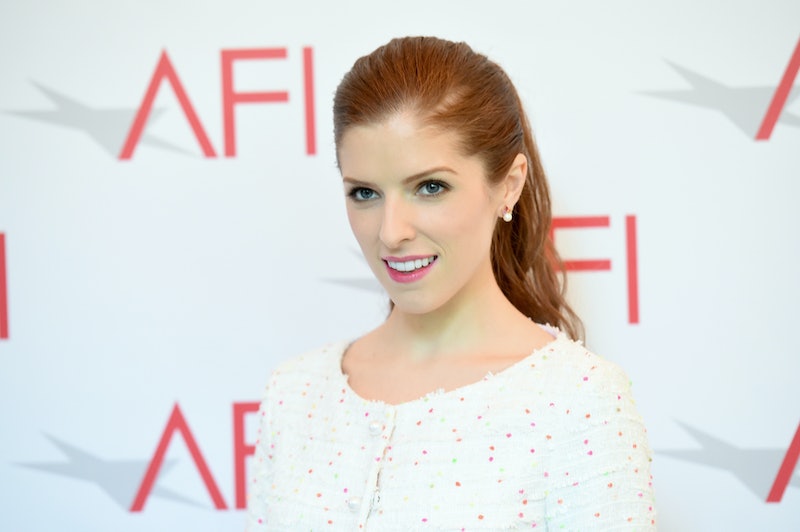 To borrow old timey fairytale language from Into the Woods, let it be decreed that Anna Kendrick and Ben Richards have been dating for a year now and yet their relationship remains as adorably elusive as ever. Though the actress and cinematographer both have Instagram accounts (Kendrick's is filled with hilarious selfies and a peek into her Hollywood life; Richardson's is filled with gorgeous shots of scenery) there is nary a photo of the pair to be found, and paparazzi shots like these are few and far between. All this means is that I basically have to become a celebrity Sherlock Holmes and uncover everything the public wants to know about Ben Richardson, which, I promise, sounds a whole lot creepier than it actually is. First up: How did Anna Kendrick and Ben Richardson meet?

According to Perez Hilton, the two met while filming the 2013 comedy Drinking Buddies, which I sincerely hope isn't just a movie title but also a description of their life as a couple. In all seriousness, Kendrick starred in the film alongside Olivia Wilde and Jake Johnson, while her soon-to-be-beau was behind the camera as a cinematographer on the movie.

Though pretty much all the actress has publicly said about her relationship with Richardson is that "it's a pretty sweet situation," the hopeless romantic in me visualizes their first meeting to be one of those moments when time stands still and all they see is each other (siiigh). In reality, though, they probably got to know each other after spending long hours on set and laughing over beers or whatever it is that famous people do with their time.

All in all, I have no doubt that Anna Kendrick and Ben Richardson have a "pretty sweet" relationship, no matter the meet-cute. Just look at Kendrick and Richardson in the photos above and below: They even make running errands together and sporting twin "resting b*tch faces" and probably hatin' on the paparazzi look like a cute, couple-y activity. Of course, they are also all kinds of adorable while posin' in profesh photos together, as well. Love!