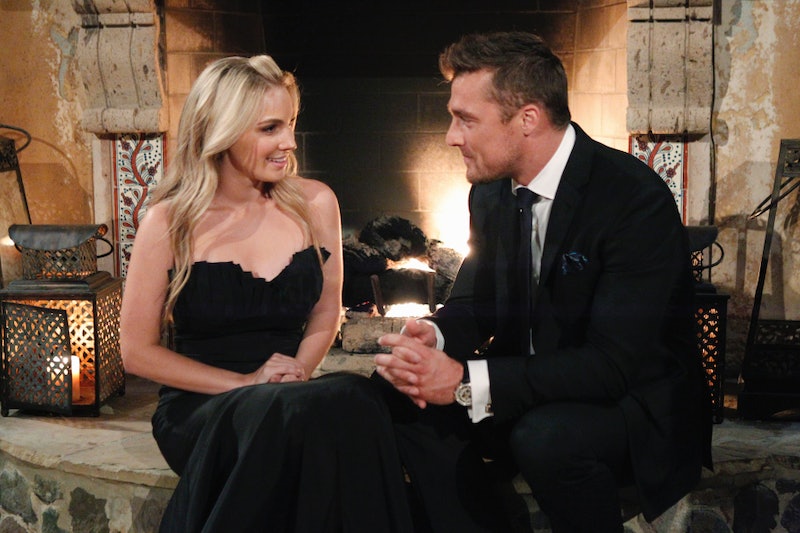 Another week, more contestants added to the cast of Bachelor In Paradise. Not that I’m complaining, of course — I so enjoy watching the smooching, groping, and altogether crazy behavior that embodies the show. It’s even more fun when contestants you don’t know that well get added, like Megan Bell from Chris Soules’ season of The Bachelor (she was the one who thought New Mexico was in a different country). A preview for Sunday's episode showed Megan appearing in Mexico to join the search for love. So, before we see her on Bachelor in Paradise, here's a refresher on who Megan Bell is, and what's she's been doing since her time on The Bachelor.

Megan was one of the few contestants to have left the show on her own volition, which I really love. Though she and Chris shared a romantic one-on-one date that boasted a helicopter ride and a picnic lunch (don’t they all?) during which they talked about her father’s death, this Nashville resident eventually decided she wasn’t feeling it. Their connection had dissipated, and Megan told Chris that she’d be off. I really love when people leave the show on their own terms — it shows a great amount of self-awareness to say, “Hey, I don’t want to do this anymore even though I'm on television.” So, we know that Megan is strong and self-assured, but what else has she been doing since The Bachelor?

It’s a good thing that Megan is in Nashville (I’m sure that’s no coincidence), because she has one heck of a voice. She plays and sings all over town, so if you’re ever in Nashville, be sure to look her up. I’m sure you’ll be in for a good show.

Um, can totally relate to this. As a millennial, I have the requisite Facebook/Twitter/Instagram thing down, but talk to me about Snapchat and Periscope and I’m like “wha?” I’m glad that Megan feels the same way.

All of that band traveling sure is convenient when you have someone to take you places — Megan’s uncle has been flying her all over the country. Who wants to fly commercial, anyway? All those extra fees.

Perhaps Megan is a bit of a daredevil, since she’s been hitting the go-kart track in Nashville as of late. I also often feel the need for speed, so I appreciate the urge to get in a little car and hit that teeny gas pedal.

She’s Hanging With Past Contestants

Jade Roper and Megan became fast friends while they were on The Bachelor together, so it’s great for them that Jade is now also living in Nashville. From their social media, it seems like these two are having a grand old time in a very musical city.

Former Bachelor contestants — they’re just like us! I, too, love hitting the farmer’s market with my mother on the weekend. All of the veggies that I buy there counter the crap I eat on the weekends, right? That’s what I force myself to believe.

After doing a deep dive into her social media (is that creepy?), I got a much better sense of who Megan is as a person. I mean, did they even really tell us anything when she was on The Bachelor? I’m so looking forward to seeing her on Bachelor in Paradise, and I hope she finds her match down in Mexico.