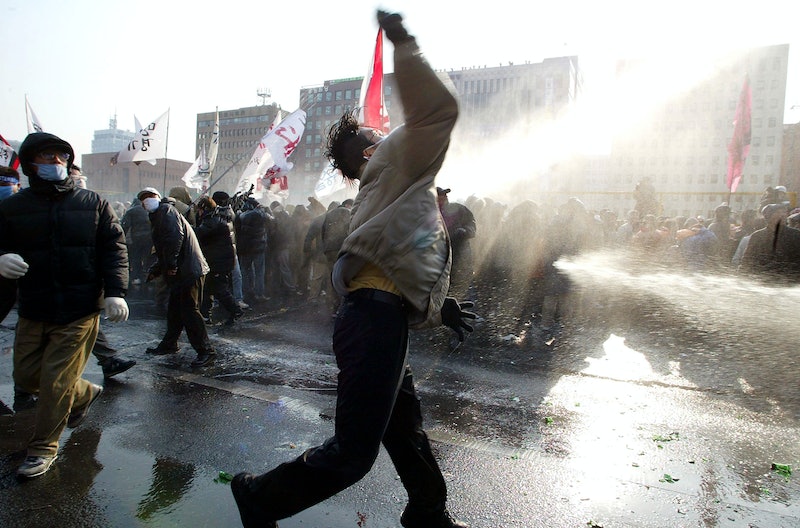 Things turned violent in Chile's capital as protests over a range of issues swept across the nation Wednesday.

Over 100,000 protesters marched through Santiago and various other cities, as part of a country-wide strike organized by the Confederation of Chilean students in conjunction with the unions.

Although the marches were mostly peaceful, a group of hooded demonstrators began to clash with law officials after reportedly attacking a police station in the morning. The protesters reportedly threw Molotov cocktails and rocks at policemen, who responded with tear gas and water cannons.

At least four officers were injured and over a hundred people were arrested in the riots.

The demonstrators were diverse, and included school and university students, port workers, copper workers, the National Confederation of Municipal Health workers, as well as several other unions.

As has been the case in Brazil, though, the actual demands of the protestors have been hard to pinpoint. There have been calls for higher taxes on the wealthy, educational reform, redistribution of Chile's copper wealth, and even the legalization of marijuana.