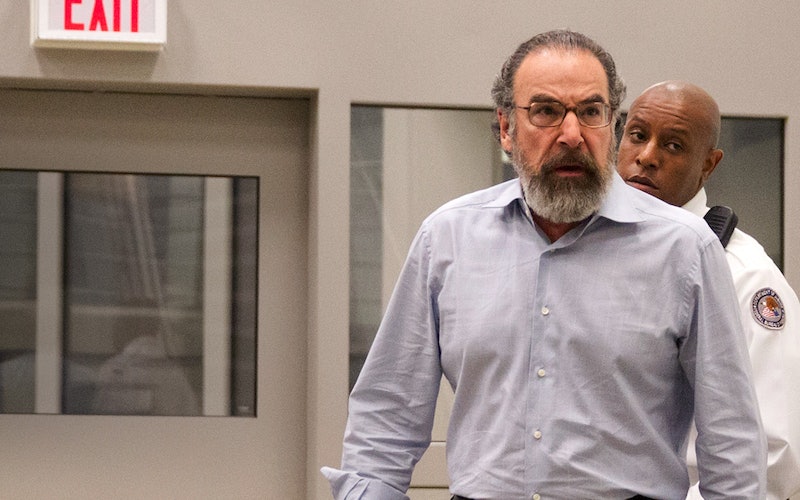 This week on Homeland : Brody is off to see the wizard in Iran and plot some serious assassination attempting. But, of course, complications arrive, more assassinations are attempted, and the impossible and improbable converge. Next week is the season finale. So the pressing question: Will Brody live? (And yes, Season 4 is already planned.) And the next pressing question: Who was the most melodramatic character this week? Let's take a look.

More like this
6 Shows Like Stranger Things To Get Over Your Emotional Season 4 Hangover
By Kadin Burnett
Did *That* Character Really Die In The 'Stranger Things' Season 4 Finale?
By Grace Wehniainen
'Stranger Things' Cast Thinks It's "OK Not To Label" Will Byers' Sexuality
By Alyssa Lapid
The Stranger Things 4 Soundtrack Spans Classic Eras & Styles
By Brad Witter
Get Even More From Bustle — Sign Up For The Newsletter