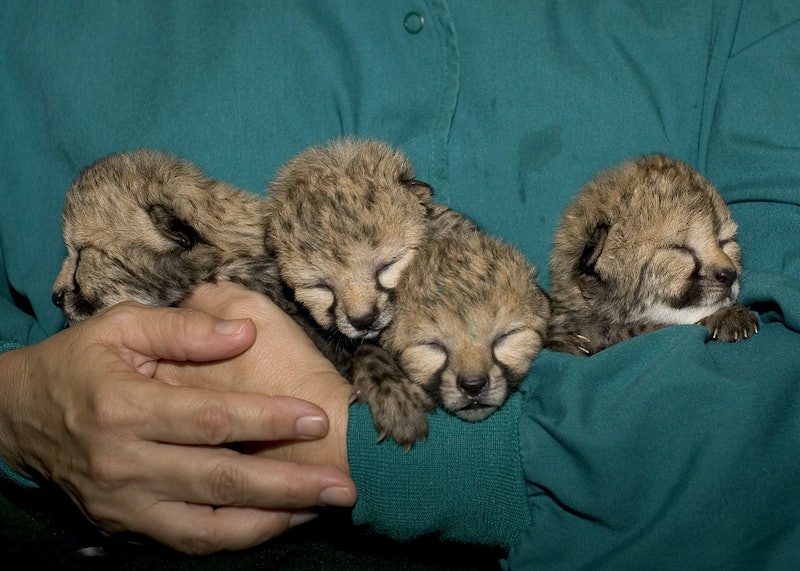 Look, all he wants to do is cuddle — really. Officials in Madison, Wis., are now looking to regulate the burgeoning professional cuddling industry out of concern that the businesses are just a front for prostitution. City officials are concerned that a so-called "Snuggle House" in Madison isn't just a place where patrons pay $60 per hour to snuggle up with a “professional snuggler.” (Read: they getting down.)

“There’s no way that [sexual assault] will not happen,” assistant city attorney Jennifer Zilavy said. “No offense to men, but I don’t know any man who wants to just snuggle.”

Madison, let it be known, is known for being a pretty liberal place: Naked bike rides? Cycle on, nude Midwesterners. But should you care to pay $60 for an hour of spooning at the Snuggle House? You might be SOL.

“The concept is obviously a novel one and you can see where they (the city) might be a little skeptical,” he said. “Could something happen? Yeah, I suppose. But they’re taking every precaution.”

Hurtado initially had a shambles of a business model, but he placated officials by taking precautions to prevent sex and installing security cameras and panic buttons in rooms.

Granted, things are getting a little sketchy: the Snuggle House seems to have suddenly evaporated. The Washington Post reports:

In recent days, it’s become unclear whether or not the house is still in business. No one answered the door there Saturday. A posting on a Facebook page claiming to be the Snuggle House’s site said it had closed, but the page owner wouldn’t identify themselves — or confirm if it was the home’s official site. Neither Hurtado nor Casper have returned phone and email messages.

Madison is not the only city with a cuddling cottage industry. New York and Chicago have similar clubs, and Boulder, Colo. will even partner you with a "Snuggle Star."

“People think if there’s touch happening there must be sex happening. That’s not the case at all,” cuddle party facilitator Betty Martin said.

Other proponents, such as The Snuggery's New York City owner Jackie Samuel, say that the act of touch has mental benefits that can stick with clients for days. Samuel believes Americans have lost the art of close contact.

"You feel more calm for days afterward," she said. "It has numerous health benefits."