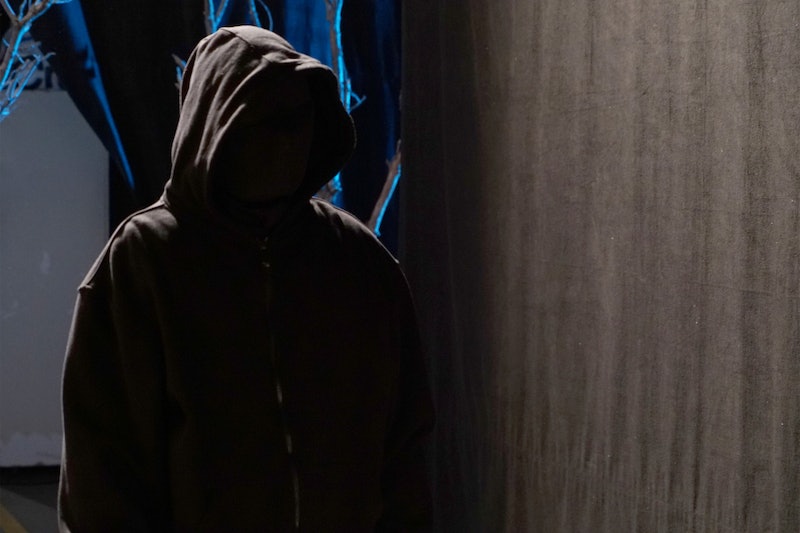 After years of clues, red herrings, and speculation, the time has finally come. As promised, Pretty Little Liars unmasked A in the Season 6 summer finale, revealing a villain who I don't think many fans saw coming. As "Game Over, Charles" showed just a few minutes in, CeCe Drake is Charles DiLaurentis, aka Big A, aka Ali's former BFF, aka, well, a lot of things. No matter how you reacted during that tense moment when that hooded figure finally turned around to show Ali her face, I'm sure you're still freaking out. I. Marlene King and the rest of the PLL writers have been diligently building this part of the A mystery since Season 3, and it seems the emphasis on Big A's gender was a misdirect, as CeCe told Ali she always wanted to wear dresses, implying she identified as a girl, from when she was still living in the DiLaurentis home.

With this reveal comes so many questions. Why exactly did CeCe target the Liars, when it seems she was angrier at her own family? What has she done as A, versus Mona and any other players out there? King has promised over and over that we would completely understand why Big A has done this by the end of the Summer of Answers, so we knew that if she planned on keeping that promise, "Game Over, Charles" was going to be on hell of a ride. You can watch the actual Big A reveal below.

Later, CeCe revealed where the Charles headstone at Aunt Carol's house came from, explaining that Mrs. DiLaurentis faked Charles' death, then checked CeCe into Radley as Charlotte, accepting her daughter for who she was. Then once Mona went to Radley, CeCe, already a patient there, got all of the information she needed to officially take over the A game.

For more on CeCe, the Summer of Answers, and everything else PLL, check out Bustle's podcast Taking This One To The Grave.

And if you need something to lighten the mood after this intense finale, check out the video below as PLL virgins try their best to describe the show and even uncover A's identity.

More like this
Elizabeth Debicki On Her Approach To The Most Debated Scene From 'The Crown'
By Grace Wehniainen
'Tell Me Lies' Season 2 Is On The Way & The Cast Already Has Ideas For What's Next
By Gretchen Smail and Grace Wehniainen
Ava DuVernay Thought The 'Queen Sugar' Series Finale Felt “Really Satisfying”
By Brad Witter
The First Trailer For 'That '90s Show' Includes So Many Nods To The Original Series
By Jack Irvin, Alyssa Lapid and Grace Wehniainen
Get Even More From Bustle — Sign Up For The Newsletter