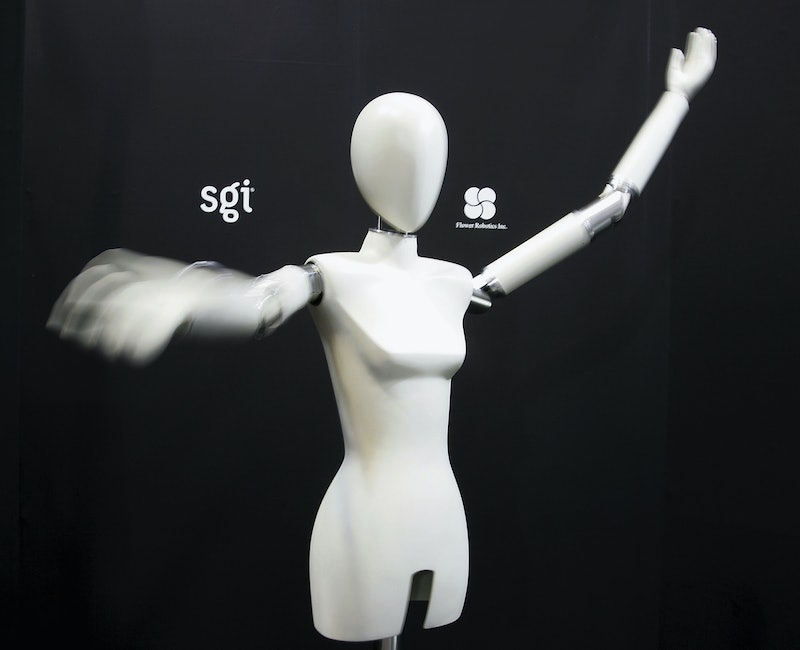 Last month, Dartmouth College's Neukom Institute for Computational Sciences announced the first ever creative writing prize for algorithms: a Turing test for creativity. Historically, creativity isn't something the computer science field has rewarded, if for no other reason than that the concept of an imaginative spirit coded into a program was considered an impossibility. Now, it seems, the idea of creative robots isn't just possible, but probable.

July 2015 was a huge month for robotics. Researchers at the Rensselaer Polytechnic Institute held the first demonstration of self awareness in robots. As part of its mission to create a broad-application artificial intelligence, Keen Software House announced the creation of a sister company, GoodAI. In May, Marek Rosa — CEO of both Keen Software House and GoodAI — revealed that the artificial intelligence his company created, which had previously shown an aptitude for Pong, was able to prioritize tasks in order to solve mazes and similar puzzles.

For the upcoming academic year, the Neukom Institute plans to hold three competitions: DigiLit, which rewards "algorithms able to produce a 'human-level' short story of the kind that might be intended for a short story collection produced in a well-regarded MFA program or a piece for The New Yorker"; Poetix, which will accept computer-generated Shakespearean or Petrarchan sonnets; and AlgoRhythms, "a dance music Turing test for live DJ-ing."

The idea that a machine could write isn't particularly spectacular or new; what have we been saying about monkeys and typewriters and Shakespeare for all these years? Robot writers are rare, but not unheard of. In 1983, two software engineers released a book of verse, The Policeman's Beard Is Half-Constructed , written by Racter, a program that used templates to replicate language; a later, commercial version of Racter operated as a chatbot. Today, The Associated Press generates short news blurbs from raw data using a Racter-like template program.

Despite these very real life applications, the idea of a creative artificial intelligence strikes us as ludicrous at best, and dangerous at worst. Creating an inorganic being capable of true thought raises a number of ethical and moral dilemmas for us all, and we've heard nightmare stories for years about robots taking the jobs of factory workers and laborers. But for writers, artists, and musicians — whose work depends upon their creativity, and whose livelihoods were most impacted by the economic downturn — the thought of a robot being able to do their jobs is, well, just about the worst possible thing imaginable. After all, how do you define yourself as a creative when someone can write a program to do your job?

As a writer and science fiction fan, I'm more intrigued than threatened by the Neukom Institute's announcement. Although I can certainly envision a future where robot writers occupy seats on talk shows, discussing their latest novels, I cannot imagine that human authors will be edged out by their inorganic counterparts. It might not be time to bow down to our new overlords just yet, but we're definitely looking at a future in which we will not be the sole intelligent, creative lifeforms.

More like this
These Are The Fastest Electric Kettles You Can Buy
By Margeaux Baulch Klein
This Is When Netflix Is Going To Start Charging You For Sharing Passwords
By Darshita Goyal
The Plane Crash In 'Dear Edward' Is Based On A 2010 Tragedy
By Grace Wehniainen
10 Equally Romantic & Heartbreaking Books From British & Irish Authors
By Shahed Ezaydi
Get Even More From Bustle — Sign Up For The Newsletter
From hair trends to relationship advice, our daily newsletter has everything you need to sound like a person who’s on TikTok, even if you aren’t.