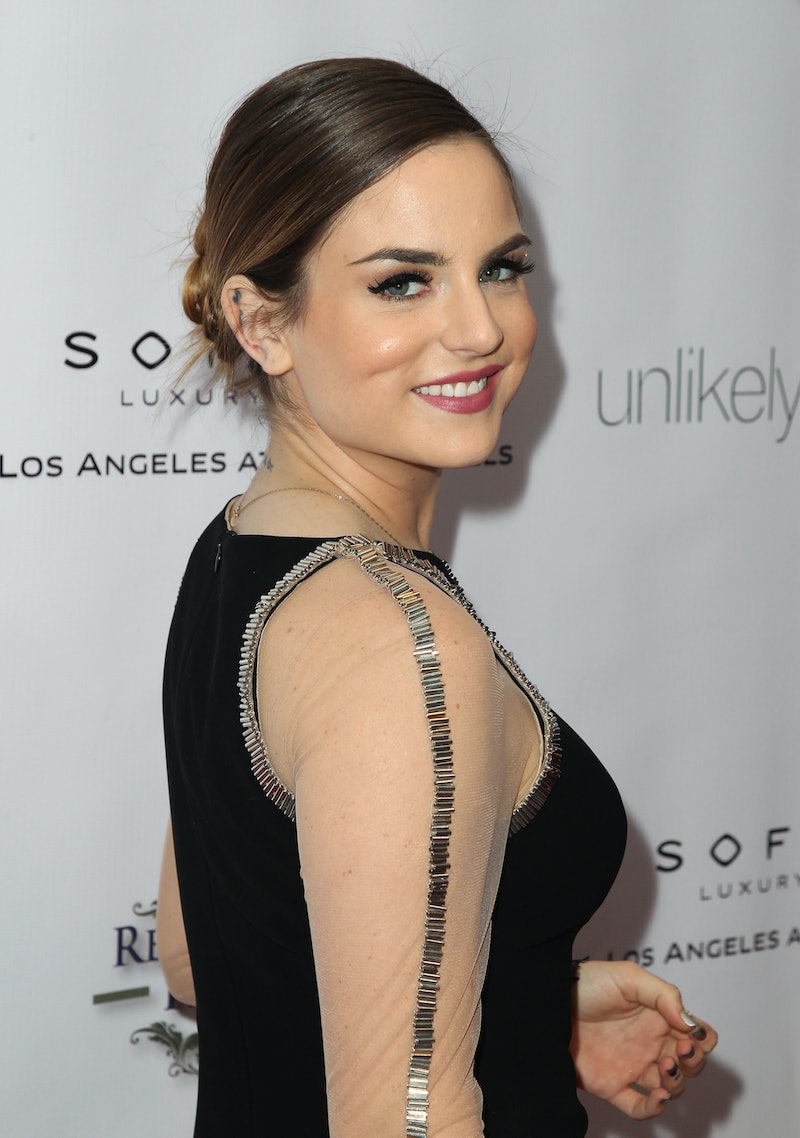 Eleven years after the release of her debut album, JoJo is making a major comeback — and you're not going to want to miss this! JoJo announced she's releasing three singles on the same day, Aug. 21. The singer totally ruled the mid-00s, but it looks like she's coming to take 2015 too. (You can listen to a snipper of one of them, "When Love Hurts," on Idolator.) Since JoJo has spent a good part of the last few years out of the spotlight, here's your guide to everything you need to know before you hear her new music.

From an early age, JoJo — born Joanna Noëlle Blagden Levesque — wowed people with her unbelievable voice. (For reference, please see young JoJo slaying "Chain of Fools.") In 2003, the singer appeared on America's Most Talented Kids and caught the eye of record producer record producer Vincent Herbert. The following year, she released her breakout hit: "Leave (Get Out)."

A breakup anthem for the ages, "Leave (Get Out" established JoJo as a young star with a big voice. The single became an international hit and made JoJo the youngest solo artist to have a number-one single in the United States.

2004 was a big year for JoJo. Not only did she release her self-titled debut album, but she "Leave (Get Out)" was nominated for an MTV Video Music Award, making her the youngest nominee ever. JoJo collaborated with Bow Wow for her second single, "Baby It's You," although the song didn't make the same impact as "Leave."

Like of her peers, JoJo diversified beyond just music. She starred alongside Emma Roberts and Sara Paxton in 2006's Aquamarine . The next month, she appeared with Robin Williams and Josh Hutcherson in RV , which opened at number one. JoJo didn't slow down after that; by the end of the year, she dropped her second album, The High Road.

The High Road spawned JoJo's other major single, "Too Little, Too Late." The track broke a record for the biggest jump into the top three of the Billboard Hot 100. The previous record holder? Mariah Carey's "Loverboy"! (The record was later broken by Kelly Clarkson's "My Life Would Suck Without You.")

JoJo dropped her first mixtape in 2010, and in 2011 she appeared in an episode of Hawaii Five-0 and released her single "Disaster." The following years the release of new music was delayed because of disagreements with her record deal.

However, JoJo is primed to make a major comeback with her new album. From what we've already heard (which is sadly limited to that clip of "When Love Hurts"), she'll be bringing more of the power pop songs we love so much. There's no official release date for the album, but in the meantime, you're welcome to join me in cranking "Too Little, Too Late" on repeat.