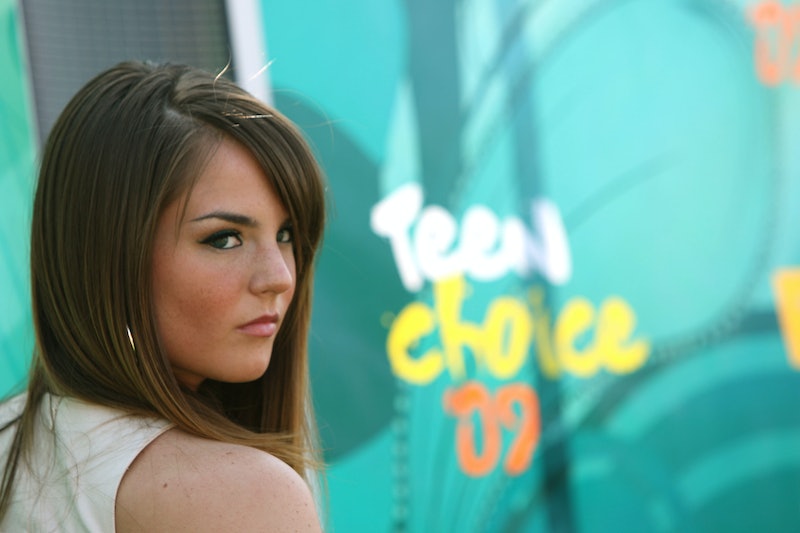 Get ready to feel super old, you guys. It turns out that pop starlet and sometimes actress JoJo is pregnant... with a new album. That's right, the 24-year-old singer JoJo — that's right, 24! — recently tweeted, "My ex is married and having a baby. I'm over here married to MUSIC and pregnant with this ALBUM." This sent the world on a spiral of questions like, for example, "When will the new single will be out?" "Are there going to be any other featured artists on the album?" and "Who exactly is JoJo again?"

Haha, come on, guys. JoJo was one of the biggest up-and-coming pop stars of the mid-'00s. Given that her last full length album, The High Road, debuted in 2006, it's hard to say if she really, you know, up and came. Granted, she's made a few mix tapes and EPs along the way, but the last half-decade or so she's been more or less off the larger pop culture radar. Who knows, though? Maybe 2015 will be the new Year of the JoJo. I mean, 2006 surely was.

When She Catalogued Adolescent Heartache With “Leave (Get Out)”

Here's a song you may remember from the must-have classic, Now That's What I Call Music 14. Actually, it's a baller song that I do remember — although, I honestly thought it attributed to an older artist or something. Like, JoJo, you're 13, what grand seventh grade romance could have sparked this level of anguish? I don't...

You may remember American Dreams as the highly anachronistic show that hotwired Brittany Snow's career — but did you remember JoJo was on it as a young Rondstat, complete with bangs?

Meanwhile, you were off getting your braces tightened somewhere.

When She Went On MTV Cribs, And WAIT, JoJo IS Just Like All Of Us!

Her house is decidedly unimpressive! I mean, she has a Winnie the Pooh chair, which is admittedly awesome, but no diving pool of gold coins or whatever rich people have.

When She Sang The National Anthem At The Orange Bowl

No snark, girl can hold her own.

When "Baby It's You" Showcased ~Classic JoJo~ Style

I vividly remember this video which features Lil' Bow Wow (now known as the distinguished "Bow Wow") and a thrilling night at the carnival. But her outfits! The cropped track jacket? The big hoop earrings? The denim mini skirt? I love it, but I also think we can all agree that this look has not held up well in 2015.

When She Butt Heads With Robin Williams In RV

I remember renting this movie in a hotel in Richmond, Virginia, and that's all you really need to know. Oh, and JoJo does a boss cover of The Runaways' "Cherry Bomb."

And, Of Course, When She Starred With Emma Roberts In The Best Terrible Mermaid Movie Of All Time, Aquamarine.

Still holding out for Aquamarine 2: Cecilia Strikes Back.

More like this
Now That 'Renaissance' Is Here, Let’s Revisit Beyoncé’s First Solo Album From 2003
By Grace Wehniainen
Beyoncé's Renaissance Samples Everyone From Kelis To Right Said Fred
By Jake Viswanath
60 Empowering 'Renaissance' Lyrics That Make Perfect Instagram Captions
By Catharina Cheung
The Beyhive Is Buzzing About Beyoncé’s 'Renaissance' Album
By Sam Ramsden
Get Even More From Bustle — Sign Up For The Newsletter