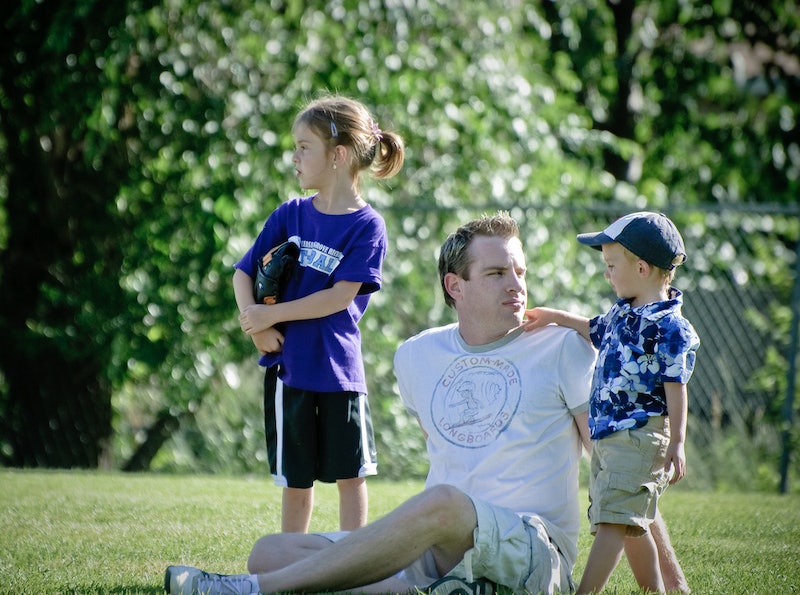 Nannies, daycare, and workplace flexibility are so 2004. If you really want to have kids and a fulfilling career, get yourself a stay-at-home husband. At least according to The New York Times, this seems to be the only solution. Because only "as husbands do domestic duty" are these women "free to achieve." The root of the problem is the long work hours and intense competition the financial world requires:

Rather than changing the culture of the banks, which promote policies on flexible hours and work-life balance, these women say that to succeed they must give in to its sometimes brutal terms, from 4:45 a.m. wake-ups onward through days of ceaseless competition.

Many [couples] discovered that even with babysitting and household help, the demands of working in finance made a two-career marriage impossible.

Wall Street, are you paying attention? This is not the right way to get to gender equality and, you know, general sanity. Most American families aren't raking in six figures and can't afford to have only one parent in the workforce.

This piece is a pretty interesting insight into the lives of a select — very select — few, and explores how couples in these untraditional arrangements deal with traditional gender roles. But, unsurprisingly, The New York Times is more than a little worried about how this choice makes men feel — as if women haven't had to deal with this since the dawn of time — and the article doesn't really seem to ask whether there are solutions to this exhausting and not always fulfilling arrangement:

Still, [Jim Langley's] wife, along with other women in the same situation, suspects that the arrangement is harder on the men. Some of Mr. Langley’s peers say the chatter at backyard gatherings about bonuses can make them wince: If a half-million-dollar salary is considered unimpressive in some Wall Street circles, where does that leave them?

Other fathers in similar situations say they often tell white lies: They are retired, they are consultants, they work at home.

Some wonder what has come of their education, confess that they do not know how to make their way back to work after what they had hoped would be a temporary break, or admit that they do not quite understand their wives’ work.

Sound like Mad Men, much? No one wants these men to be the new Betty Friedans. The ideal workforce would be one in which everyone has the opportunity to pursue a fulfilling career. This means flexible hours, equal pay, and affordable child care. Because having it all shouldn't require having a spouse staying at home to do it all.

More like this
An Open Letter To The Person Who Bought Steve Jobs’ Birkenstocks For $218,000
By Ginny Hogan
8 Money Saving Experts To Follow For Accessible Advice
By Maxine Harrison
Emily Ratajkowski & Pete Davidson's Astrological Compatibility, Revealed
By Nina Kahn
14 Underrated Date Ideas To Try With Your Partner
By Lexi Inks
Get Even More From Bustle — Sign Up For The Newsletter