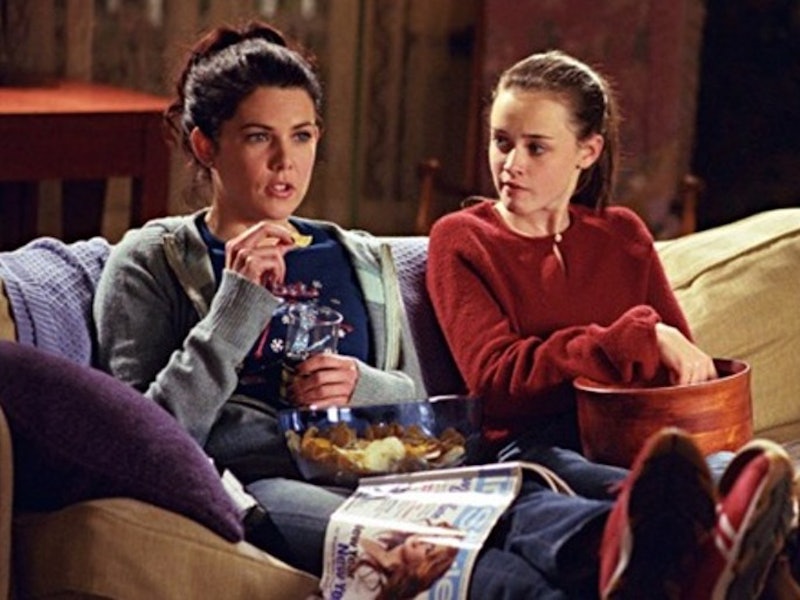 Every Gilmore Girls fan knows that half of the show’s charm was the speed at which Lorelai’s witticisms and pop-culture references were delivered. Those of us who grew up with the show and purchased the seasons on DVD are familiar with an adorable insert that accompanied the fast-talking characters and served as a guide to all of those references you may not have understood the first time around. For example, when there’s a joke about Noel Coward, and he died 16 years before you were born, you could look him up in the DVD’s reference guide to best understand the joke. Gilmore Girls may just have been the smartest and most articulate show in television history. And, Lorelai is probably one of the most verbal TV characters of all time.

In fact, Lorelai and Rory were both so verbose and funny that they even created popular words and phrases throughout the series, which became inside jokes for avid viewers. As if understanding the girls at that speed wasn’t already hard enough?! Here’s a short dictionary of 13 Gilmore-isms that only the most die-hard fans can define.

1. Oy With the Poodles Already

A phrase containing both the words “Oy” and “Poodle;” could be a great new catch phrase

An interesting, conversation enhancing illness; The desire for a more interesting affliction when one has a mundane ailment and must continue to go about their daily business

When you are in a rush to efficiently complete a task; The equivalent of a sports team putting their hands in the center of a huddle and chanting a team cheer

*Derived from the words “Coppertone” and “Zip Bam Boom”

To have experienced a Friday Night Dinner with Richard and Emily Gilmore; A feeling of “eye-popping nausea,” when “rich food mixes with bitter memories”

An amusing stream of consciousness; What is going on inside the brilliant mind of Lorelai Gilmore; What the inside of Luke’s apartment looked like when Jess moved in

A board game made up from components of the games Uno, Checkers, parts of the game Battleship and most of Candyland’s game pieces; War never tasted so good

Rocket gum is bubble gum that releases helium that shoots the chewer into space; A one zillion dollar invention; An incorrect answer to why Logan would give Rory a model rocket

9. Letting Go Of The Bumper

10. A Chick Loose In The House

Can be interpreted as code for "I'm not wearing any underwear"; When an actual chick named Stella is loose in the house; See also: A bat in the attic

What Would The Barefoot Contessa Do?; A decision to make waffles for loin fruit*

*The fruit of one's loins; Child

A project that will be abandoned halfway through; Lorelai's alter egos in order to see how many companies a store would sell her name to; Unintentionally making things worse; See also: Lorelai Gilmo

When parents put children on a trajectory without factoring in the children’s dreams and desires; Something Lorelai would never do and, for that, Rory is thankful