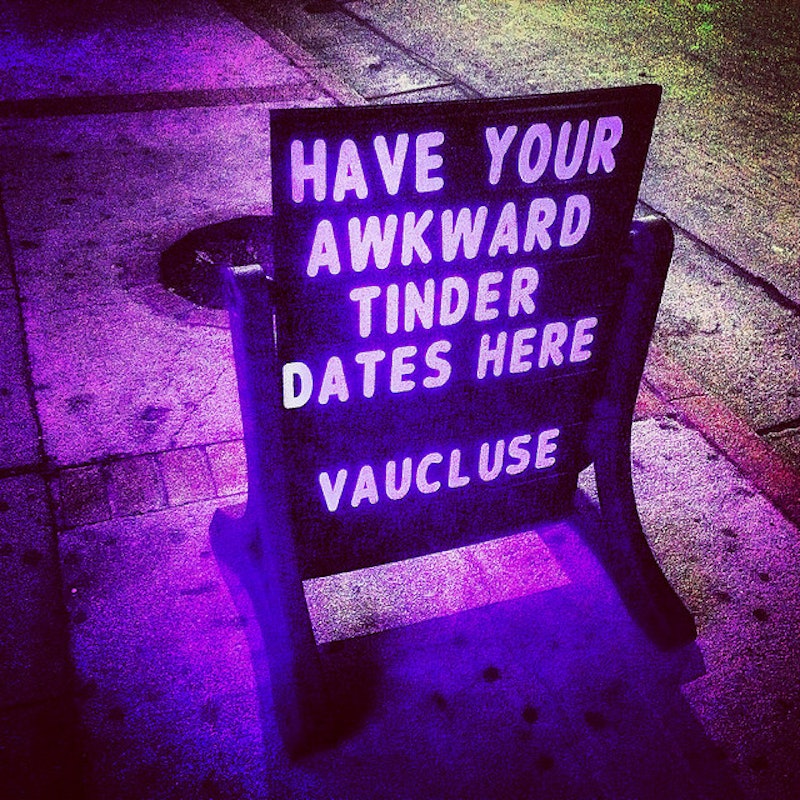 For a company built on making one-swipe judgements about people, Tinder apparently doesn't handle rejection very well. Tinder's response to the Vanity Fair article by Nancy Jo Sales, "Tinder and the Dawn of the 'Dating Apocalypse'," was explosive, to say the least, but their defensive comments really missed the point. The dating environment has changed and Tinder has so far proudly led its revolution.

If you haven't read it, the article examined the ways in which Tinder and other mobile dating apps have changed the game with regards to modern dating. Calling out both an overabundance of options and an emphasis placed on short-term dating, the article highlighted the prevalent "hit it and quit it" culture that exists for online singles.

David Buss, author of The Evolution of Desire: Strategies of Human Mating, was prominently interviewed for the article. Within, he was quoted saying, "Apps like Tinder and OkCupid give people the impression that there are thousands or millions of potential mates out there ... When there is a surplus of women, or a perceived surplus of women, the whole mating system tends to shift towards short-term dating. Marriages become unstable. Divorces increase. Men don't have to commit, so they pursue a short-term mating strategy."

While Buss stands by this quote, he also noted to Bustle that it was a bit incomplete, adding that there are also many men out there who are looking for relationships rather than just short-term hook-ups.

However, Buss was "a bit surprised" over Tinder’s strong reaction. "A lot of people have strong negative reactions to people who do short-term mating or casual sex," he said to Bustle. "The [Vanity Fair] article basically highlighted this sexual marketplace, and especially some ways in which the current mating environment of online dating is not optimal for women."

When asked for a comment, Tinder decided to swipe left. However, its execs acknowledged their social media meltdown, releasing a statement that read: "We have a passionate team that truly believes in Tinder. While reading the recent Vanity Fair article about today’s dating culture, we were saddened to see that the article didn’t touch upon the positive experiences that the majority of our users encounter daily. Our intention was to highlight the many statistics and amazing stories that are sometimes left unpublished, and, in doing so, we overreacted."

According to Buss, these "positive experiences" are predominately there for people interested in short-term mating.

"We know from the scientific studies that men deceive women about their interests, what they are looking for, etc. in the service of getting short-term sex. So women have to navigate a treacherous world of online dating. They have to weed out the deceivers. And even if they are interested in just hooking up, doing so with strange men poses its own set of dangers," Buss concluded, leaving us all to wonder if this really is the apocalypse of dating.