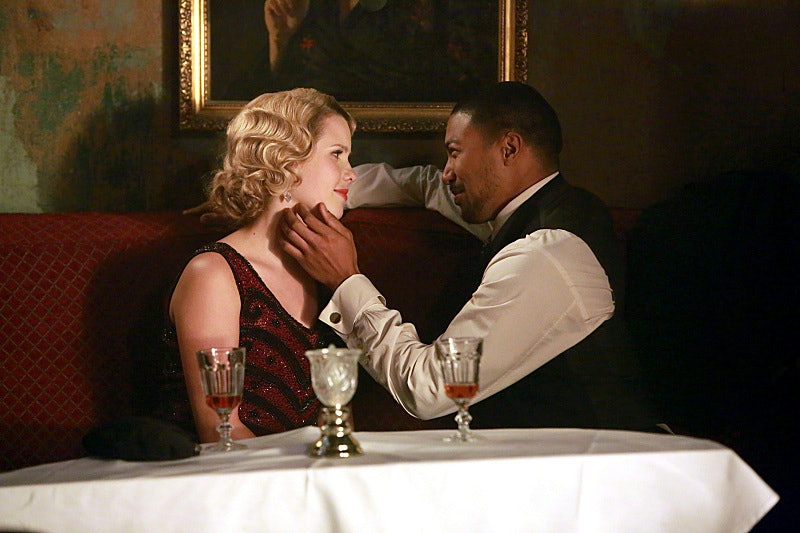 Thursday is a great day for fans of the first-edition Mikaelson clan! The Originals Executive Producer Michael Narducci spoke to TV Guide, revealing that the original Rebekah, Cole, and Finn will return to The Originals Season 3. Before you get too excited (or worried about what will happen to Rebekah 2.0 Maisie Richardson-Sellers) keep in mind that they will be back in flashback form only. Narducci explains the timing loophole:

[It's] a flashback that we've never seen before. We've always understood that the Mikaelson family, the brothers and sister, had to flee in the wake of Esther's death by Klaus' hands. Klaus blamed Mikael and said, 'We have to go. Our father is insane,' and for a very long time Mikael chased them. So wouldn't it be cool to see the family not long after that? What was their state of mind? What were their relationships like? How did they relate to one another knowing Mikael was out there somewhere, and they're relatively new vampires so what was their existence like? I think it might be surprising and interesting.

All the siblings decked out in period piece costume and sporting their amazing centuries old accents? I'll take that, especially considering how difficult it must be to get all of the original actors together at one time. With Holt committed to the NBC show Aquarius, and Nathaniel Buzolic (Cole) on the new CW show Significant Mother, I'm just happy we're able to see them at all. Here are the seven things the Mikaelson family reunion needs, because who knows when we'll get the chance again?

He was boring as paste during his run on The Vampire Diaries and was a lackey for Esther during most of The Originals. He is easily the least fleshed out of all of the siblings, so let's give him some backstory. Give us a reason to care whether Freya pulls his soul out of her necklace and into another (or the same) body.

I'm a fan of Richardson-Sellers, but no one throws shade quite like Holt. Her Rebekah was sassy and sharp, and I want to see more banter and fun between her and her brothers

It has been a while since Buzolic has been on the show, and Daniel Sharman slayed as the new hot witch in town. I need some time to remember why I liked Buzolic so much on TVD, and what made me resent Sharman's casting in the first place.

What are the chances they encounter a Bennett witch during their flee from Mikael? Discover a doppleganger? The show works best when it shows how the past set up the future, and this would be a great way to add in that layer.

This is set long before his impeccably tailored suits come in, so why not unbutton him a little bit? We're not too far away from the red room, so there is plenty of crazy to tap into. Plus, we'd get to see another sibling have to be reasonable, which would be a real change up.

6. Sweet (Or Not Insane) Klaus

It's been well established that Klaus' cruelty and paranoia has been building up after centuries of plots and intrigue. Let's take a look at what he was like before all that, when all the siblings actually got along.

I know, he won't even be born for centuries. It's almost impossible to try and sneak him into this flashback reunion, but the heart wants what it wants — and mine wants to see Holt and Davis' onscreen chemistry again. Even if we don't get any of this stuff, it will still be exciting to see Holt back as the character that made her a household name in America. No one does Rebekah quite like she does.