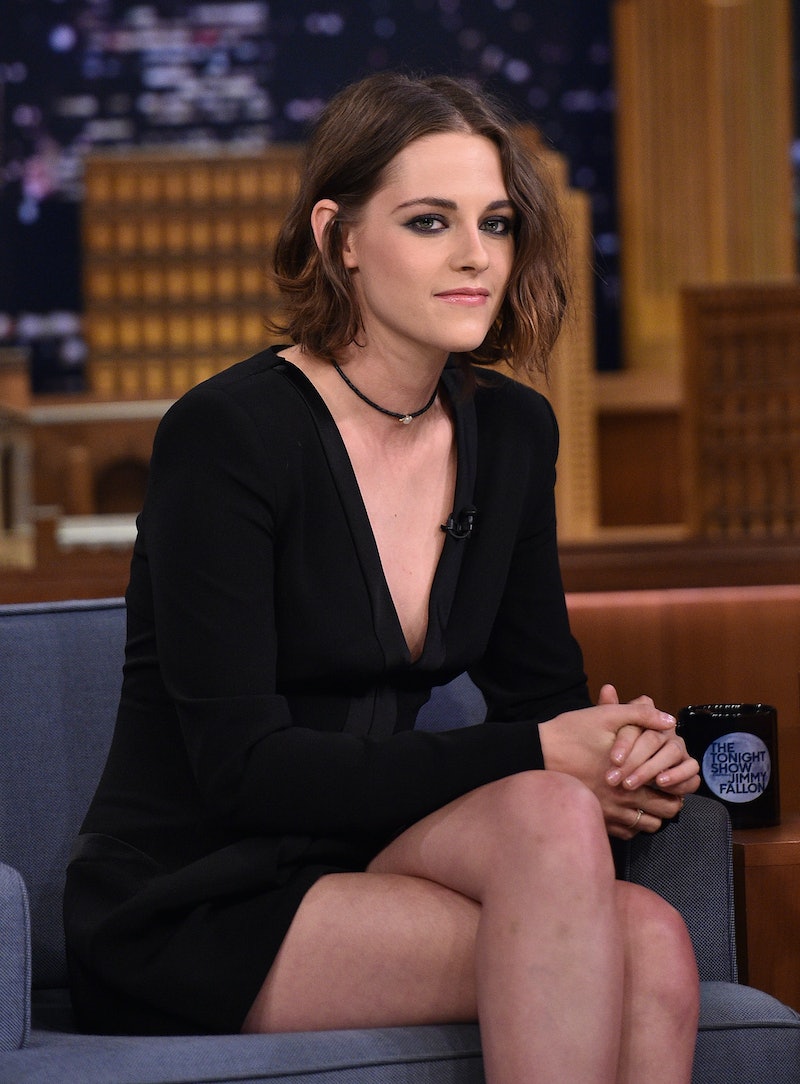 Kristen Stewart and Jesse Eisenberg are gearing up for the release of their new film, American Ultra, together. The film is about a stoner and his girlfriend who become the target of a large government operation, and the two co-stars have teamed up to promote the movie in a bunch of creative ways. One includes a parody interview video where Stewart asks Eisenberg shallow and sexist questions often only asked to women on the red carpet. Considering their close work together, some people may be wondering if Kristen Stewart and Jesse Eisenberg are friends in real life.

While the two might not be quite BFF status, it definitely seems like they are friends off set. Stewart spent her recent birthday celebrating with him, along with some other cast members from the movie. The night before her big day, they all had dinner at Annunciation Restaurant in New Orleans together. Obviously, she would not want to spend her celebratory evening with just anyone. Also, the way they talk about each other reveals their comfort and enjoyment in each other's company. On The Today show, Stewart said of Eisenberg,

I think we’re both just kind of weirdos. As a team, we’re a little bit less weird, because we get it from each other. We’re like the nerds who actually, as a whole, become like, "Oh really? We can make a cool movie together!"

Chances are, you wouldn't hear someone say that unless they felt a pretty good connection with someone. And their friendship is not entirely surprising.

After all, American Ultra is not the only movie Stewart and Eisenberg have starred in together. They both hit the big screen together back in 2009 for the film Adventureland, where they played a two characters working summer jobs at a humdrum theme park. Coincidentally, Stewart also played Eisenberg's love interest in that movie. So it would make sense from working so closely together back then that a friendship between the two actors in real life could develop.

Stewart even admitted that seeing Eisenberg's name attached to the script for American Ultra made it a no-brainer that she would be involved as well. Stewart told E! News,

As soon as I heard that Jesse was attached to a script that was sent my way, before I even read it, I was almost certain that — and considering that they wanted me to do it — I was like, oh cool, this is my next job, before I even got to the end of it.

And aside from their professional chemistry and their ability to mesh well together on set, it seems like their conversation flows seamlessly in real life too. They have tackled everything together off the set of the movie from the issue of sexist interview questions to questions about pot. They have proven that they can work well together and play well together, which are all the makings of a great Hollywood friendship. The fact that they admit to being "weirdos" just makes it all the more awesome.

Catch Stewart and Eisenberg in American Ultra when it hits theaters on Aug. 21.