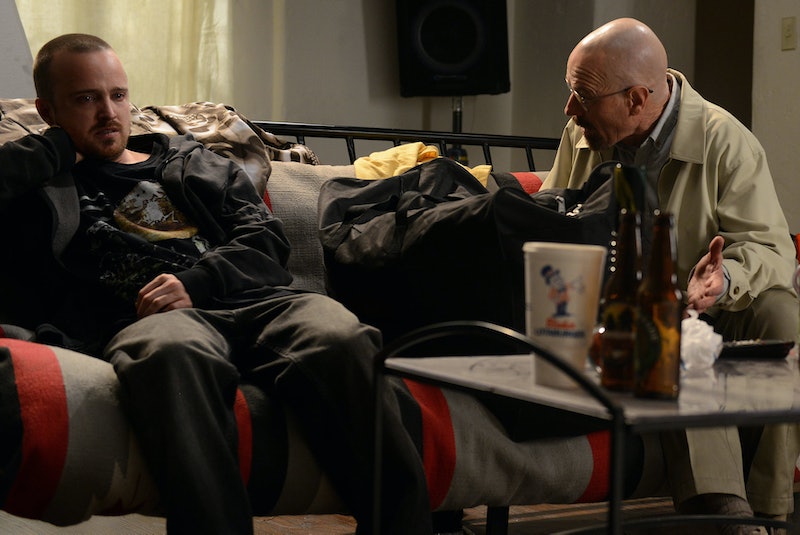 Whether you're in school or not, many of us fall into certain school-based categories. We all know a rebel or a teacher's pet, a nerd or a jock, and though labels are totally things that only belong in teen movies, the fact of the matter is that you can take the kid out of high school but you can't take high school out of the adult. Or something. That's probably why I even absorb my media in an academic way, depending on your definition of academic. Watching TV is a learning experience, whether you intend to learn or not, and this can best be exemplified if you turn your favorite TV shows into a school curriculum. Not only do you not get graded, but you won't actually fall asleep in class for once. It's a win/win.

Think of it almost like a homework cheat sheet that matches up each TV show with its most helpful school subject counterpart. Because, I don't know about you guys, but I certainly seem to retain information better when it's coming from characters on a screen rather than an actual professional educator. (Hey, I didn't say it was logical. This is just how my Netflix obsessed mind works.) So just in case you need a little assistance in making a subject seem more appealing, here are a few shows paired up with their most appropriate corresponding subjects.

For Social Studies Watch: The Tudors

Right now, you may find King Henry VIII's reign over England somewhat mundane. I mean, so what if the guy had six wives, right? But believe me when I say that The Tudors will have you singing a very different tune. Jonathan Rhys Meyers' portrayal of the complex ruler will make you obsessed with the Tudors family history and eager to absorb as much information about the king's life as you can. Sit back, relax, and see just how sexy history can be.

Though it centers around a different period in time, Mary Queen of Scots' story proves to be just as captivating thanks to this CW series. Sure, it's a little odd that Francis (aka the King of France) somehow has a British accent, but the attractive characters and romantic entanglements makes you forgive such nonsenses. You'll still have an easier time retaining information from that time period than if you'd stuck strictly to just reading a textbook. Because, really, where's the fun in that?

Drug dealing shenanigans aside, this series could be very educational at times. Granted, the knowledge was usually used for evil purposes (stay away from Ricin, kids!), but that doesn't change the fact that this information could prove useful when you want to sound super smart at a party.

For Health Watch: Masters of Sex

Sex education is an extremely important subject, especially for the younger generations who undoubtedly have a lot of questions. And, while some people may be quick to write this show off as just a sex-crazed series, it's actually very informative in regards to how the human bodies work during sexual intercourse. If a problem arises (pun intended) for either partner — whether it be on an emotional or physical level — the show not only offers up possible solutions, but it also addresses just how common these problems can be.

Because if you're going to learn about the intricacies of cloning, this is definitely the way to do it.

When it comes to achieving musical excellence, the Lyon family knows how to get it done. If you can learn to sing like them, then you are destined for greatness.

It's all about survival of the fittest, my friend. After all, when you play the game of gym, you either win… or you sit on the sidelines until a new game begins.

Eating people is bad, but Hannibal makes all his recipes look so good...