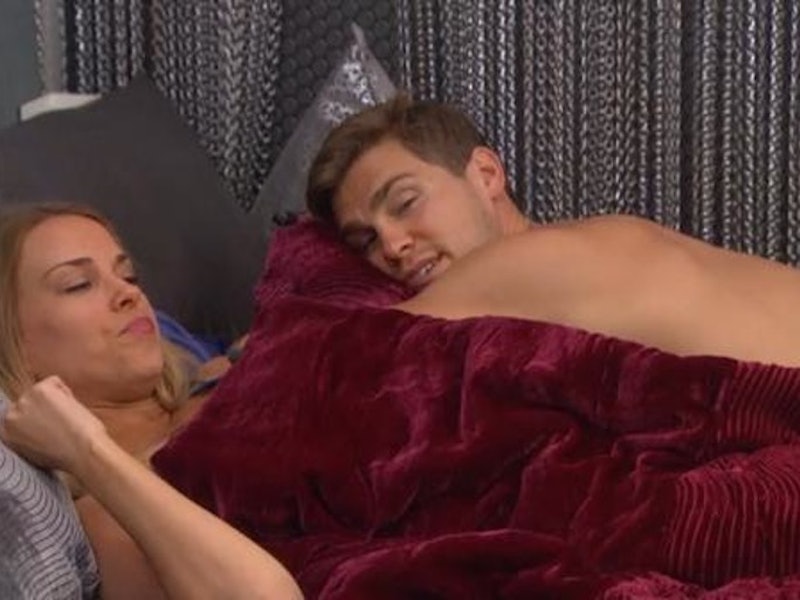 It's one of the strongest showmances of the season, and even though Shelli and Clay are both evicted on Big Brother 17 , their love still runs deep. OK, maybe not love, since neither of them will admit to that, but their "like" runs deep. During Shelli's Big Brother eviction speech, she gave bae a shoutout that simply couldn't be triumphed by the weird poetic crap that Vanessa started spouting out after her. And while Shelli's "save me" speech didn't work — hey Julie Chen! — the Clay shoutout was well-received by Mr. Honeycutt himself, as well as Clelli fans.

Shelli first started out her eviction speech with a birthday shoutout to Jason. Gone but never forgotten, Jason's birthday is hopefully not being spent in his mom's basement, but who knows. And now to the more important part, Clay's shoutout. Even though Shelli and Clay have only been apart for one week — that's it... just seven days — Shelli felt the need to give him a little air time. I'm not complaining, because I believe in giving Clay as much screen time as possible, and neither is Clay, as he seemed to enjoy the shoutout as well. Here's what he tweeted after Shelli mentioned how much she missed him.

When Shelli was evicted — she got all 10 hugs, just in case you were worried — Julie asked the same question she asked Clay only a week ago. "Do you love him?" Julie, you cheeky gal, you can't ask someone that on national TV. Talk about pressure. Shelli danced around answering the question, just like Clay did a week ago. She wouldn't say that she loved him, but let's call a spade a spade... she totally does. Shelli defended her showmance by saying that Clay was very cute. Julie agreed. And for the record, Julie, Clay's more than cute.

It's not completely over for Shelli. She could return to the game from jury house, and if she does, I'm hoping Clay gets yet another shoutout. Never let that Honeycutt spotlight dim.

More like this
The 'Big Brother 24' Racism & Bullying Controversy, Explained
By Jake Viswanath
Indian Matchmaking’s Viral Revealed A Major Clue About Her Relationship With Aashay
By Radhika Menon
Shital Dropped Major Hints About Her Relationship With Niraj After 'Indian Matchmaking'
By Brad Witter
Tamaris Pulled Off The Biggest Twist In 'FBoy Island' History
By Kadin Burnett
Get Even More From Bustle — Sign Up For The Newsletter