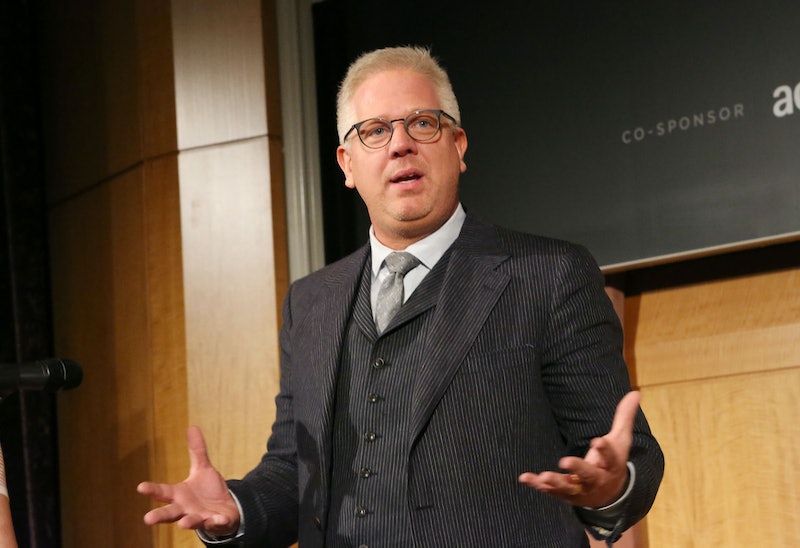 Look, I try to avoid Glenn Beck as much as possible. I don't listen to his radio show. I refrain from reading his wildly offensive comments. If I saw him on the street, I might even turn around and head in the opposite direction. Fortunately, staying far away from the conservative radio host is easier than ever: Glenn Beck just released a list of worst cities in America.

It's hard to believe that Beck would be an expert on all the factors that make a city bad: real estate prices, school systems, taxes, transportation, etc. I have to wonder by what criteria he's judging these cities. "This is the list of the top 15 least religious cities in America," he said, according to a news item posted to his website. "These are the cities to avoid like the plague. And if you look at that list, these are the cities that already having trouble. We haven't even hit the road bump."

So, he's basing this on religion alone? And I'm guessing he isn't giving high grades to communities where Islam, Mormonism, or Judaism flourish. These cities fail at being Christian, conservative, white-collar approved by the expert himself.

The interesting thing is that Beck has effectively provided a great travel guide to the United States. Just because he doesn't want to go there doesn't mean you don't. Here are 15 awesome cities where you can be sure you won't run into Glenn Beck. Woo!

Of course Beck wouldn't recommend that you go to the St. Louis area right now. That would mean being close to racial minorities! St. Louis has a lot of great sights and is pretty cheap for tourists. Its art museum, history museum, and zoo are all free.

Many conservatives love to attack the "Washington machine," but the capital is pretty neat. Filled with history, there are a million touristy things to do.

The Twin Cities have double the Midwest fun. They have a thriving music scene and — fun fact — more golfers per capita than anywhere else in the United States.

It's obvious why Vegas didn't make the cut as one of Beck's most moral cities. However, the lights and themed hotels are incredible to see... at least once.

Milwaukee is home to Summerfest, one of the largest music festivals in the world. While you're listening to the bands, you can enjoy some of its famous craft beer.

L.A. is probably a little too urban for the likes of Beck. He probably just associates it with motorbike gangs and drug dealers.

I don't know if Beck had an ulterior motive for adding Boston to his list or if the city really just is apathetic toward religion.

Detroit has been through some hard times in the past few years, between flooding and economic downfall. However, according to Daily Detroit, the city has the second largest theater district in the country, the title of Potato Chip Capital, and Eminem.

St. Petersburg has some of the top-ranked beaches in America and an annual Ribfest that attracts amazing BBQ. The city is a truck stop hub, so that means lots of great restaurants.

With its dry heat, rugged beauty, and fantastic Mexican food, Phoenix is definitely a must-see west coast locale. Everyone from there seems to love it.

No one — except Glenn Beck, apparently — can resist the mountains near Denver. Colorado has a beauty that no other state resembles.

I have no idea how Seattle made Beck's top three. The coffee alone is enough to make me move there right away. You can visit the Space Needle, the world's longest floating bridge, and, yes, the very first Starbucks.

It's no secret why Beck wants to avoid San Francisco "like the plague." It has a reputation of being especially gay-friendly. Even if he wants to be closed-minded, Chinatown, Golden Gate, and Fisherman's Wharf should have kept the city safe from the list.

The top choice so perfect that I couldn't have predicted. Of course Beck wouldn't want you to visit the trendy, progressive Portland. If you've had it with conservative radio, try moving to Oregon.