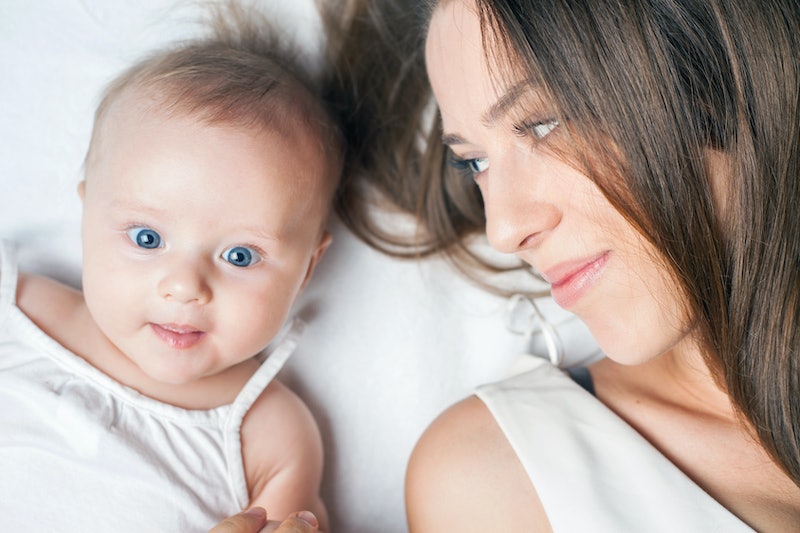 Sometimes science confirms the obvious. An unsurprising new study shows that babies make parents unhappy, and that the happiness drop from parenting ranks right up there with other stressful life events like divorce, or losing a job or your partner. But the study's implications, like those of much scientific research, are at risk of being overblown in the headlines. While anticipating a new child causes a happiness spike, and then giving birth to it causes a drop, children are still a pretty good happiness bet — and there are other reasons to have them, too.

The researchers, based at the Max Planck Institute for Demographic Research in Germany, looked at data from about 2,300 German parents who were part of a wide-scale study over the past few decades. Importantly, these parents had been asked to provide specific numerical rankings of their happiness levels prior to their first child's birth, and after (rather than less objective qualitative results, like a narrative recall of the experience). Over 70 percent of the first-time parents reported a drop in happiness after the birth, and (understandably) a greater drop meant a given couple was less likely to have another child.

It makes sense that parents would respond to their shifting happiness in this way, but were they too nearsighted? I might be biased, considering that I'm four months pregnant with my first child. But there are many reasons to have a child that have little to do with maximizing happiness in the short-term. As a matter of fact, I can't say I know anyone who had a baby because they expected that the first couple years of the baby's life would become literally the moment-to-moment happiest and most pleasant of their own. They did it for other reasons.

Sure, many parents of older children look back on those baby years somewhat more fondly than is exactly accurate, but they're not delusional. They are just seeing what was a pretty tough time through the rose-colored glasses provided by this child's subsequent growth, development, and emerging personality. Lots of projects that people undertake aren't pleasant all the time (e.g. major writing projects, renovating a house) but people understand they provide a mix of values, which include achievement, personal growth, learning, satisfying curiosity, and more. People also romanticize what their life would be like without children, when it makes more sense to compare parenthood to the most likely child-free reality.

Expectations matter too, as the study authors write. Parents, like most humans, are largely impacted by disappointment — which compounds the difficulty of already-difficult tasks. If the expectation of becoming a new parents is systematically much worse than the reality, that's a responsibility widely shared by society, including advertisers who pull at heartstrings to sell baby gear, employers with unreasonable expectations of parent employees, and parents themselves who are happy to gush about the upside but who keep mum about the downside (I hope I can avoid doing this once my baby's born). Parents also treat parenting as more complicated and difficult than it needs to be, internalizing standards that lead to their own increased unhappiness, and this is preventable.

But the whole reason this new study was done is because demographers wanted to understand why parents are having fewer babies so they can get them to have more babies. The whole motivation here betrays that happiness isn't really everything, and the first phase of your child's life is just that — a phase that will pass. Even in happiness terms, kids are a decent long-term bet. As one of the researchers put it,

On the whole, and in the long run, despite the unhappiness after the first birth of a baby, having up to two children rather increases overall happiness in life.

So, if you read these horror stories about parenting and still want a kid (or another), you're not alone and you're not crazy — you're just human.

More like this
This Psychological Effect Might Be Keeping You From Hitting Your Goals
By Lexi Inks
3 Zodiac Signs Most Likely To Be The Center Of Attention
By Nina Kahn
10 Ways To Be More Empathetic To Your Partner
By Raven Ishak and Lexi Inks
Think Your Partner Is Cheating? These Tarot Cards May Confirm Your Suspicions
By Kristine Fellizar
Get Even More From Bustle — Sign Up For The Newsletter